Kelvin Miller: Home Away From Home for the Troops 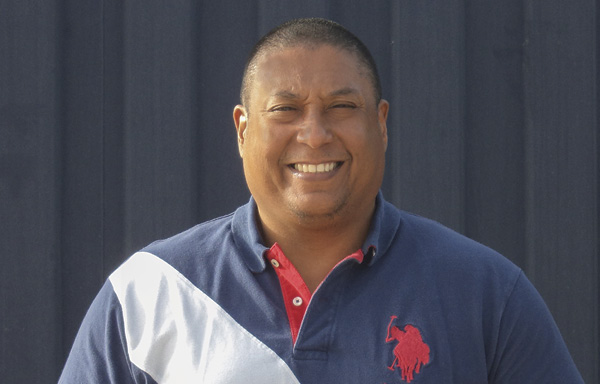 Kelvin Miller is an equipment and mobility readiness spare parts allocation supervisor with military contractor DynCorp International, in Dohar, Qatar. He has held this position since 2013.

Responsibilities: Managing and shipping equipment to the field to support Air Force deployments in the Middle East.

My father served in the Air Force for 26 years, flying into hurricanes and typhoons to collect storm data for the National Weather Service. We lived in Japan, California, Guam, and Mississippi. After I completed my associate's degree, I joined the Air Force as well. I was placed in supply, where I held several different jobs.

In my first job, we handed out chemical warfare gear, plus boots, clothing, and safety items. In other roles, I picked up, delivered, and ordered maintenance parts and worked in a warehouse. I deployed to Saudi Arabia and Kyrgystan, did two tours in Kuwait, and three in Iraq.

While serving, I earned an associate's degree in logistics from the Community College of the Air Force, and then my bachelor's degree from American Military University. When I made the transition to civilian life, I took my current job in Dohar, Qatar with DynCorp International.

As an equipment and mobility readiness spare parts supervisor, I support active duty Air Force personnel by handling war reserve material assets. These are mainly housekeeping sets, with all the items needed—tents, refrigerators, tables, chairs, washing machines, dryers—to provide living quarters for 500 to 1,000 people on deployment. My team manages the inventory and gets it ready to deploy when it is needed. I report to the supply chain manager, and several warehouse workers report to me.

I maintain data on these assets in three information systems, two operated by the Air Force and one by DynCorp. We are currently conducting a major internal records overhaul, to match them against the physical inventory. We're doing research on our records and trying to locate certain property.

Normally, when equipment stays in the field for more than a few months, it's transferred from our books to the deployed unit. But we have some assets on our books that have been in the field for far longer than that. We're working to resolve any discrepancies.

The hardest job I've ever had to manage was the expeditionary theater distribution center in Kuwait. That happened when Iraq was still "hot," and all the troops going there filtered through Kuwait. We issued them body armor and chemical warfare gear. With so many people coming in and out, building equipment bags and receiving them again when the troops returned became a 24/7 operation.

When deployment ended, the troops were tired. They didn't want to go through the bag return process; they just wanted to go home. The biggest challenge was to get cooperation from the commanders to make sure their people listened to our instructions, so they could get in and out quickly.

As I work on my master's degree, my focus is on reverse logistics, which has become a popular discipline in the past few years. I look forward to becoming the first person in my family to earn a master's degree. That's my biggest ambition right now.

What have you achieved in your career that makes you especially proud?