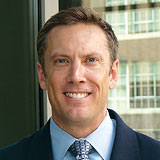 When the United States signed the North American Free Trade Agreement (NAFTA), which included a commitment to open our roads to Mexico’s cargo trucks, we were paving the way for economic opportunity, job growth, and prosperous foreign investment. Unfortunately, the United States has never fully complied with NAFTA’s cross-border trucking program, costing our country billions and presenting a serious roadblock to economic recovery and prosperity.

The history of NAFTA’s trucking program is one of mixed messages and missed opportunities. Though the agreement entitles Mexican trucks to enter the United States to deliver cargo, we have only allowed access during a brief cross-border demonstration project. Installed after the United States was found to be in violation of NAFTA, the project allowed a select number of trucks to travel U.S. highways. While not technically fulfilling the agreement, it soothed tensions until last year, when Congress canceled the project and reinstated the ban.

Adherence to our current policy allows foreign competitors to take U.S. market share in Mexico, which we may never recover. Laborious cargo border transfers have also raised consumer prices. If the trucking program is reinstated, tariffs and transfer fees would be eliminated, spurring export activity and economic growth, creating new and higher-paying jobs, and reducing prices.

As damaging as tariffs are, worse consequences may be in store. Violating our agreements creates distrust and jeopardizes trade opportunities, globally and with Mexico, our second-largest buyer of exports. U.S.-Mexico trade quadrupled under NAFTA, with trucks carrying 75 percent of goods. Maintaining strong, open relations is imperative – but unlikely without reinstating the cross-border trucking program.

To add insult to injury, we’ve imposed no Canadian counterpart to the cross-border ban, which many in Mexico could perceive as prejudice. While critics cite safety concerns, statistics and proven safety measures further expose these arguments as a red herring.

When it comes to safety, Mexico may have more cause for concern than the United States. As part of the demonstration project, the Federal Motor Carrier Safety Administration inspected 5,000 long-haul Mexican trucks. Only 9.2 percent were placed out of service, compared to a 22-percent out-of-service rate for U.S. trucks. Nonetheless, Mexico has continued to allow our trucks on its roads.

To date, no accidents in the United States involved Mexican carriers. Support of the cross-border trucking program, and a desire to keep America safe, are not at odds. Inspections and other measures continue to maintain the highest safety standards.

The Obama Administration is reportedly devising a plan to address the trucking dispute, and U.S. business advocates are working to ensure progress, but more voices are needed. Contact your Congressional representatives and ask them to reinstate a trucking plan that satisfies NAFTA and addresses safety.