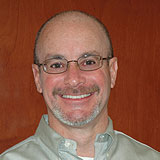 Effective Jan. 26, 2010, U.S. ocean freight importers must complete a properly executed Importer Security Filing (ISF) before loading cargo onto a vessel at a foreign port. Also known as 10+2, the Customs and Border Protection (CBP) regulation, intended to ensure the safety of ocean containers entering U.S. ports, requires U.S. importers or agents to electronically submit 10 key pieces of data about the container's contents 24 hours prior to loading. It also asks the steamship line to electronically submit an additional two data points no later than 48 hours after departure.

The 10 data points required are:

An 11th data element, the master bill of lading number, is also required of the importer. Although not readily discussed in 10+2 circles, the absence of this critical data element will delay the ISF process. The two data points required of the steamship line are the vessel stow plan and a container status data message.

All ISF filings must be submitted electronically via the Automated Manifest System or Automated Broker Interface. If there are changes to the data points, the filer must update them before the goods arrive in the United States. Should unfiled cargo be inadvertently loaded at the foreign port, it will likely be off-loaded at another port of call prior to reaching the United States. Imagine the headache this could cause the importer. ISF is certainly not foolproof.

Years in the making, the ISF regulation pushes the responsibility—and risk—across the ocean and back to the foreign port. For those who suggest that ISF is another security provision adversely affecting supply chain velocity, consider the alternative.

In the wake of Sept. 11, many pundits suggested that every ocean container entering the United States be X-rayed prior to clearing customs. Think about the magnitude of that task and the required resources. This effort would have left produce rotting in the harbor waiting for an X-ray and cut supply chain velocity to the speed of a 10-mile highway backup—not to mention the added cost to importers.

By comparison, ISF is a reasonable measure that, while not flawless, offers U.S. importers a greater level of security with a minimal time and cost burden. Failure to comply with the new law subjects shippers to fines up to $5,000 per occurrence for a first offense.

To avoid costly fines, most importers will ultimately rely on an agent to make the filing on their behalf. The fee most agents assess for this service is negligible compared to the surcharges and time delays that might have occurred under the container X-ray plan.

CBP is committed to fully supporting the trade community as it strives to comply with the new regulation. The Department of Homeland Security has pledged to analyze the data procured to determine whether the data points should be eliminated, modified, or remain unchanged.

The ISF regulation may not be a perfect plan, but it is a step in the right direction.

Related Articles
Global Trade Changes CourseHow to Prepare for the Food Safety Modernization ActAre You Ready to ACE It?10 Steps to Import ComplianceU.S.-Canada Trade: Getting a Line on Cross-Border ShipmentsWhat Midmarket Companies Need to Know About Trade CompliancePreparing for New Trade RegulationsThe Ins & Outs of Import/Export SuccessTake Control of Your Imports – Save Time and MoneyAvoiding Freight Detention and Seizure More related articles...