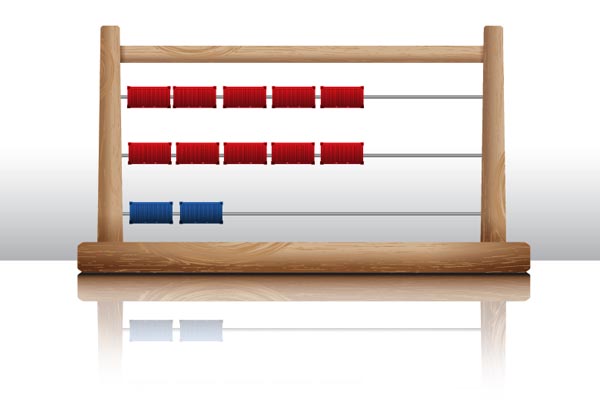 Importers and exporters must make sure CBP's new 10+2 equation adds up. Here's the formula for successful compliance.

Importers and exporters have spent a lot of time trying to figure out 10+2 lately—and they are not practicing basic math skills. They are working toward complying with a new U.S. Customs and Border Protection (CBP) cargo security regulation. The Importer Security Filing (ISF) regulation, enacted in 2008, but put into full effect on Jan. 26, 2010, is commonly referred to as the 10+2 initiative because it requires importers/exporters and ocean carriers to provide trade data—10 elements and two elements each, respectively—for all non-bulk ocean cargo shipments arriving into the United States.

Under the new rule, before merchandise arrives by vessel into the United States, importers—or their customs broker or freight forwarder—must submit certain cargo information to CBP in the form of an ISF. Importers/exporters must now send CBP 10 data elements; file the first eight no later than 24 hours before the cargo is loaded on its U.S.-bound vessel; and submit the last two no later than 24 hours prior to the ship's arrival at a U.S. port. Carriers must also submit two elements.

While providing this new data has caused headaches for many importers and exporters, the reasoning behind the regulation is sound: CBP wants to improve its ability to identify high-risk shipments in order to prevent smuggling and ensure cargo safety and security.

"We can't physically examine every load of cargo, so we have to rely on data to help us screen and filter out shipments most at risk," explains Rich DiNucci, CBP's director of the secure freight initiative. "Having accurate data helps CBP determine what action to take to mitigate whatever risk might be associated with a shipment."

Based on what the data indicates about a particular shipment, a CBP screener might, for example, decide to X-ray the container, perform a radiation detection test, conduct a physical exam, or request more information from the importer. The additional data that importers provide as a result of 10+2 will help CBP refine its process of determining cargo risk.

"We always look to improve our screening and security procedures," DiNucci says. "10+2 came about as a result of our internal reviews, as well as Congressional oversight."

The specific data elements that importers must now provide are surprisingly simple and equip CBP with transaction basics such as: What is the actual cargo? Where did the cargo originate? Who are the parties involved in transporting the cargo? At what point do certain parties touch the cargo and the container?

"With the new ISF regulation, we know who sold the goods, who bought the goods, where the container was stuffed, and if the goods are sold in transit, among other information," DiNucci explains. "It provides greater transparency."

But is what's good for CBP also good for importers and exporters? Opinions vary, but many shippers find that compliance has its benefits, even though it has proved challenging. One example: some importers have discovered additional supply chain visibility as a result of obtaining the data that CBP requires.

"Many importers must deal with a black hole—from the point in the supply chain when merchandise leaves a manufacturer's factory until a freight forwarder takes possession of the goods," says Virginia Thompson, director of import/export operations and international trade compliance for furniture and home furnishings chain Crate & Barrel.

"By requiring us to gather more information about that time frame—who is putting the goods in the container, and where and when that is happening—the ISF regulation has provided additional supply chain visibility," she continues. "Now, if we encounter a shortage or damage, we know more quickly and easily how to resolve the situation and identify the liable party because we have to compile that data."

The additional data also helps the company control transit times, and identify consolidation opportunities among its many overseas manufacturers.

Crate & Barrel imports approximately 7,500 40-foot equivalent units annually—about 60 to 65 percent of what the company carries in its Crate & Barrel, CB2, and Land of Nod stores. The retailer deals with more than 30 countries of origin and more than 600 active import vendors. It also boasts a growing export business, as it begins to open international locations.

Integration Point 10+2 facilitates Crate & Barrel's ISF filing while allowing the retailer to retain control over the process. When overseas vendors are ready to ship an order, they send Crate & Barrel an advanced shipment notice (ASN), which contains traditional data such as what items are being shipped and when. It also contains new information, such as stuffing location, that the company needs for ISF filing. Crate & Barrel then uses that information to build the ISF file in its enterprise resource planning system and sends that file electronically to Integration Point.

While the process sounds fairly simple, getting all the various supply chain players in line has been a complex task. Crate & Barrel asked its vendors to provide ASNs at least three days before a vessel sails so the company has enough time to receive the information into its system, validate the data, and resolve any questions or issues—no easy feat.

"We depend on vendors to provide the correct information when we need it," Thompson explains. "But they are still confused about what information they have to supply and where they need to input it. We've spent a lot of time auditing the ASNs and going back to the vendors to explain what we need."

Once the vendors are better educated and accustomed to using the system, Thompson expects it will only take about 10 man hours a week to file its 7,500 annual ISFs.

ISF filing can get even trickier when an importer based in the United States is part of a company headquartered in another country. Such is the case for Yamaha Corporation of America, the world's largest manufacturer of musical instruments and a leading producer of audio/visual products.

In order to comply with the 10+2 regulation, Yamaha had to find a way to encompass the roughly 1,700 to 1,800 annual ISF filings to be done by its headquarters in the United States and Japan, as well as 14 Yamaha and OEM factories, in addition to some 30 other shipping agents. Adding to the complexity, the company's numerous corporate units use different codes for Yamaha's various musical instruments, electronics, and professional audio products.

"We have our own item numbers in the United States, but our parent company in Japan and factories in China, Malaysia, Indonesia, and Japan use a global material code (GMC)," explains Juna Kim, import/export director for Yamaha.

When the company searched for a vendor to provide an electronic ISF filing solution, the ability to marry those diverse codes topped the list of criteria. "Another compliance requirement was that each factory could access only its own product and client information," Kim says.

It found the solution from QuestaWeb, a global trade management software provider in Westfield, N.J. The company's products operate on a Web-based, modular architecture that offered Yamaha important customization.

"QuestaWeb created an upload program that lets our parent company in Japan and our Asian factories use the GMC codes, and the system automatically finds the matching U.S. item code," explains Kim. "It then extracts all the necessary information we need for ISF filing, and pushes the data electronically to CBP."

"The biggest challenge for ISF filers has been gathering the information in a way that works best for them," says Wayne Slossberg, vice president of sales, QuestaWeb. "The system is flexible enough to work for both the filers and their outside vendors."

Thanks to this method, Kim did not worry about meeting the January 2010 deadline. "Yamaha has been 10+2 compliant since we filed our first ISF shipment in June 2009," she notes.

In addition, she has benefited from the system's reporting capabilities and the increased data she now has at her fingertips. "I can run reports to see how many shipments each factory is creating, and what kind of product they are bringing in," Kim explains.

"Though ISF has been complicated for many importers, compliance has helped them automate and improve visibility to their entire supply chain," says Slossberg.

So what can importers and exporters expect now that the Jan. 26, 2010, deadline for ISF filing has come and gone? CBP can issue liquidated damages of $5,000 per violation to importers filing an inaccurate, incomplete, or untimely ISF filing.

CBP may also withhold the release, unloading, or transfer of cargo that arrives in the United States without an ISF filing; and could also subject non-compliant cargo to "do not load" orders at the point of origin. The agency will be using a graduated approach to enforcement, however, to give importers and exporters a chance to adapt to the new regulation.

"We know some importers/exporters are facing filing challenges and we've made it clear that we will not jump all over them with claims and penalties immediately after Jan. 26," CBP's DiNucci says.

"But shippers can expect to hear from us if they are not filing."