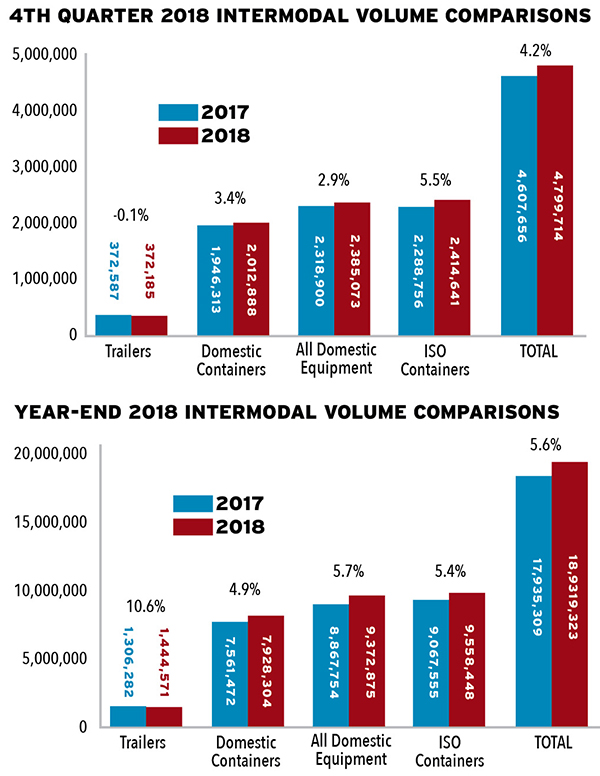 "All intermodal markets recorded an increase of at least 4.9 percent, and all regions saw traffic climb during 2018," says Joni Casey, president and CEO of IANA. "While we did see some year-end tapering, total volumes increased 5.6 percent for the year."

The seven highest-density trade corridors accounted for 62.6 percent of total volume and were up collectively 5.1 percent for the fourth quarter. Growth ranged from 13.1 percent in the Midwest-Northwest corridor to 0.9 percent in the Trans-Canada lane. The South Central-Southwest lane advanced 9.7 percent, while the Intra-Southeast was close behind with 9.4 percent. The Southeast-Southwest lane booked a 7-percent gain, and the Northeast-Midwest corridor saw a 5.7-percent increase. The Southwest-Midwest managed 1 percent.