Intermodal Transport: Finding the Road to the Right Track 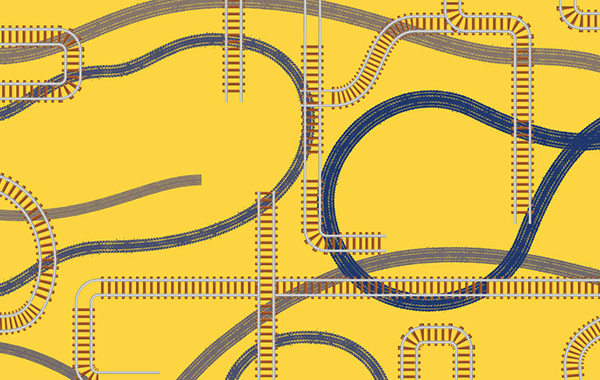 Tight trucking capacity, the strong economy, and ongoing improvements on the rail are spurring more shippers to consider intermodal transportation. But finding a container, or a truck to haul it to or from the rail terminal, isn't always easy, either.

A strong economy and ongoing driver shortage—both keeping truck capacity tight—spell good news for intermodal transportation in 2018. Intermodal shipments in the second quarter of 2018 were up by 6.2 percent, compared with the same quarter in 2017, reports the Intermodal Association of North America (IANA) (see sidebar, page 45).

International intermodal saw the smallest increase, with 4.8 percent more traffic in the second quarter than the year before. The volume of domestic intermodal container shipments rose by 6.1 percent, and intermodal trailer loads by 18.1 percent.

"Strong retail sales, consumer confidence, and industrial production are all good for intermodal," says Yeager. Robust demand for imported products also puts more containers on the rails once they arrive by ship. "A lot of those imports are transloaded onto intermodal equipment and hauled across the country," he adds.

In an ironic twist, though, the more popular intermodal grows, the more it gets squeezed by the same capacity problems that plague trucking. That's partly because an intermodal move—even though most of it occurs on the rails—still needs a truck to pick up the container at origin and deliver it to the destination. Drayage companies face the same capacity pressures as long-haul trucking companies.

"Transportation faces a significant driver shortage all over the country today," says Ken Kellaway, president and chief executive officer of RoadOne International Logistics, an intermodal drayage firm based in Randolph, Massachusetts. That can make it hard for shippers to get trucks to move intermodal containers.

Despite ongoing efforts to improve processes, the railroads struggle with capacity challenges, too, Kellaway says. During periods of heavy volume, it isn't easy to position enough containers where shippers need them most. "When things are busy, as they are now, we see major tightening in places such as the Los Angeles corridor," he says.

"Equipment availability has continued to tighten up, more so now that we're into peak shipping season," agrees Tony Barnes, vice president of intermodal operations at ROAR Logistics, a Buffalo, New York-based company that provides door-to-door and ramp-to-ramp intermodal service throughout North America. "That, coupled with decreased drayage capacity in some key markets, will continue to present a challenge to carriers and shippers throughout the remainder of 2018, and into 2019."

In addition, shippers that use intermodal contend with certain challenges that have marked rail transportation for a long time. One is a problem with inconsistent transit times on certain lanes, causing freight to often arrive either too early or too late. "This drives extra costs and inefficiencies in the supply chain," says Yeager.

Hub Group uses a couple of strategies to soften the effects of inefficient services. "We have GPS on all our containers and try to have the best visibility to when a train will actually arrive," Yeager says. The company also tries to offer alternative routings to avoid lanes that are particularly inconsistent.

The good news for intermodal shippers is that Class I railroads are working to make their services more available and more reliable. "The railroads have been investing in purchasing additional containers and adding capacity to their networks, opening new terminals, and making other improvements," says Dave Menzel, president and chief operating officer at Chicago-based Echo Global Logistics.

"The railroads are continuing to invest in overall infrastructure within their various networks and terminals," says Barnes. Railroads are also re-designing their intermodal networks, eliminating and re-routing lanes to reduce gateway bottlenecks in an effort to reduce transit times. Some of those changes will create a challenge for shippers and their third-party partners in the short term. "However, I'm optimistic that, in time, those changes will improve the overall intermodal product for us as well as for the shipping community," he adds.

CSX discussed its network changes, and the challenges they pose, in a letter to customers from Mark Wallace, executive vice president of sales and marketing. The letter also highlights measures CSX has taken to promote excellent performance during the pre-holiday peak, especially on the Chicago to Jacksonville, Jacksonville to the Northeast, and Chicago to Syracuse routes.

"We have added train capacity to support more days of service, as well as extended and new services with crews available to perform and locomotives placed strategically along our network," Wallace says. Among other moves, CSX has also added lift equipment, chassis, and personnel at its terminals, stocked replacement equipment parts, and secured local drayage.

The ongoing development of logistics parks, which put rail terminals, truck terminals, and distribution centers all within easy reach of one another, makes intermodal more attractive. "All the distribution centers and truck operations are migrating toward those logistics parks, which are typically farther away from the metropolitan areas," Kelloway says, pointing to development in Joliet, Illinois as an example.

New inland terminals in places such as South Carolina and Georgia also give shippers more options for using intermodal, making it a more viable choice for shorter hauls than in the past. "They're competing with us in a lot of instances," Kellaway says, referring to the short hauls that a drayage company such as RoadOne would traditionally handle. "But we establish locations at a lot of those terminals as well, and deliver from there."

As the role of intermodal continues to grow, supply chain professionals find themselves more often calculating the benefits of that mode versus OTR transportation for particular shipments or lanes. Since intermodal is usually less expensive, and OTR is faster, shippers need to weigh what they're willing to pay against the urgency of the shipment.

"Shippers have to evaluate overall costs, and determine the production and shipping lead time they need to have in place to meet their customer's delivery requirements," says Barnes. If a consistent, seven-day transit by rail will do just as well as a four- to five-day transit by truck, customers can take advantages of the cost savings that intermodal can typically offer.

"Shippers are trying to balance how critical it is to the supply chain that a shipment shows up at a very specific time, and what the cost differentials would be," says Menzel. Larger shippers tend to be more comfortable with those tradeoffs than the small or mid-sized companies that Echo primarily serves. "We can help educate and convert those companies so that maybe a component of their freight moves over the rails, which will bring their costs down," he says.

Shippers also need to consider whether a particular commodity lends itself to rail transportation, Menzel says. Fragile items that can't be packed to avoid jostling in transit might be a better fit for truck, whatever the other considerations.

As over-the-road capacity remains tight over time, intermodal may be starting to play a different role in many supply chains. The mode is starting to emerge as more than a stopgap measure that shippers can use when they can't find trucks.

Says Anthony Hatch, principal at ABH Consulting in New York: "It's actually a long-term part of the strategy."

Could Numbers Be Better?

While some were celebrating the 6.1-percent rise in domestic intermodal volume during the second quarter of 2018, Anthony Hatch, principal of ABH Consulting in New York was somewhat disappointed. "While that is more or less in line with its recent trend, the tightness of capacity in the domestic transportation market suggests that growth could have, and perhaps should have, been significantly higher," he says.

Between the driver shortage in the trucking industry, the lack of government spending to improve U.S. highways, and ongoing improvements to the rail network, the rails should be attracting even more freight than they have, he says. "I think they will be by the end of 2018, and into next year," Hatch predicts.

One reason to expect this change is that the railroads are about to complete some important infrastructure improvements, promising even better service than they offer now. "It takes nine months from when you identify a shortage to when you solve it," he says. "And we're about at that point." 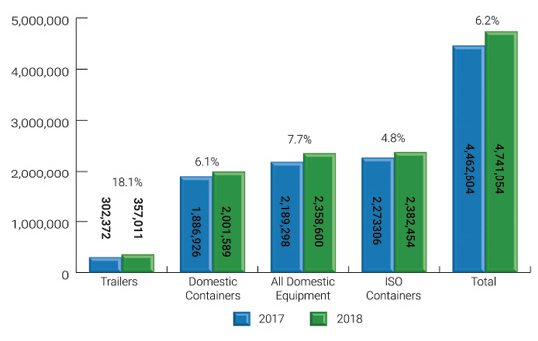 In It For the Short Haul

Facing a capacity crunch in intermodal drayage, some transportation brokers and their customers find help from DrayNow, an electronic marketplace focused on the intermodal first and last mile. Based in Philadelphia, DrayNow has been connecting intermodal loads with drayage haulers since May 2017.

Mike Albert, founder and CEO of DrayNow, built the service to help relieve the pressure that has been building as more shippers choose intermodal. "The industry growth trend of 7 percent year over year is not sustainable with current drayage capacity shrinking by 7 to 3 percent year over year," he says.

Electronic load boards have been around for years, of course, but more broadly focused services aren't designed for the short hauls required in the intermodal market. "Our DrayNow tool brings transparency and speed to a transaction that previously had little or no technology," Albert says.

The service has been seeing double-digit growth, month over month, he adds.