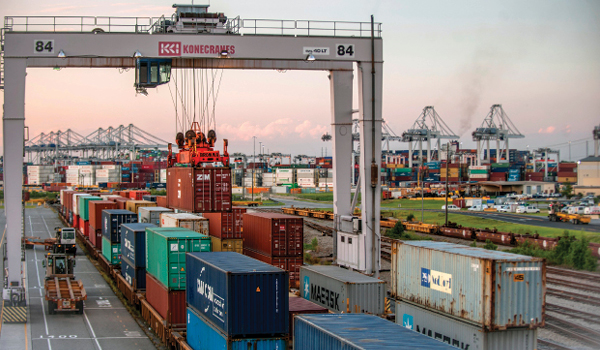 "The imbalance between imports and international volumes in 2016 has reversed, resulting in a strong 4.7-percent volume gain for the year," says Joni Casey, president and CEO of IANA.

In this fourth quarter, the seven highest-density trade corridors accounted for 62 percent of total volume and were up collectively 3.7 percent.

Traffic for Intermodal Marketing Companies increased 16.8 percent year-over-year in Q4; almost all that gain took place in the highway segment.

This is the second consecutive quarter when both intermodal and highway loadings increased. For the full year, IMC volumes were up 5.4 percent, with highway moves growing at about twice the pace of intermodal loadings, IANA reports. 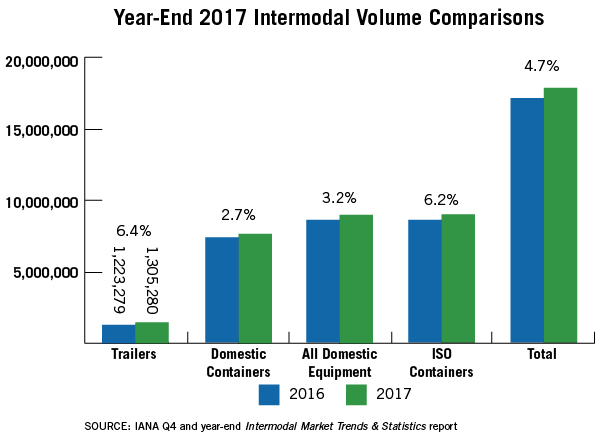 Related Articles
Optimizing Freight SpendThe Keys to Dangerous Goods/Hazmat Shipping ComplianceTurn to Technology to Attract the Next Generation of WorkersTransparency to Efficiency: How IoT Can Increase the Productivity of Your Transportation (Sponsored)5 Hacks for Recruiting in Supply Chain ManagementAdding Value to Your Supply ChainCarrier Network Plants Seeds of Delivery EfficiencyIncoterms: Playing by the RulesMost Mid-Market Supply Chains Are Under-ServedRedefining Globalism? More related articles...