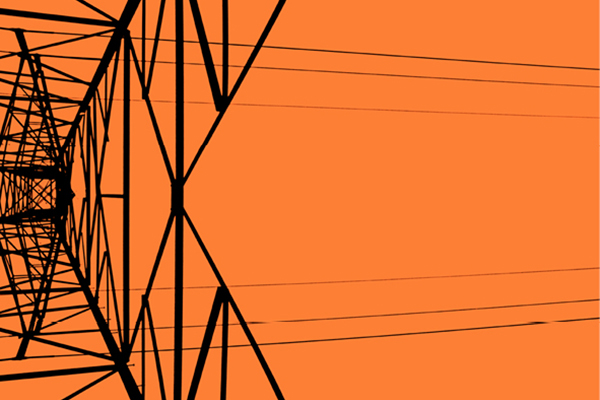 When a company nears a major site selection decision and narrows its favorites to two or three finalists, little often separates one community from another, says Matt Ryder, managing principal with Cresa, a Washington, D.C.-based commercial real estate firm. Energy, tax, and land incentives can be the final ingredient that kills or clinches the bid of a potential location.

"When you get down to the last two or three cities, usually any of them are going to work for a company," says Ryder, whose practice includes economic development incentives analysis and negotiation. "They're all viable if they've made it that far. So it becomes about deciding which one is special—which one is putting itself over the top. It can be any number of things, but when there's a match between the incentives offered and the usability of those incentives for the company—that can be the key."

Beyond their economic benefits, incentives play an integral role in site selection decisions. Incentives also demonstrate how much a locality wants a project and how reliable it will be as a long-term partner.

"We often start by evaluating how incentives will play into the overall project economics," Ryder says. "But then later in the process—when you narrow the choice to a couple of geographies—the conversation tends to shift toward the idea that a community is truly stretching to attract the business.

"That means as we think about the operational life of the site selection project, which is typically a long-term decision, we feel like that community will be a good partner in the future," he adds.

The Importance of Usability

The incentives' value to a company depends on the location of a site and the nature of the project, says Steve Brunson, principal, credits and incentives, McGuire Sponsel, a specialty tax and consulting firm based in Indianapolis.

Incentives are especially important in areas with high property taxes, abatements, or PILOTS (payments in lieu of taxes). Incentives also can help address challenges related to a limited or untrained workforce.

"Training programs are becoming more important and more prevalent," Brunson says. "With the economy approaching virtually full employment in many regions, workforce is increasingly becoming a driving factor in location decisions. Programs that allow employers to hire under-skilled employees and train them can be very effective."

The value of training-related incentives is tied to how easy they are to access and use. "The more reporting, red tape, and third-party involvement required, the less appealing they can be," Brunson notes.

The ability to use incentives is as critical as their nominal value. Localities sometimes offer incentives to a company without studying the business. For instance, Ryder sometimes represents pre-profit technology companies that are not yet taxpayers.

"The reality is that a company doesn't need to be a taxpayer to have a significant economic impact on a state and local economy," Ryder says. "So to limit the value of incentives to tax credits would be outdated. When a local or state economic developer comes forward with a more usable set of incentives opportunities, that's a good indication they're going to help the business in the longer term."

In today's competitive climate, incentives customized to a company's needs can be essential.

"If training and ramping up the workforce is the biggest need, then incentives should address this area," Brunson says. "If high property taxes affect operational profitability, then property tax incentives are critical."

Communities do not always have the flexibility within local and state laws to develop fully customized incentives, though larger projects can allow for more tailoring potential. Still, within existing frameworks, localities can ensure they communicate the applicability of their incentives to companies.

Occasionally, localities give companies a host of available incentives, but "the company sifts through them and realizes that not all of what's being pushed is actually useful," notes Ryder.

"The better approach is to say, 'We've taken the time to understand your business, this operation, and your objectives, and we're going to come forward with a package that will be valuable to you,'" he adds.

McGuire Sponsel looks at three key components when evaluating incentives and comparing them across locations:

For example, the higher cost of new construction that accompanies a good economy can be addressed with incentives.

"Just because an incentive offer is larger on paper doesn't make it better," he points out. Sites that are at a strategic disadvantage often need a healthy incentive package to level the playing field with competitors.

"We plug incentives into the overall net tax and gap analysis to get a comprehensive comparison of sites," Brunson says. "The more gaps a site has, the greater the value of the incentives need to be to be competitive. Low-tax, low-cost, and strategic locations may come out on top even with smaller nominal incentive values."

In short, companies in site selection mode should analyze how they will use incentives.

"When tax credits, deductions, abatements, and other factors are involved, companies should pay close attention to the actual tax effect," Brunson recommends. "This may require projections and multi-state analysis. The last thing anyone wants on either side is for an incentive to fail to meet its objective. Companies need to remember that not all dollars are the same. They must always analyze utilization."

Providing a comprehensive incentive package requires more than the work of a single entity. The development and offering of incentives by localities typically are the result of a team effort involving a range of partners. Power providers can be particularly important to the development of incentive packages that provide usable and impactful benefits to companies considering sites.

Hoosier Energy, a generation and transmission cooperative providing wholesale electric power and services to member distribution cooperatives in central and southern Indiana and southeastern Illinois, has demonstrated a consistent commitment to economic development.

Its dedicated economic development team, which has expertise in site location assistance, planning and zoning, and local and state incentives, prides itself on preparing new and expanding companies to successfully do business in the region, says Scott Bowers, vice president of public policy and member services at Hoosier Energy.

The cooperative's efforts in 2018 helped generate 2,515 new jobs in Indiana and Illinois and more than $730 million in new capital investment, while leading to the addition of 38.5 megawatts of new industrial and commercial load. Incentives are a key piece of Hoosier Energy's approach to economic development.

"Hoosier Energy is committed to economic development and we show it through incentives such as special economic development rider (EDR) discounts," Bowers says. "For qualified commercial and industrial customers, the EDR phases in their total cost for power over a 6-year span. The discount starts at 30% in year one and the 6-year averages net approximately 17% savings."

In addition to the EDR discounts, Hoosier Energy's board recently created a pathway for large customers to purchase power directly from the open market.

Beyond incentives such as the EDR and the ability to allow customers to buy from the open market, Hoosier Energy can offer unique infrastructure solutions through financing options, notes Bowers. The company also has in-house expertise to quickly design and build the necessary electric infrastructure.

"Moreover, we're able to move quickly to meet company needs because we are not required to go before the Indiana Utility Regulatory Commission," Bowers adds.

"A growing number of companies are approaching us to help them meet their renewable energy goals," Bowers says. "Hoosier Energy has been proactive in adding renewable energy options to its overall portfolio so we're ready to help.

"If a company chooses to locate at a member-served site today, 7% of its power will come from renewable energy," he says. "This number will increase to 10% in the coming months."

Hoosier Energy collaborates with its member distribution cooperatives, local economic development officials, and state economic development officials to develop comprehensive incentive packages that are customized to fit the needs of each individual company considering relocation or expansion. The cooperative's service territory has a competitive business environment and robust logistics infrastructure so that incentives often are "the cherry on top," Bowers says, for companies considering expansions or relocations.

"We often can offer an EDR or a creative electric rate structure to complement a larger state and local incentive offer," Bowers says. "Additionally, we work closely with economic development partners to provide the necessary infrastructure that provides companies with reliable, affordable power onsite when they need it."

That customer service component is a reminder that site selection decisions and the role of local partners in working to accommodate the preparation and maintenance of new sites have a myriad of components. Economic development and site selection experts say incentives can be a stimulus, but ultimately should be part of a larger analysis.

"Incentives play a role, but that role shouldn't be over or under emphasized," Brunson says. "The total project will also include tax effects, workforce availability and cost, transportation costs, utility costs, and more."