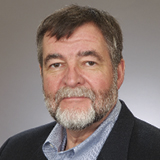 In an industry where speed of information is constantly improving, it is ironic that the actual speed of the various modes used to move cargo (airplanes, trucks, ships, and trains) has improved very little. That makes even the smallest improvement to the speed of delivery an important consideration. Improvements in speed of delivery typically involve changing processes and/or changing modes, such as a different distribution channel, or moving by truck instead of rail, air instead of ocean, etc.

Using an import express less-than-container (LCL) service, particularly from China, offers cost savings and faster transit times over traditional consolidated LCL services. This can be applicable to multi-customer LCL consolidation services, or a buyer's consolidation, where multiple suppliers for the same customer are consolidated at origin into a full container. In either situation, having the container devanned on the West Coast provides a number of express advantages to the importer.

Also, the transit times on the water are roughly two weeks to the West Coast, versus four weeks to East Coast ports. Rail service from the West Coast is a week shorter. Having one to two weeks for domestic distribution allows for more transport options to move product inland. Those options include trans-loading via full truck, partial, or LTL, as well as using package carriers, expedited ground carriers and air freight.

Of course, the import express LCL service provider must have access to competitive domestic pricing with the carriers being used for the potential cost savings to be realized. Those costs include fuel surcharges, which are more quickly adjusted than steamship bunker surcharges. In the current environment those savings are realized quicker on the domestic transportation.

The service provider must also have access to a reliable West Coast container freight station/warehouse that is well positioned geographically, and experienced in providing the multitude of services and domestic transportation options needed to successfully perform the distribution.

While it may be tough to see significant direct apples-to-apples transportation cost savings compared to ocean and intermodal, the flexibility of being able to use the one to two weeks from the West Coast gives the importer better ability to control delivery times, whether to a distribution center, or direct to the end-user. Additional cost savings as a result of faster transit times is the inventory carrying cost reductions based on product not being in the pipeline for as long as standard ocean import services.

If you utilize the import express LCL service, modify your distribution strategy by bypassing distribution centers where possible, and deliver direct to the end-user, especially in the western United States, there is a significant opportunity for cost savings, while getting product to market quicker.

Of course, this strategy doesn't work for every product, every circumstance, every importer, and every time. It was just one year ago when the West Coast port delays choked the supply chain. Importers are still smarting from the delays and associated penalties and costs incurred, and many have committed to alternative ports to avoid any repeat possibility. So it seems counter-intuitive to recommend funneling cargo through the West Coast, particularly with close to 60 percent of consumers still east of the Mississippi.

What a difference one year can make. The circumstances today are very favorable to using an import express LCL service as described. West Coast port labor issues are settled for now, congestion is not an issue, fuel costs are low, domestic transportation options are many, and the ability to take advantage of fast delivery to the end-user is better than ever.

To make this work, you need an experienced service provider, with a reliable West Coast warehouse operation, and a strong domestic transportation network, to help you put together an import express LCL program that delivers your product at a lesser cost, and faster than your competition.