How the Hub-and-Spoke Model Transformed the Transportation Industry 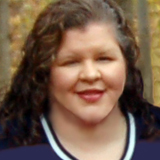 In the past, the transportation and distribution industry was guided by the principles of point-to-point or direct-route operations. Transportation networks were disorganized, and shipping, aviation, and transit companies were losing money.

As technology has developed, the logistics sector has found faster and more cost-effective ways of shipping freight. The hub-and-spoke model was born from industry’s efforts to develop more efficient networks.

To better understand the hub-and-spoke system, imagine an intricate bicycle wheel, with the hub as the strategic center of the network, and the spokes radiating out to connect it with remote points. The functionality of the hubs and spokes differ according to the industry.

In recent years, shipping companies have adopted the hub-and-spoke model to speed up deliveries and reduce costs.

Using this model, transports collect cargo from its point of origin (the tips of the spokes) and transport it back to a central processing facility (the hub). The shipment is then either warehoused or distributed directly from the heart of the network. Larger-scale companies operate several hub-and-spoke systems.

One advantage of the hub-and-spoke model it improved shipment tracking. When packages are shipped directly from the source city, there are far too many routes connecting them to a vast network of other cities. Monitoring a shipment in such a complex system would be a logistical nightmare.

Furthermore, since there would need to be mass coordination between cities, companies would need to spend money on staffing and properly equipping each facility. With the hub-and-spoke model, they only need to worry about one hotbed of shipping activity.

In particular, private fleet companies use the hub-and-spoke model to employ a pool of non-dedicated drivers and trucks across a wider area. The non-dedicated resources can be used in other ways until clients in that region request their services.

After the U.S. federal government deregulated the airlines in the late 1970s, most major North American airlines started using the hub-and-spoke model for daily operations. In this case, the hub is the central airport that flights are routed through, and the spokes are the routes planes take to transport cargo. Larger airlines have multiple hubs in their commercial network.

Before the hub-and-spoke system became the norm, airlines had to fly between two small markets under the direct-route or point-to-point system. Smaller airports offered too many undesired destinations, which often resulted in planes flying half empty. Shipping companies ended up losing money due to disorganized, multi-pronged routes from too many airports. It just didn’t make sense to make deliveries without filling planes to capacity.

The hub-and-spoke model simplified the aviation route network significantly. It has been used extensively to help airlines save money by ensuring fuller planes.

If your company hasn’t already jumped on the hub-and-spoke distribution network bandwagon, it’s about time you revised your current business practices.