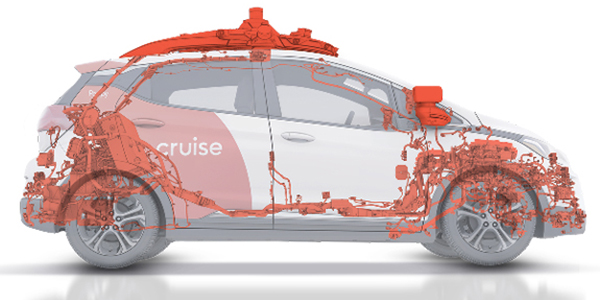 Cruise, GM's autonomous vehicle arm, was mainly focused on launching an autonomous ridesharing service, but may use its "robotaxis" for delivery services instead. It recently added Walmart as an investor in an extended fundraising round that grew to $2.75 billion, and had completed a delivery pilot with DoorDash in San Francisco even before the pandemic.

Once the pandemic hit North America, Cruise stopped the meter on its robotaxi testing and began delivering prepared meals for food banks. In November 2020, Walmart and Cruise also announced plans to test grocery delivery in Scottsdale, Arizona. Under the pilot program, consumers place an order with their local Walmart and have it delivered via Cruise's Chevy Bolt electric vehicles. The vehicles operate autonomously, but a human safety operator is behind the wheel.

Walmart has partnered with other autonomous vehicle developers, including Waymo, to test using the technology on a commercial scale. The retailer signed a deal with startup Udelv to test the use of autonomous vans to deliver online grocery orders to customers, and autonomous delivery startup Nuro launched a pilot program with Walmart in Houston in 2020.