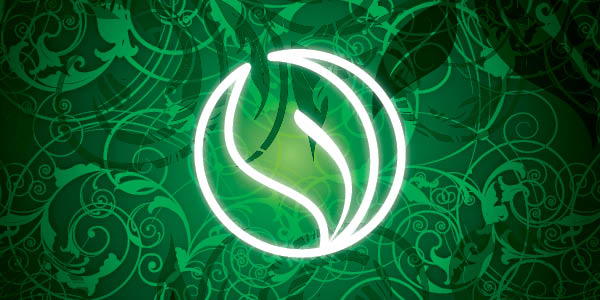 While freight costs and capacity dominate water cooler conversations, sustainability embers smolder deep within the supply chain. The fire is still perceptible. So are the justifications.

One reality of a successful revolution is that after the initial disturbance, everything recedes and slows down. The impulse for change becomes educated and strategic as players seek areas for reform. Then the movement accelerates again as new objectives emerge. The supply chain sustainability revolution is no different.

Sustainability took hold of the supply chain sector seven years ago as a result of countless triggers: Walmart; media and political representations of global warming/cooling; the wars in Iraq and Afghanistan and their impact on fuel prices; oil dependency and the promise of renewable energy sources; and the inevitable reality that supply chains had grown slack and inefficient after years of robust growth following the Internet boom.

Sustainability became a buzzword among consumers, a mark of progressiveness. And industry’s response was immediate and sweeping.

But with this response came speculation. Were ambitious sustainability programs really sustainable? When the push and pull between cost consciousness and environmental consciousness eventually came to shove, what would give first?

This point was addressed by Walfried Lassar, Ryder professor and director of the Ryder Center at Florida International University, at the 2008 Green Supply Chain Forum, when he teased an audience of logisticians by asking if the green consumer phenomenon was nothing more than a fad. That question still resonates for some.

Moreover, outward signs today indicate that the sustainability consciousness has hit a headwind. When Inbound Logistics polled the motor freight industry in September 2011, only 15 percent of shippers identified “environmental, regulatory, and security compliance” as their greatest challenge. Among carriers, 21 percent viewed “green mandates” as a concern. In 2008, that number was 41 percent. Both shippers and carriers overwhelmingly cited transportation costs (fuel, drivers, and equipment) as their greatest challenge.

Why the anomaly? For one, the business case for being green is reducing costs. So it may simply be a matter of semantics. The U.S. recession forced industry into a position where it needed to squeeze out as much inefficiency and waste as possible to raise the bottom line. In the process, companies achieved notable sustainability gains—whether they recognized it as such or not.

This demand, in concert with industry and government regulation, has pushed responsibility on the transportation and logistics sector to pick up and run with green initiatives. Many asset-based service providers have invested in equipment and technology far beyond what is regulated. Perhaps there is a genuine perception that industry is ahead of the curve.

Nick Pennell, founder of London-based sustainability consultant Lavery/Pennell, offers another consideration. In his paper, The Business Case for Supply Chain Sustainability, he points to a three-step phase where businesses unlock the true value of supply chain sustainability.

First, a corporation develops a sustainability baseline. Next, it comes to understand footprint and value drivers. Finally, the company identifies opportunities where it can align value and footprint drivers (reducing waste) or disconnects (transport time vs. fuel use). The majority of businesses have tackled the first step; the latter two remain unfulfilled, according to Pennell.

His premise suggests that while industry at large has identified sustainability impacts at certain links in the chain, and aggregated information around these points, many companies still don’t understand the supply chain drivers that influence their environmental footprint and the value that is attached to them.

“Adversarial procurement relationships” and myopic goals that are static and predetermined, rather than fluid and opportunistic, prevent companies from going all the way with their sustainability efforts, according to Pennell. What’s lacking, he says, is true partnership between companies and their suppliers. That’s why many businesses still find themselves measuring baseline metrics instead of pushing the needle, and seeking and/or seizing new opportunities.

The same can’t be said for the transportation and logistics sector.

One marker of the ongoing supply chain sustainability crusade is the shift of transport modes and logistics nodes toward a new, more radical way of thinking and operating. The trucking industry, for example, has long been the standard-bearer for U.S. commerce and global supply chains.

As the most important link between the first and final mile—in developing third-world manufacturing countries and Main Street USA—trucking companies have gone to great lengths to optimize routes, streamline tractors and trailers, eliminate idling time, and reduce fuel consumption. In many instances, sustainability initiatives have enabled carriers to remain competitive and profitable.

One example is Chattanooga-based trucking company U.S. Xpress, which spent millions of dollars over the past three years to bring 4,500 new units on line. By the end of 2012, the carrier expects to rotate out all pre-2010 models, and the company fleet will be exclusively running 2010 EPA-engine specifications.

It’s not just motor freight carriers that are investing in green. Ocean carrier Maersk Line has decreased vessel CO2 emissions by 15.6 percent since 2007 on a per-container-shipped basis. Its 2020 goal is a 25-percent reduction. Maersk is counting on a combination of new energy-efficient vessels, improvements to existing vessels, and operational techniques such as steady steaming to meet this goal.

Maersk’s green endeavors align with partner port efforts. The Port of Seattle, for example, offers the lowest carbon footprint for freight shipped by sea from Asia to major markets in the Midwest and East Coast, according to the Herbert Engineering Corp., an Alameda, Calif.-based ship design and engineering company.

West Coast third-party logistics providers operating around U.S. East Coast ports are etching their green marks, too. Performance Team, based in Santa Fe Springs, Calif., recently relocated a transload facility to an on-port terminal at Charleston, eliminating a 50-mile roundtrip drayage to an inland location. One customer estimates it will save 90,000 miles annually, which affects transport costs and carbon emissions.

In other cases, growing market share is a means toward greening the supply chain. Union Pacific has been laying its sustainability footprint for close to 150 years, since the completion of the Transcontinental Railroad in 1869. More recently, it acquired 100 new fuel-efficient locomotives, with plans to purchase an additional 200 in 2012. This investment has helped reduce its fuel consumption by 19 percent since 2000, equaling greenhouse gas emissions savings of more than 12 million metric tons.

These examples demonstrate that green investments and best practices are still in fashion. The fact that sustainability has lost some of the marketing buzz it carried a few years ago isn’t necessarily a negative. It may be a sign that awareness is maturing and becoming more strategic, even expected.

Supply chain precedence supports this perception, albeit in a different context. U.S. businesses today embrace security and risk management much differently than they did prior to Sept. 11, 2001. Tragedy spurred action and behavioral change, much of which was legislated and is now regulated. Over the past decade, businesses—as well as the general public—have become acculturated to a new reality.

Sustainability is following a similar trajectory. As Pennell suggests, it’s time for corporations to look beyond their own operational spheres and engage supply chain partners to push or pull sustainability standards and compliance, and share in its gains. Collaboration uncovers greener opportunities and attaches value across verticals. And sustainability is an ideal platform from which supply chain partners can engage and execute more sophisticated business process improvements.

The supply chain sustainability revolution is still spinning, even if it has slowed. Enterprises and industry are now exploring ways they can leverage existing investments and programs to identify areas for improvement. New objectives will be set: making renewable energy sources more affordable, raising the profile of intermodal transportation, and creating cross-industry benchmarks for sustainability performance, among others.

In the meantime, companies will stoke the fire knowing that green opportunities will continue to emerge. All it takes is a spark.

As part of our due diligence, IL editors solicited more than 200 transportation and logistics companies to complete a questionnaire specifying their investments in sustainability — ranging from fuel-efficient equipment to corporate-sponsored recycling programs, and everything in between. We also conducted our own research, online and over the phone.

Our focus centers on asset-based companies that have demonstrated measurable progress over the past few years as they integrate sustainability into their respective enterprises. The list does not include companies that tout technology or intellectual capital as green enablers. It’s not just a matter of being a facilitator and responding to customer demand; we value companies that are leading by example.