Outsourcing Distribution: Good For What Ales You 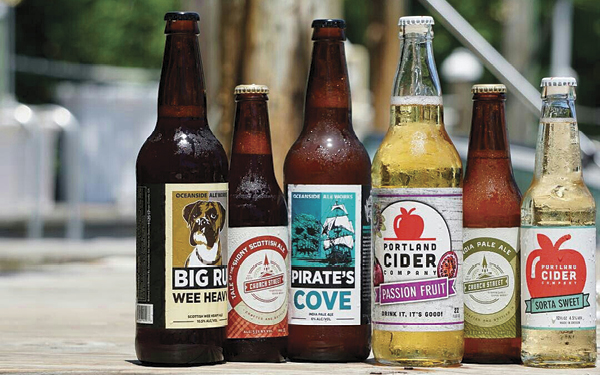 Thirsty to sell regional craft beer on a global scale, Velour Imports partners with a 3PL and hops to it.

When you think of craft beer, you might think of a guy sporting a bushy beard, flannel shirt, and thick-rimmed glasses brewing beer in his kitchen sink. The truth is, however, that the industry has taken off in recent years. As it turns out, beer aficionados have money to spend, and craft beer has grown to be a $300-billion global industry.

To be considered a craft brewer, beer makers must produce fewer than six million barrels of beer per year, and 75 percent of the business must be owned by a craft brewer, according to the Brewers Association. This means that any significant outside investment is against the rules, so craft brewers often lack the resources to market or ship their product outside of their local region.

Unlike large-brand brewers, who usually have their own transportation network and millions of dollars in marketing capital, craft brewers run a smaller operation. So, you might wonder how a craft brewer could ever hope to expand its sales reach.

Enter Velour Imports, an import/export firm specializing in American-made craft beer, wine, hard cider, and spirits sourced from microbreweries and smaller wine and spirit operations throughout the United States. Velour began with the singular goal of bringing Argentinian wine into the United States, but eventually expanded its mission to help craft brewers and wineries sell their products to luxury resorts and hotels around the world.

By using Velour to market goods, craft brewers can consolidate shipments with other small shippers, turning a historically regional product into one that meets demand in a global market.

And what does that mean, exactly? Simply, that Velour Imports is the Amazon of independent booze. Small operations use Velour to stock their product behind bars across the globe.

Originally, Velour set out to build a scalable storage and distribution model capable of handling its needs—planning to source craft beers regionally in Texas and distribute them globally. As anyone in the logistics field can tell you, that's easier said than done.

"We considered renting warehouse space," says Brooke Sinclair, CEO of Velour Imports. "However, the monthly leasing and overall operation costs were nearly $6,000. Those were unavoidable expenses before even making a sale.

"The main drawback of the brick-and-mortar warehouse model was a list of never-ending, repeatable expenses that must be paid," she says. "If I used that model, I would have set up the business to fail."

Velour's initial mission of importing wine from Argentina proved complicated enough on its own. But turning around to export a wide range of American alcoholic products to a broad array of countries—each with its own laws about importing alcohol—seemed near impossible. Without an experienced network of experts at its disposal, Velour's dream of exporting craft beers seemed as if it might end as just that—a dream.

Sending Out an SOS

Once Sinclair fully understood the scope of what she was planning, she realized she needed help. Global distribution takes specialized talent, knowledge, and facilities that Velour didn't have easy access to.

"In Houston, temperature-controlled warehouses with refrigeration are rare to find and expensive to lease," Sinclair says. "Thanks to the oil and gas industry, there is an ample supply of warehouse spaces, but they are mainly dry storage."

Fortunately, while amid a desperate search to find appropriate storage, Sinclair found help from an unlikely source: Twitter. "I tweeted a cry for help in locating a cold storage fulfillment center capable of handling alcohol," she says. "Distribution and fulfillment centers need a special license to transport alcohol."

Luckily, Global Distribution and Logistics (GDL) saw the tweet and reached out to offer its expertise. GDL—a full-service international freight forwarder and customs broker based in Chicago—provides third-party logistics (3PL), warehousing, and domestic distribution services throughout North America. It boasts a global network of partners and agents to help with situations such as the one Velour was facing.

Outsourcing distribution and logistics turned out to be a game changer for the exporter, enabling it to expand operations in ways it hadn't yet realized were possible.

Take One Down, Pass It Around

With foreign agents based in destination countries and knowledgeable logistics personnel already on board, GDL had the means in place to scale up Velour's sourcing and export operations quickly and efficiently.

"Supply chain operations and inventory management became seamless, streamlined, and cost efficient," Sinclair says. "GDL not only understood the end goal right away, but also what it would take to reach it."

While the supply chain itself creates sufficient complications for any shipper, the varying regulations between foreign destinations often present the biggest obstacle for exporters.

"The challenge for companies that wish to export goods and services is adherence to state and federal regulations, as well as compliance to all foreign regulations," says Tom Hullinger, regional vice president for GDL.

In the United States, alcoholic beverages fall under Alcohol and Tobacco Tax and Trade Bureau (TTB) control, so compliance to all TTB permit requirements is essential. Many foreign countries have strict standards and requirements for alcoholic beverages imports, and having foreign agents in place to assist in navigating through the procedures is critical for GDL.

"GDL's network of foreign agents is experienced, and has been beneficial to Velour Imports' ability to navigate the foreign regulatory hurdles," says Hullinger.

With GDL's help, Velour Imports found itself able to take an Amazon-style approach to business and grow far beyond the limitations it would have set on itself had it found a brick-and-mortar refrigerated space of its own. Through using a 3PL, Velour Imports can now source its products nationwide, and turn around and sell them to interested buyers just about anywhere.

For Sinclair, the new partnership presented opportunities for expansion that she didn't originally foresee. "Instantly going from regional to national distribution with near limitless possibilities was the biggest surprise," says Sinclair. "Another bonus was the ability to further expand Velour's procurement capabilities to distilled spirits whiskey, bourbon, vodka, and gin."

Breaking away from the mold of brick-and-mortar distribution allowed Velour to expand beyond craft beer into all categories of artisanal alcoholic beverages made in America—from craft beer and wine to hard cider.

Looking to the future, Velour has its sights set on the Caribbean. "GDL is excited to work with Velour as it attempts to expand into the Caribbean market," says Hullinger. "Our capabilities and experience in this region will allow Velour Imports to offer timely delivery of its product line cost effectively and efficiently."

Cheers to the Future

Sinclair finds herself looking forward to building upon the partnership. "We anticipate strengthening our core relationship, and the services we offer to buyers, as we move into the future," she says.

With solutions such as this one, the world gets a little smaller every day. Who knows, maybe next time you're in another country, you'll find that the hotel bar has your favorite local craft beer on tap. You just might have Velour Imports and Global Distribution and Logistics to thank for that.