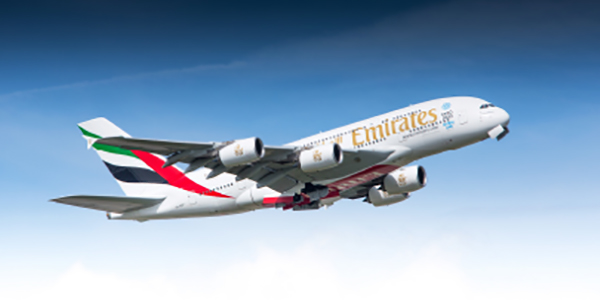 Emirates, Etihad, Saudia, Gulf Airways, flyDubai and Air Arabia suspended all flights to and from Doha “as instructed by the UAE government,” disrupting many global supply chains.

As part of efforts to sever contact, the countries shut down air, land, and sea routes, leaving only narrow air and sea passages in and out of the country, and making journeys by land impossible.

Doha, Qatar's capital city, is a major hub for freight moving between the Middle East and Asia. As such, transportation and logistics providers have been forced to reevaluate the way they move cargo in the region.

Port operator DP World, for example, closed all its ports to Qatari-flagged vessels, and the world's largest ocean shipper, Maersk Line, announced in a public statement that the turmoil left it unable to move shipments in and out of Qatar. "We expect disruptions to our Qatar services. The situation is very fluid," a Maersk spokesperson told Reuters.

Airlines also face obstacles, because most of the airspace surrounding Qatar is controlled by its neighbors. Flights in and out of Doha face bans or severe strict restrictions for at least the near future.

Inbound Logistics reached out to UAE-based cargo airline Emirates SkyCargo for a comment, and received the following statement: "As instructed by the UAE government, Emirates has suspended its flights to and from Doha, starting from the morning of June 6, 2017, until further notice. Customers who have booked cargo through Emirates SkyCargo to Qatar should contact their local Emirates SkyCargo office for alternative arrangements."

Without knowing when or how the situation will resolve, long-term supply chain effects remain difficult to predict. The disruption for ocean shippers has mainly been limited to container shipments. Qatar is the world's largest exporter of liquefied natural gas, but as long as Egypt doesn't close the Suez Canal to Qatar-flagged traffic, tanker shipments should continue to flow.

Any air or road trade in and out of Qatar will face extreme restrictions for the foreseeable future, so shippers must plan accordingly.