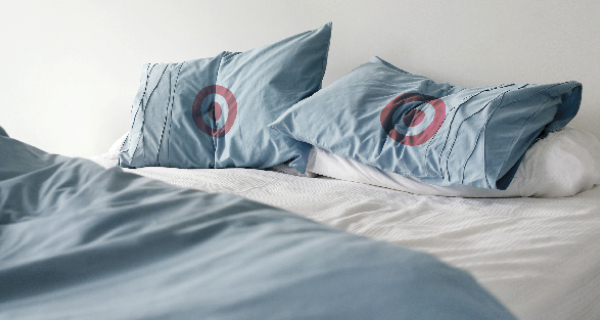 Target's supply chain got a wakeup call when supplier Welspun Inc. allegedly provided a fraudulent product. The retailer recently ended its contract with the India-based textile company, claiming that Welspun supplied Egyptian cotton sheets made from a lower-quality cotton between August 2014 and July 2016. Target's allegations drove Walmart, JCPenney, and Bed, Bath & Beyond to launch investigations into the same claim.

The news already has made an impact. Welspun lost more than $9 million in investments, reducing its market value by 47 percent. If the additional inquiries prove that Welspun did indeed provide the Egyptian cotton products it was supposed to, its stocks may recover.

But if the investigations reveal that Welspun duped retailers, it's difficult to believe that the company could rebound from the loss of so many major retail customers any time soon.

The results of Target's probe come as a surprise, as Welspun received the Cotton Egypt Association's (CEA) Gold Seal award in March 2016 for its high-quality products. But after analyzing the DNA of the cotton in various products, the CEA found that 90 percent of products on the market labeled Egyptian cotton were made from inferior strains of cotton.

Allegations like this one tend to push companies to reevaluate their supply chain sourcing strategies. If the results don't shake out in Welspun's favor, other manufacturers of Egyptian cotton products beware. It's likely that these investigations won't stop at Welspun.

Now that economic and trade sanctions against Iran have been lifted, the country is shopping around for new trade partners, and has its eye on Latin America. Recently, more than 100 Iranian state and private officials joined Foreign Minister Mohammad Javad Zarif on a diplomatic tour of Bolivia, Chile, Cuba, Ecuador, Nicaragua, and Venezuela.

Zarif notably expressed Iran's interest in getting involved with the $50-billion Chinese-led Nicaragua Canal Project, which is intended to rival the Panama Canal. China's HKND Group expects to begin construction of the proposed 172-mile canal at the end of 2016, and boasts that the canal will be deeper and wider than its Panamanian rival, allowing for more traffic and capacity.

Iran's involvement in large Latin American projects isn't as strange as it may seem on the surface. The country's government and private sectors are already heavily involved with other Latin American countries.

For example, it already has joint agriculture, energy, housing, and infrastructure projects underway in Venezuela. In addition, Iran recently loaned Venezuela $500 million to promote further joint projects in the country.

"The Islamic Republic of Iran has had strong and age-old relations with the Americas and Latin American states, and is determined to expand its relations with, and political and economic presence in, this important region of the world," Zarif told reporters.

Iran also shares a bond with Cuba, as both countries have recently gotten out from under severe trade restrictions. "Both Cuba and Iran have reached a roadmap after years of sanctions, which they should use to explore new economic opportunities and take advantage of each other's capabilities," said Malmierca Diaz, Cuban minister of foreign trade and foreign investment, at the August 2016 Iran-Cuba economic forum in Havana.

Export orders from manufacturers in the United Kingdom soared at the end of August 2016 in the wake of the Brexit referendum, in which British voters opted to leave the European Union (EU). The surge reached the highest point in two years, according to the Confederation of British Industry (CBI), a British business advocacy organization.

The rise is expected to be temporary, however. While the CBI report leaves manufacturers hopeful of continued growth into the third quarter of 2016, the likelihood of a lasting trend is low. The British economy will most likely slow as 2016 comes to a close, and continue to decline throughout 2017 as negotiations between the UK and the EU come closer to a resolution.

In addition, the British pound has continued to fall in value since the referendum, leaving British manufacturers to meet higher imported raw material costs with weak currency.

The CBI believes British officials can offset some of these effects if they can stand firm during exit negotiations. Specifically, negotiators should focus on five points, according to Shaping Our Future, a report from CBI:

If the UK and the EU can manage to set aside their negative emotions about Brexit, it's possible that they could reach an agreement where companies on both sides can still benefit from solid business relationships. In the meantime, businesses around the world that trade both in the European Union and United Kingdom are left waiting to see how things shake out.