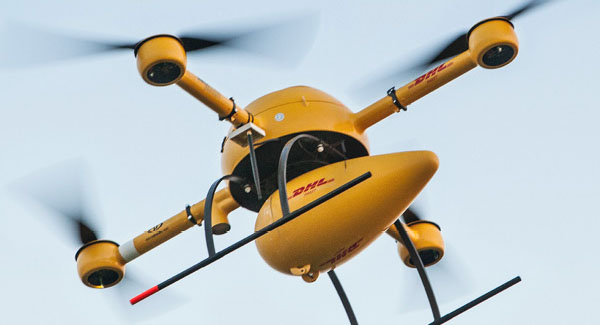 In the latest installment of the drone saga, German logistics company DHL is using a "parcelcopter" to make deliveries to the North Sea island of Juist, home to around 1,700 people. The company claims this is the first instance of unmanned aircraft transporting parcels in Europe.

Joining the ranks of Amazon and Google, DHL is launching a pilot project to explore the efficacy of using its parcelcopter to deliver medications and other time-sensitive goods to the German island. Drone delivery presents a new mode alternative when flights or ferries may not be suitable.

The drone can fly as fast as 40 miles per hour, and carry loads weighing up to 2.6 pounds. The flight is completely automated and monitored from the ground. Depending on weather conditions, the parcelcopter can make the 7.5-mile-trip to Juist in 15 to 20 minutes.

Critics of delivery drones have raised concerns over privacy, and the potential for mid-air collisions with other aircraft. For the Juist project, DHL received permission from the German transport ministry and air traffic control to use a restricted flight area for parcelcopter deliveries. Among specific provisions, the drone will not fly over residential homes.

If the trial is successful, the drone could be used to deliver packages to other remote areas or in the case of emergencies.

Given the trucker strike at the Port of Vancouver, and ongoing labor negotiations at U.S. West Coast ports, North American shippers are no strangers to dealing with work stoppages at critical supply chain pivots. Contingency planning, redundancies, and bi-coastal sourcing are the new normal.

But the threat is far from localized. In both emerging and developed economies, the growing importance of labor rights, and potential for supply chain disruption, has become a viable concern for global shippers.

Amazon employs more than 9,000 full-time and 14,000 seasonal workers at logistics centers across Germany, the company's second biggest market after the United States.

Indo-Pak traders have since called off the standoff after receiving assurances that some of their grievances will be resolved.

Their grievance? Truckers hadn't received a pay increase in eight years while the cost of living more than doubled during the same period. The strike lasted almost one week. Management ultimately settled on a new deal that gave truckers a 12-percent pay increase. This is the fourth strike to hit Chinese ports in the last three years.

In 2014, Triangle conducted interviews with B2C shippers, and collected benchmark service ratings for home delivery carriers. As part of its analysis, the consultant considered any instances of shippers deliberately stopping carrier usage.

In 2013, only four percent of shippers stopped using a carrier, compared with six percent in 2012—a low churn rate. Shippers do not frequently change their main carriers.

Still, when asked how likely they are to change carriers due to negative social media comments, 15 percent of B2C respondents say it is "likely or highly likely" they might follow such course.

Americans take Halloween seriously. In June, July, and August 2014, the United States imported more than 55,000 metric tons of Halloween-themed candy, costumes, and decorations. More than 90 percent of these "trick or treats" come from China; Dollar Tree Distribution is one of the largest importing companies. 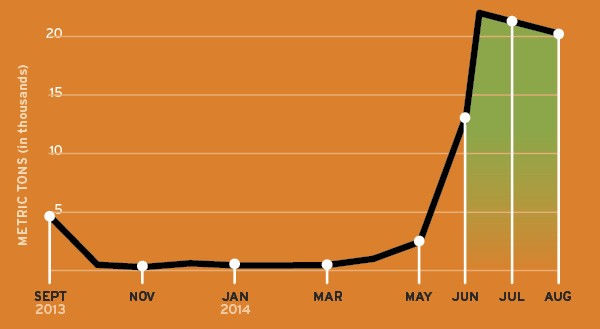