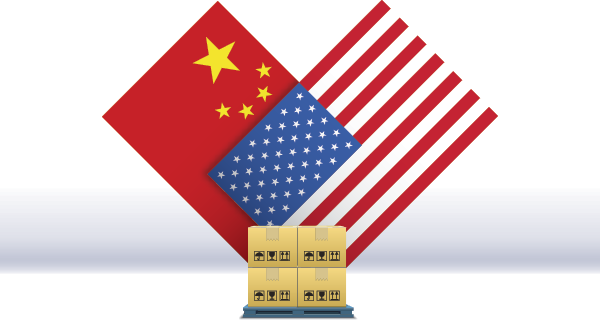 Sometimes shared pain, or even altruism, can create unlikely allies. U.S. and Chinese officials plan to discuss the possibility of combining logistics resources during counter-piracy, humanitarian assistance, and disaster response missions. The United States officially extended an invitation for a team of senior Chinese logisticians to visit Washington in early 2013 to explore a first-ever logistics cooperation agreement between the two countries, according to Air Force Brig. Gen. Mark M. McLeod.

If adopted, the arrangement would enable the United States and China to share fuel, food, supplies, and even vessel parts to support their joint operations. Such an arrangement has been floated in the past, but didn't gain traction because of strained U.S.-China relations. Now the timing may be right as both countries look for ways to strengthen their military-to-military relationship.

These developments are important building blocks toward closer logistics collaboration that enables regional nations to partner together and respond more effectively to natural disasters and other contingencies, says McLeod.

"As China transitions from an internal defense-focused military and begins to push off its shores and take on more regional security roles, it is finding its logistics chains strained," he adds.

A potential military logistics agreement with the United States presents a major upside for China. The country stands to acquire expertise and developing infrastructure that may prove helpful elsewhere in the commercial sector as the country manages some of the growing pains in its rapidly expanding economy. And it offers another platform for China and the United States to come together and consider new opportunities beyond humanitarian aid and counter-piracy activities.

Submitted by 4,500 motor freight carriers and compiled by the CTA, the list includes roads, bridges, and border crossings that Canada's trucking companies consider in dire need of improvement.

"No one better understands the state of Canada's aging infrastructure than the people who use the highways, bridges, and border crossings every day," says David Bradley, CEO of CTA.

Though Canadian carriers hope the listed improvements will be considered, the uncertainty of current economic times means there is no guarantee they will come to fruition. Judging by the fact that the majority of last year's suggested projects have now been reinstated on the 2012 list, Canadian carriers and shippers may see their needs go wanting absent new funding sources.

Bradley says the list is simply a guide to aid the government in its strategic framework and deciding where to make infrastructure investments.

"It would be wise to consider the suggestions of those who see first-hand where possible improvements make the most sense and provide Canadians the biggest bang for their buck," he concludes.

U.S. Imports, by End Use

U.S. demand for imported goods has nearly regained pre-recessionary levels after dropping across the board between 2008 and 2009. 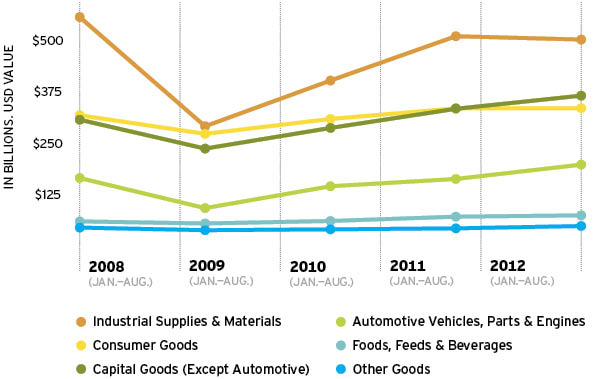