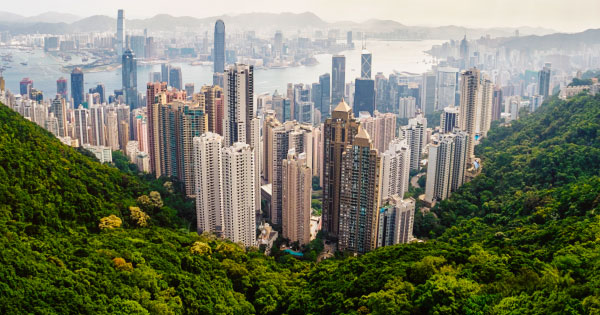 Hong Kong is one of the world's most densely populated cities. Remarkably, only 30 percent of its land is actually developed—a reflection of the area's mountainous terrain. Hong Kong historically has focused much of its infrastructure development on costly projects to reclaim land from the sea.

Accordingly, these constraints have placed a premium on industrial space. The city always ranks among CBRE's top contenders for most expensive warehouse rents in the world.

For example, cheaper labor costs across the border in Shenzhen, China, have lured some specialized manufacturing activities—shipbuilding and polystyrene plastics, for example—out of Hong Kong. By re-zoning these existing sites for more general industrial purposes, the city can add more warehouse capacity and take advantage of multi-story facilities.

For years, shippers, railways, and third-party logistics (3PL) providers have been experimenting with a backdoor rail link through Western Asia that connects Europe to China. Russian Railways, German rail carrier Deutsche Bahn, the Chinese Ministry of Transport, and CEVA Logistics are among the companies that have helped pave the way for an intermodal land bridge between the continents. Notably, in 2011, computer manufacturers in Chongqing, China, started moving laptops to Duisburg, Germany, by rail—reducing containership transit times from 36 to 13 days.

As Chinese manufacturing continues to migrate west and India's economy grows, opportunities to expand rail connectivity and volume across Eurasia will only grow. The latest example of this trend is Long Beach, Calif.-based UTi Worldwide's strategic partnership with Chinese automotive 3PL Changjiu Logistics. The two service providers are looking to serve the growing logistics requirements of global automotive original equipment manufacturers (OEMs) and suppliers based in China. One key aspect of the joint effort is to grow railway solutions between Europe and China.

Changjiu Logistics has already had success developing the China-to-Europe rail service with some of its OEM customers. UTi is now running Europe-to-China shipments using its partner's network. The 3PLs plan to focus on the automotive sector first, then expand into other manufacturing verticals, including aerospace.

When it comes to dealing with environmental compliance, suppliers in Europe and Japan are flying high, while those in Brazil, China, India, and the United States lag behind, according to a study conducted by Accenture and CDP. Their collaborative analysis focuses on how well suppliers manage climate change mitigation strategies.

The research features information from the United Nations' World Risk Report and data collected from 3,396 companies on behalf of 66 multinational purchasers that work with CDP to assess supply chain environmental impacts. UK-based CDP is an international, not-for-profit organization that provides the only global system for companies and cities to measure, disclose, manage, and share environmental information.

"It is concerning that, despite the increase in the number of companies assessing and reporting on their emissions, the data suggests that suppliers are making either marginal or no improvements in their development of sustainable supply chains capable of weathering climate risks and other natural disasters," reports Gary Hanifan, managing director of Accenture Strategy.

This has always been a concern for global supply chains sourcing products in developing countries. While shippers generally have a handle on demand-side visibility and environmental compliance, the back end of the supply chain is rife with inconsistencies and risk.

"The good news is, as companies transform their supply chains into digital supply networks, they will gain greater end-to-end visibility, traceability, and access to information to report on their compliance progress and mitigate climate risks," he adds.

Despite China and India's laggard progress with regards to environmental regulations and compliance, the two countries represent the greatest financial return on investment to reduce greenhouse gas emissions and demonstrate the strongest appetite for collaboration across the value chain.

Among other research findings: 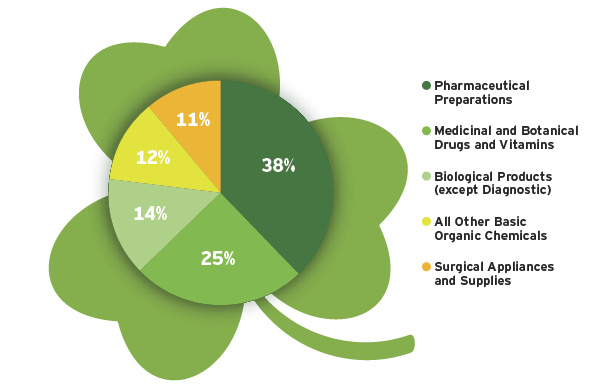