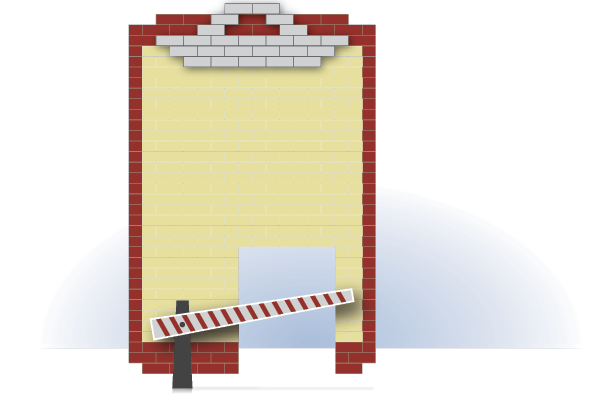 Improving border administration and transport, and telecommunications infrastructure and services, could boost global Gross Domestic Product (GDP) by almost five percent, and world trade by 15 percent, according to a new report by the World Economic Forum in collaboration with Bain & Company and the World Bank. Completely eliminating tariffs, by contrast, would increase global GDP by less than one percent, and world trade by 10 percent.

The World Economic Forum recommends that:

All Over the Map

The report cites examples of trade barriers in the following locations:

C-TPAT is a voluntary government-business initiative to build cooperative relationships that strengthen and improve overall security for global supply chains and the U.S. border.

Mutual recognition allows companies enrolled in one program to receive reciprocal benefits from the other, securing the international supply chain and facilitating trade between the United States and Mexico. The agreement, which will be implemented in two years, doesn't address other outstanding issues between the two countries, such as a dispute over Mexican tomato import prices.

But the move could greatly benefit Mexican shippers looking to tap the U.S. market. If traders are deemed trustworthy and secure by their own government, they will be afforded similar status in the United States, paving the way for more streamlined border crossings.

Sourcing Insights Now on the Menu at McDonald's

Safety tops the menu for food service companies such as McDonald's, which recently embraced supply chain transparency in its mainstream advertising campaigns. So when Ireland's Food Safety Authority raised the alarm over suspicions that horse meat was passing as hamburger in British and Irish supermarkets, it was a timely coincidence that McDonald's Australian business (Macca's) had just unveiled an iOS app to help consumers learn more about what they are eating.

The TrackMyMacca's app, developed in collaboration with global marketing company DDB Group, uses an iOS camera to scan the image of a food item bought from Macca's. Then, using GPS data secured with free Wi-Fi service at Macca's restaurants, and combining it with date and time, consumers can tap into the company's supply chain data to pinpoint the exact source of the meat, and other ingredients. The app currently works on select menu items.

"We're proud that we meet more than 90 percent of our food and packaging needs in Australia," says Mark Lollback, chief marketing officer, McDonald's Australia. "This app is another way for us to share this with our customers, and allow them to see where our food comes from and what happens on its way to their plate."

As China's prosperity moves from the coast to the hinterland, an information technology divide is emerging. The country's Internet boom is on an accelerated path, reports China Internet Network Information Center (CNNIC). In 2012, usage grew 10 percent to 564 million users—more than double the United States, and by far the largest Internet-using population in the world. But CNNIC also reveals that Internet adoption is highly fractured across China, which raises some institutional concerns that threaten continued economic growth.

The disparity in technological progress is a risk for companies following suppliers and manufacturers farther inland; they have to weigh the costs and benefits of sourcing in less-developed rural areas that lack the necessary IT infrastructure to support world-class supply chains.

It's also a challenge for China's rapidly growing e-commerce industry, as companies look to expand their presence over a wider geographic area. What the country currently lacks—a sophisticated domestic express network—is contingent on having a broader online user base, and the requisite connectivity and resources to deliver to those consumers.

About 40 percent of all U.S. ocean imports passed through the gates of either Los Angeles or Long Beach in 2012. The top 10 ports brought in 87 percent of U.S. imports. 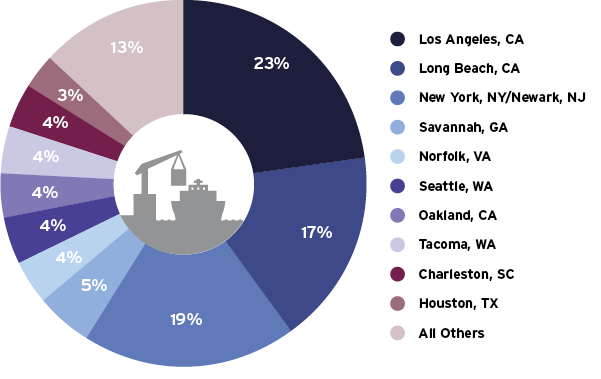 Australian sheep farmers are looking to Vietnam as a new export market and an opportunity to develop a sustainable supply chain for their wool industry. As part of its market expansion plans, the Australian Wool Innovation (AWI)—a research, development, and marketing organization for wool growers—has implemented the "Out of Vietnam" project. Australia exports 80 percent of its wool to China, but an emerging need to establish a new processing and manufacturing market targets Vietnam as a prime area for expansion.

The increasing cost of labor-intensive industries, such as spinning and garment making, is partly predicating AWI's move away from China. Vietnam has a pedigree in cotton processing from raw materials to final product, which translates to wool and presents a more affordable option.