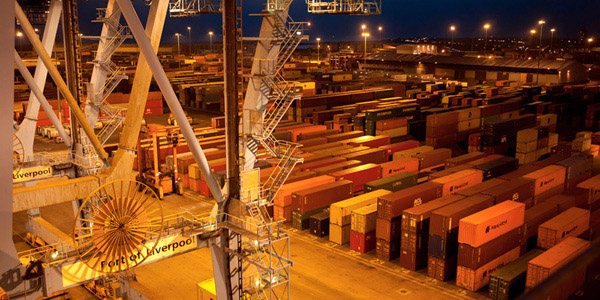 Peel Ports is investing $500 million to ensure the Port of Liverpool can handle increasing container volumes in the north of England.

London's notorious congestion issues extend beyond the city limits. A shortage of inland transport capacity and increasing truck idling times at ports in the south of England are pushing freight to the north. Over the past year, UK-based third-party logistics provider Metro Shipping has transferred several high-profile retail customers from Felixstowe and Southampton to Liverpool.

While the south of England has abundant port capacity, thanks to the debut of DP World's London Gateway in November 2013, the challenge for terminal operators, shippers, and service providers is matching the transshipment velocity on and off port.

"With high transport costs, increasing traffic congestion, and rail capacity limits, getting goods to market in the United Kingdom has grown increasingly complicated, more expensive, and less carbon efficient," explains Patrick Walters, commercial director of Peel Ports, which owns the Port of Liverpool. "To be more cost-effective, ocean carriers are choosing ports that follow the cargo destination rather than ports that follow their networks."

In other words, shipping through England's more northerly ports provides a different option that delivers product closer to demand. Liverpool's location in the heart of the UK, for example, offers a distinct advantage—65 percent of the British and Irish population lives within a 150-mile radius of the city. This helps reduce inland transport costs, especially for goods coming from Asia and the United States.

To accommodate more volume growth in the north of England, Peel Ports is in the process of developing its $470-million Liverpool2 container terminal, which includes dredging the River Mersey approach channel to 52 feet.

Hydraulic fracturing (fracking) has become emblematic of North America's shale gas renaissance. But in Europe at large, and Britain specifically, the controversial drilling practice has been largely frowned upon because of environmental concerns. Still, as cheaper energy fuels a North American manufacturing renaissance, and reshoring becomes a reality, it is hard to imagine that Europe can sit idly by.

Cracks in the progressive environmental think tank began to emerge at the January 2014 World Economic Forum in Davos, Switzerland, when UK Prime Minister David Cameron introduced a plan to make England into a "re-shore nation." There has also been speculation that the European Commission will tame some of its sweeping renewable energy targets. The latest news out of the United Kingdom supports the case that environmental hubris is eroding.

The UK government recently named Blackpool and The Fylde College as its national training center for fracking, awarding qualifications and degrees for engineers and technicians. While the school has provided training in the offshore oil and gas industry since the 1970s, it will now broaden its scope to include onshore drilling.

University and government officials believe this designation will help drive long-term investment in the region, meet the demand for highly skilled labor, and secure local jobs.

China, Jamaica Put the IT in Team

Where China once subsidized students to study abroad, then return home to fuel a grassroots education revolution, it is now paying it forward. The country recently invited a 20-member delegation of public- and private-sector representatives from Jamaica to participate in a logistics technology and training mission.

The two countries have a mutual interest in helping one another. Chinese investment in the Caribbean island is ongoing. China Harbor Engineering Company (CHEC), one of the world's largest dredging companies, is in discussions to develop a major transshipment port and ancillary infrastructure on Jamaica's southern coast.

The 20-day program features personnel from the Ministry of Industry, Investment and Commerce, and Jamaica Customs Agency, among others. It includes classroom work with discussion and information on e-commerce; planning and developing logistics and industrial parks; modern port logistics; logistics standards and regulations; logistics education and training; and customs regulation. Chinese officials and industry experts lead the training, which also involves visits to various cities to explore best practices.

And here's one interesting footnote: CHEC similarly hosted a summer internship program for 22 high school and university students in Jamaica. Several budding engineers were strategically placed at CHEC site offices throughout the country, according to Jamaican newspaper The Gleaner.

Middle Eastern carriers continue to dominate the global air cargo space as they invest in freighter capacity and seize market share from Europe's legacy hubs. Despite some potential turbulence on the horizon, the numbers don't lie.

Globally, airfreight demand rose 5.2 percent compared to September 2013, which is 0.8 percent ahead of the 4.4-percent average growth in demand reported for the year to date. Capacity grew by 3.8 percent.

The total value of crude oil imports in the United States has gradually declined over the past few years. Recently, there has even been a surplus in U.S. oil inventory. These trends are partly due to factors such as the strengthening U.S. dollar and the surge in local oil production. The graph below shows the declining import values for crude oil through September 2014. These values are likely to drop even lower through Q4.