Gearing Up for 100% Air Cargo Screening 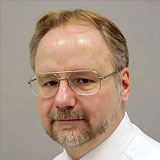 A complex shift in the air cargo industry begins in August 2010, when the Transportation Security Administration (TSA) will require 100-percent screening of all air cargo carried in passenger planes departing from or arriving at U.S. airports.

In response to the Sept. 11 terrorist attacks, the TSA created a security mandate with an initial step of 30-percent air cargo screening. In February 2009, a 50-percent cargo screening mandate for passenger aircraft was activated as an incremental step toward full screening. The increase to 50-percent screening caused little disruption because overall volumes of goods in transit had dipped due to the global economic downturn.

The air cargo industry now faces the next level in screening requirements. The move from 50-percent to 100-percent screening is proving to be more complex, because with less than full screening, the percentage required can be screened across any configuration of allotments—for example, one of two planes, or half of both planes, whichever was more practical. That approach is no longer an option.

The TSA realized early on that it would be nearly impossible to screen 100 percent of passenger aircraft cargo at existing cargo terminals. A full 100-percent screening could create serious airport delays, damaging an already struggling industry.

To address concerns about screening delays, the TSA introduced the Certified Cargo Screening Program (CCSP), allowing interested shippers and freight forwarders the option to screen their own cargo, provided they follow and adopt TSA security requirements. The program is voluntary and participants become TSA-regulated entities once enrolled.

While new technology is being developed and tested, it is not likely to be available anytime soon. In the interim, the TSA created an outline for independent cargo screening facilities (ICSF) with smaller freight forwarders and independent air carriers in mind. This allows companies that can't afford large equipment investments to screen their cargo under a more cost-effective, centralized shared-service model.

Increasing trade globalization makes international standards more critical than ever before, and the United States often leads the charge due to its vast trading partner network, economy size, and political influence.

The TSA has indicated that it is able to achieve 100-percent screening for cargo originating within the United States, yet cannot meet the same expectations for international inbound cargo by August 2010. "Harmonizing the agency's air cargo security standards with those of other nations" is paramount among the complexities highlighted in the Government Accountability Office's March 2009 report.

In September 2008, the European Union (EU) and the United States entered into an agreement to "coordinate efforts to enhance air cargo security" in order to create a legal framework that would satisfy security requirements while also providing a system by which authorities could expedite screening.

While the EU already uses progressive air cargo security practices, the United States should look to Mexico and Canada, as transportation interconnectivity in North America allows for seamless cross-border movement of truck cargo. For example, the Canadian Partners in Protection program and the U.S. Customs-Trade Partnership Against Terrorism (C-TPAT) can be synchronized to allow continued use of the larger cargo lift opportunities offered by U.S. gateways, due to security program similarities.

The next few years may bring increased demand for logistics real estate to accommodate screening equipment and safe maneuverability. The immediate need to store, screen, and secure freight within approved screening facilities may require larger warehouses, as screening and securing freight just before delivery to carriers must be done on the floor level.

A PUSH TO GATEWAYS

The importance of speed in air cargo handling is also a significant factor, and will further increase activity to major gateway airports as companies seek to compress time required for other shipping activities to accommodate additional screening steps without compromising speed to market.

WILL THE INDUSTRY BE READY?

Trade and gross domestic product are closely interrelated, and the long-term relationship between them has remained intact, even during the recent economic downturn. We are now at an inflection point where signs of recovery are becoming clear.

A recent Boeing market outlook calls for 5.4-percent annual growth in global cargo volumes over the next 20 years starting in 2010 (a drop from last year's 5.8-percent forecast). Although what lies ahead is uncertain, the air cargo industry will see recovery by the beginning of next year, just before the next security hurdle in the third quarter of 2010.

The expected rebound in cargo volumes, combined with the necessary fulfillment of 100-percent screening, intensifies the demands on a recovering industry. The security requirements have the ability to hinder growth for the industry if ample preparation for cargo screening falls short. All industry stakeholders need to plan for the protection and integrity of international commerce as it relates to air cargo, to prepare for the economic turnaround.

The industry will need to balance impending air cargo screening requirements with demands for swift delivery of goods. The shift to 100-percent screening is complicated, especially for an industry recovering from severe air cargo volume declines. The need for speed and cost efficiencies will ultimately further concentrate air cargo handling at key international hub and gateway airports. Demand will increase for well-located industrial real estate.

Airports, cargo companies, and other providers are positioning themselves for the economic upturn to maintain or increase their competitive edge.