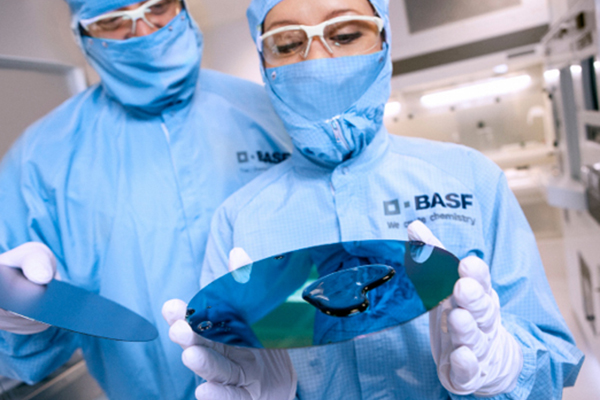 BASF Corp.'s vision for the next six to 12 months is to continue to move from a proactive approach to predictive logistics and shipping operations. It expects operations to be about 80% predictive in 2020.

THE CUSTOMER
BASF Corp., headquartered in Florham Park, New Jersey, is the largest affiliate of BASF SE and the second-largest producer and marketer of chemicals and related products in North America.

But even that doesn't go far enough these days. BASF's customers want the company to stretch further into predictive supply chain and logistics practices, and to move data analytics beyond visibility toward insightful information that improves overall planning, scheduling, and communications.

The Florham Park, New Jersey-based chemical company, and the North American affiliate of BASF SE, Ludwigshafen, Germany, is now on the journey toward creating more predictability. It has not been an easy ride, but it has advanced the company's transportation strategy in notable ways, including improved shipping notification practices, on-time delivery scheduling, and automated customer communication processes.

According to BASF, it is the second-largest producer of chemicals and related products in North America with $19.7 billion in sales in 2018, representing 27% of BASF SE's €63 billion in global sales. With 20,000 employees regionally, it produces thousands of chemical, petrochemical, and construction and building materials, as well as industrial, automotive, and agricultural SKUs at about 100 production sites in North America.

The company has more than 350 shipping locations in the United States, Canada, and Mexico, and makes roughly a half million surface shipments by rail, truck, and bulk annually. Shipments go either direct to the customer out of BASF's manufacturing locations, or they pitstop at a distribution center and then are routed onward to the customer.

Coordinating product deliveries and a transportation network of that scale is a challenge. Coordinating this with consistent precision and accuracy, now with predictive capabilities, is easier with the right technology solution, as BASF discovered.

"In the transportation space, the biggest issue—and the biggest journey—we have been working on jointly with Transplace is moving from being a reactive operation to a proactive one," says Alex Obelink, BASF's director of transportation management. "Eventually, we want to be a predictive operation where we can reduce the number of process deviations that impact the customer."

Obelink recalls where BASF's logistics operations were just a few years ago. Customers would call to say a shipment was late and wanted to know when it was going to be delivered. At that point, BASF could only react to customer concerns and manually check in with its carriers by making another phone call.

In a competitive world where real-time visibility is becoming a baseline norm, BASF had to find a proactive, automated way to keep customers informed about shipment status.

At that point, circa 2017, BASF had been working with Transplace, based in Frisco, Texas, for about 15 years. Since Transplace was fully integrated into BASF's SAP order management system and its own TMS was electronically connected to BASF's carriers, it made sense to tap into the solution provider's expertise to see where else the chemical company could go.

Coincidentally, one of BASF's divisions was also working with The Descartes Systems Group, using the Waterloo, Ontario, provider's MacroPoint solution to increase real-time shipment visibility and manage the notification pings it received from delivery trucks.

The crossover between Transplace's TMS and Descartes' MacroPoint eventually led to the creation of the Transplace Control Tower, which gives BASF a single point of aggregation for carrier visibility, says Steve Barber, Transplace's vice president of product management. And, by mid-2019, the two solution providers announced that Transplace would provide MacroPoint's real-time visibility as a standard feature, without extra transaction or integration fees, for all managed transportation services and TMS customers.

"One big value we bring to our customers comes from our MacroPoint engagement," says Barber. "Descartes' experience with predicting on-time delivery, as well as the carrier engagement and the third-party artificial intelligence (AI) engagement, has helped us increase the number of shipments that can be identified as potentially late and take action on them much quicker.

"We're seeing about a 300% improvement in that general identification process over the manual labor process that's required to identify late shipments," he adds.

BASF witnessed the benefit of this collaboration almost immediately.

The company has seen an average of 5% to 6% improvement each year on its on-time delivery rate resulting from the Transplace and Descartes MacroPoint implementation, continuous data cleansing, and other related operational activities, Obelink notes.

Additionally, its initial proactive notification rate of being able to see when shipments would be late and notifying customers in advance was only about 15% to 20% when this project began, Obelink says. Now, 1.5 years later, it's in the mid-to-high 80s.

Obelink acknowledges that the jump from the 15-20% range to the 40-50% range went fairly quickly as the technology helped to smooth out the data feeds. But, getting to a high 80% rate of proactive notification activity took longer because of the expanded need to stitch together various internal and external processes and to include the broader supply chain ecosystem, particularly shipping carriers.

With the proactive notification system mostly in place, BASF is getting ready to migrate toward predictive shipping signals. The company hopes to go beyond identifying and notifying customers of potential red flags to preventing shipment interruptions through deeper analytics and better predictive modeling.

"We want to be able to identify a late shipment before it's late so we can put a plan together and avoid the delay," Obelink says. "We need to figure out how to do something with this information we never had before."

Getting to the predictive stage, however, will require additional time and process evaluation.

"Right now, we are in the proactive stage with BASF," says Barber. "We are looking at transit times, infrastructure delays, and any operational concerns around a carrier or a business process that maybe didn't get followed precisely, that may include appointment scheduling, a missed pickup or missed delivery.

Better integrating the carrier data piece may facilitate the transition from proactive to predictive.

"MacroPoint provides connections to carriers, and allows our customers, such as BASF and Transplace, to get that visibility," says Brian Hodgson, senior vice president of industry strategy at Descartes. "They know where the truck is and if the pickup or delivery happened. They also get GPS pings throughout the journey.

"Now we are incorporating the predictive estimated time of arrival (ETA) piece, calculating if the trucks are at risk of being late and what the ETA will be," he adds.

The electronic logging device mandate, which requires truck drivers and motor carriers to track and comply with hours-of-service stipulations, has increased carriers' understanding of what data is being sent where and how data sharing improves supply chain transparency and reliability, Hodgson adds.

"As we move from proactive to predictive, we give the receiver more time to respond as well," Hodgson says. "If a truck will be one hour late, they could maybe pull another truck in earlier, get those products unloaded, and free up a dock slot for a later delivery.

"This also increases driver productivity," he adds. "With this approach, they have less detention time, and they're back on the road faster making more money, which is what they obviously want to do."

Obelink says he expects BASF's shipping operations to be about 80% predictive in 2020.

BASF plans to continue to move from a proactive approach to predictive logistics and shipping operations. It expects operations to be about 80% predictive in 2020.