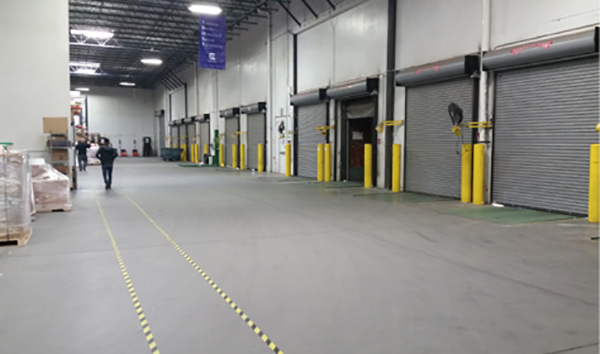 Any company that has gone through a merger and acquisition knows how challenging it can be to integrate manual and disparate supply chain processes across the newly combined organization.

THE CUSTOMER
Extreme Networks, based in San Jose, California, designs, develops, and manufactures hardware and software for network connectivity.

THE PROVIDER
Kinaxis, based in Ottawa, Ontario, provides the underlying platform to manage global demand, supply, and inventory operations. But the overall approach combines other in-house and best-of-breed platforms to create Extreme Networks' Supply Chain Center of Excellence and touchless EDI processes.

Now imagine how IT synchronization and supply chain complexity multiplies in the wake of four acquisitions in a short time. Extreme Networks knows that pain and has lived through it.

To avoid collapsing from this type of wide-scale integration, the networking hardware and software company had little choice but to transform all its supply chain practices. A shift from manual processes to agile, automated, and scalable order management as well as supply chain planning and execution solutions proved critical.

"We were running the business with spreadsheets and phone calls," recalls Norman Rice, chief operating officer at San Jose, California-based Extreme Networks. The company operated this way only a few years ago in 2018.

"We had to overcome this business model, and we did it by instituting more rigorous processes," he adds.

It hasn't been an easy task, but a nine-month focus on multifaceted supply chain improvements, headed by Jack Lyon, vice president of supply chain, and his team, has produced unexpected advantages. Most notably, Extreme Networks has been able to withstand the impact of trade war tariffs and ride out the current global upheaval triggered by the COVID-19 outbreak.

"If Jack Lyon and his team had not done what they've done, and if we hadn't invested in fully automating and centralizing a vendor-managed inventory (VMI) process, we never would have been able to weather the tariffs storm," Rice says. "We would have been out of business from the tariffs, let alone COVID-19. The way Jack's team has been able to mitigate this risk with new systems, processes, and Supply Chain Center of Excellence activities has made it possible for our business to continue."

The Impetus of Change

Back in 2016, Extreme Networks was considered a small competitor compared to networking equipment giants Cisco and Juniper. Fiscal year revenue totaled about $140 million, and gross margins were 52.1%. Inventory was valued at more than $60 million, and inventory turns were approximately 3.6.

The operation ran on spreadsheets and disparate systems that didn't talk to each other. Some portions of the company operated on an Oracle enterprise resource planning (ERP) platform, while other parts used standalone sales and operations planning solutions.

Three original design manufacturer (ODM) suppliers handled 85% to 90% of its production and Extreme Networks struggled to effectively manage an average of 5,000 transaction orders per quarter.

Around this time, Extreme Networks' executive team had to make a big choice: Be the buyer or be the bought. Most of the company's bread and butter offerings were focused on enterprise-level networking solutions, whose future was moving toward automation, cloud-based processes, and the Internet of Things. Extreme Networks had to diversify and scale if it wanted to survive.

"We needed to grow so we could achieve economies of scale in terms of buying power, competitiveness, footprint, and reach," says Rice. "So we set out, with very little currency, to consolidate the space."

Extreme Networks started its acquisition spree with Zebra Technologies, closing that deal in October 2016. The company then acquired Avaya's networking business in July 2017, and followed that with the addition of Brocade's Switching, Routing, and Analytics business from Broadcom in October 2017. Lastly, the company bought Aerohive Networks, closing its fourth significant deal in August 2019.

Today, the company's annual revenue tips up to about $1 billion, and it serves nearly 50,000 customers worldwide. The company counts nine ODMs as its main suppliers, and order transactions have increased to 25,000 per quarter.

Although revenue and orders have witnessed strong growth, the company holds its inventory level to about $70 million—kept in check with recently deployed inventory management processes, which have also doubled inventory turns.

The company's ability to absorb this growth directly correlates to the supply chain initiatives it implemented from late 2018 to early 2019, the short pause between acquisitions, notes Lyon.

a Single Version of THE Truth

As Extreme Networks folded in the Zebra, Avaya, and Brocade business, it became clear that it had to address its business model. Running the expanded operations with manual workarounds, Band-Aid planning and execution approaches, a mishmash of technology, and Excel spreadsheets was no longer efficient or sustainable.

The company needed one version of the truth across all its units and a way to reduce supply chain complexity. The three acquisitions enabled the opportunity to modernize the supply chain; realign planning, order, and inventory management structures; redesign processes; integrate the best practices from each acquisition; and deploy new technology where needed.

"We were able to do some amazing things in a short time," Lyon says of the nine-month timeline to onboard sweeping changes and the smooth transition to integrating the Aerohive acquisition.

One of the first supply chain restructuring steps involved evaluating the mismatch in IT systems and processes across the new combined organization, choosing the best practices and platforms to carry forward, and identifying and filling the gaps.

For instance, Zebra excelled at managing its distributors and supply levels, and enforcing regulations and rules. Avaya's supply chain strength was in visibility. Brocade had strong vendor VMI and hub centralization practices that Extreme Networks could further develop.

With this perspective, Extreme Networks began building its Supply Chain Center of Excellence (CoE). Filtering its review through the fundamental pillars of demand, supply, manufacturing, and customer service, a dedicated supply chain and IT team focused on transformational process and technology initiatives aimed at improving performance.

"The CoE oversaw how the organization flowed, from when the order management team received initial orders to when payments came in the door," says Lyon. "We removed all the stovepipes of the supply chain to see how we could streamline it and make it more efficient. After that, we tackled process automation and optimization."

The company conducted some trials with a few technology providers, and chose to go with the RapidResponse solution from Kinaxis, which had been working with Avaya for seven years prior to the acquisition. The platform became Extreme Networks' end-to-end global demand, supply, and inventory management tool.

Extreme Networks then partnered with five of its key distributors to establish a touchless electronic data exchange (EDI) ordering process—a much-needed transition from the manual processes that had a significant number of human touch points.

The touchless EDI allows orders to be submitted electronically through Extreme Networks' Oracle-based ERP system and automatically validated, booked, and sent to the third-party logistics provider for fulfillment.

Starting from zero, the company moved about 29% of its hardware orders through the touchless process within two quarters of its rollout. And while the touchless EDI transactions have increased, Extreme Networks plans to reexamine how it can better manage, automate, and streamline the higher volume of direct-to-customer fulfillment requests it receives.

In addition to the Kinaxis deployment and the touchless EDI shift, Extreme Networks also leveraged the VMI technology Brocade used with its outsourced provider, a subsidiary of Foxconn, at its distribution center in El Paso, Texas. As a result, Extreme Networks consolidated its two legacy warehouses and Avaya's three warehouses into Brocade's technologically advanced site. The company now does VMI with eight or nine of its key ODM suppliers.

"These moves went a long way toward helping us reduce inventory in addition to the efficiencies and process improvements we realized with the Kinaxis solution," says Lyon. "They work in parallel to streamline and augment our metrics from a supply chain perspective."

Several metrics have seen a boost since Extreme Networks embarked on its supply chain restructuring. The company reports a 92% reduction in product constraints (or revenue that cannot be fulfilled within a quarter because of product availability constraints); a 51% reduction in quarterly distribution center run rate costs, and an approximate 20% improvement in customer request date performance.

The supply chain investment is also paying off as the world deals with the fallout caused by the COVID-19 pandemic. Because Extreme Networks improved its inventory and supply chain visibility capabilities, Rice says the company is in a better position to anticipate, manage, and adjust for supply and demand fluctuations. It hopes to see minimal disruption as factories, suppliers, and customers come back online.

Casebook Study: Taking It to the Extreme

Merging, integrating, and upgrading supply chain processes and practices in the wake of four major acquisitions that doubled revenue to about $1 billion.