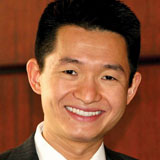 Christopher Chung is CEO of the Missouri Partnership.
877-725-0949
chris@missouripartnership.com

States have fewer dollars to spend on transportation these days, but that does not mean that highways and roads are destined to fall into disrepair. How can transport departments ensure the smooth, safe travel of goods and people in cash-strapped times? The Show-Me State’s answer: Change the way business is done.

Missouri, on track to reduce transport costs by more than $200 million in the next five years, shows that wise investment of limited resources can result in efficient transportation that does not compromise safety or customer satisfaction.

Despite a leaner budget, the Missouri Department of Transportation (MoDOT) has ramped up its commitment to transportation. Missouri holds the fourth-best ranking in the nation for rail and highway accessibility, and MoDOT recently received several awards for its efforts.

In addition, MoDOT interim director Kevin Keith earned the American Association of State Highway and Transportation Officials’ 2010 President’s Transportation Award for implementing “practical design,” a cost-saving strategy of “building many good roads and bridges rather than just a few great ones.” MoDOT saved about $500 million the first year it implemented practical design, and the strategy is now MoDOT’s standard way of doing business.

Missouri lies within 600 miles of more than half of all U.S. manufacturing plants. If manufacturing or distribution is part of your business, it’s worth learning what the state with the seventh-largest highway system has done to ensure efficient access to markets while maintaining some of the least congested roadways in the nation.

First, the state improved its major interstates. Until recently, I-64 (U.S. Route 40) was the oldest highway in St. Louis and included a 10-mile span of deteriorated roadway, 30 bridges needing replacement, and an outdated interstate-to-interstate connection between I-64 and I-170. The reconstruction project— the largest in MoDOT history— would require closing two five-mile sections of I-64 for one year each.

Anticipating public concern over the impending closure of this heavily trafficked east-west corridor, MoDOT began public outreach campaigns to help motorists prepare for and navigate around the construction project.

It also improved many of the region’s roads to accommodate extra traffic volume. For example, Interstates 70 and 44 were re-striped with an extra lane in each direction, then resurfaced and striped back to their original configurations when the project was completed.

I-64 reopened in December 2009, nearly one month early and $11 million under the $535-million budget. The project earned a 95-percent public approval rating, according to a survey taken after construction was completed.

Missouri has given considerable thought to improvements for I-70, the only freeway connecting its largest cities, Kansas City and St. Louis. The Federal Highway Administration has approved plans to rebuild and widen the interstate to a minimum of six lanes, three in each direction, between the two cities.

Second, Missouri stays mindful of minor roads. Like most states, Missouri has more highway miles than interstate miles. Among the projects that have enhanced freight movement on minor roads in Missouri:

Third, Missouri keeps its bridges safe and sound. In August, MoDOT completed the 200th bridge in its Safe and Sound Bridge Improvement Program. The program, slated to improve 802 bridges in five years, opens a new bridge every 2.5 days and is on schedule for completion in 2013. For the two-phase program, 248 bridges were identified for rehabilitation; nearly half were completed in 2009. The remaining 554 bridges are scheduled for replacement and have been packaged in a single design-build contract.

Transportation infrastructure is more than roads and bridges. It includes aviation, rail, and waterways. With the confluence of the two largest river systems in North America, Missouri provides efficient trade and distribution channels through its 1,000 miles of navigable waterways, which move an average of $4.1 billion in cargo annually. In August 2010, the U.S. DOT selected the Missouri and Mississippi Rivers for America’s Marine Highway Program. The Missouri River, from Kansas City to St. Louis, and the Mississippi, using St. Louis as a hub that can reach 29 industrial centers by barge, will carry more cargo on the water to lessen motor freight transport and reduce emissions.

The Show-Me State’s measurable progress sends a green light to carriers that a Missouri route can offer many advantages and benefits.