Do You Know Who You’re Doing Business With? 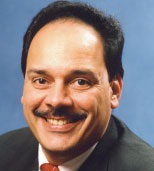 Q: My company’s cargo volumes are increasing now that the economic slowdown is beginning to turn. We are receiving orders from new customers we developed through international marketing efforts. What should we look for when screening new clients?

A: As you enter into new business relationships, it is important that you know your customer. Five Brazilian companies recently failed to heed this admonition and learned their lesson the hard way.

These companies were in the business of purchasing used recyclable plastic for reprocessing into new items. They arranged separately to purchase recyclable waste products from two British companies that were actually operated by Brazilian nationals living in England. Under the agreements, the purchasers were to receive durable plastics left over from items such as consumer goods, food containers, and medical waste, for reprocessing into resin for use in new products.

Over a four-month period, 89 shipping containers carrying more than 1,400 tons of waste products were transported to three separate ports in southern Brazil. The goods were labeled as harmless plastic, but for reasons unknown, they remained at the ports for up to four months.

A routine inspection revealed that the containers had been filled with medical waste including bags of blood, used syringes, soiled diapers, and old medicine. The units also mixed chemical toilets and used bandages with bales of recyclable plastic. In addition, inspectors found hazardous waste including old computers, TVs, and car batteries.

The discovery caused widespread anger in Brazil, and prompted Ibama, the Brazilian environmental agency, and the British Environmental Agency to launch investigations in their respective countries. Despite assertions that they had been misled into believing they were purchasing recyclable plastic, the importers were fined between $90,000 and $225,000 by the Brazilian government.

The conduct of business across international boundaries presents a set of challenges, not the least of which involves gathering relevant background information regarding trading partners. International security concerns and governmental compliance obligations dictate that companies make reasonable efforts to know who they are trading with, the nature of the goods being traded, and the regulatory framework governing the transaction. This is especially so when the business involves transporting waste internationally.

In this case, a background search might have revealed that the two British companies were registered to two individuals at the same home address in Britain. Many reputable businesses operate out of homes, but given that this transaction involved recyclable waste, a further inquiry into the background and experience of the principals might have been warranted.

If a company’s name is not readily identifiable, ask for copies of any licenses that the organization may hold, and request references from existing clients and trade associations. The more active and visible a company is, the more likely it is to be a reputable organization.

It is unfortunate when the acts of a business partner result in a costly commercial transaction. It is even worse when those actions result in a penalty against an innocent party. By making an effort to know your customer, you can avoid these types of incidents.