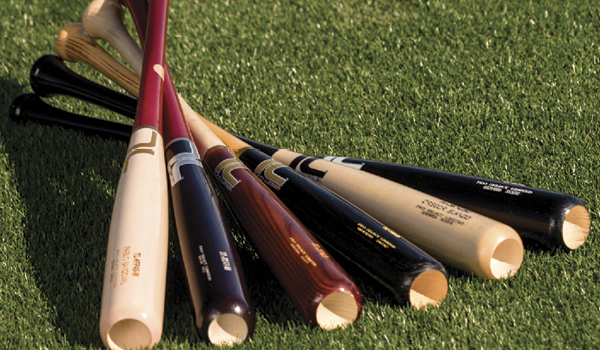 When a paper-based process slowed a baseball bat distributor's growth, the company took a swing at a digitized system, and hit a home run.

When an ill-fitting bat ended former pro baseball player Pete Tucci's career, he founded Tucci Lumber Company, which manufactures and distributes baseball bats used by both the professional and amateur leagues. A paper-based order management system hampered the Norwalk, Conn.-based company's growth in its early years. But the company has since adopted a low-code development platform that digitized the manufacturing, distribution, and financial systems and led to out-of-the-park growth.

Pete Tucci was a Toronto Blue Jays first-round draft pick and he played in their system for several years until a hand injury ended his career. The injury, caused by a wrong-size bat, inspired Tucci to design his own line of customizable bats.

Right after leaving baseball, Tucci opened a heating and air conditioning business. But his heart was still with baseball, so his wife bought him a lathe to begin making his own bats.

When Tucci was still playing, he had experimented with rubbing his team-issued, standard bats to draw out more power. He discovered that this burnishing process compressed the wood, making for a harder surface and causing balls to pop off the bat at higher speeds.

Today, each Tucci bat is rubbed or burnished with a metal rod to compress the wood. That step adds about four minutes to the production time for each bat, but Tucci considers it core to his brand.

Founded in 2009, Tucci Lumber is now the fourth-largest supplier of bats to Major League Baseball, one of 36 companies approved to provide bats to the league. Overall, the company ships 20,000 bats annually, competing against giants such as Mizuno, Rawlings, and Louisville Slugger, which ships nearly 2 million bats every year. Tucci also sells a line of customizable gloves and branded apparel.

Seven employees serve a customer base that ranges from individuals to Major League teams, as well as retail stores, wholesale distributors, and e-commerce customers.

Making It to the Big Leagues

Thanks to his pro connections, Tucci started selling to the top of the baseball pyramid and is now expanding distribution to the amateur level at colleges, schools, and recreational leagues. As a small, boutique supplier, Tucci can tweak bat designs and finishes for finicky big leaguers.

"Our bats are already known by major leaguers more than anyone else. Now, we want to build brand awareness around the amateur side of the business," Tucci says. "We started at the top, and our goal is to work our way down the marketplace."

When Tucci started the business, he used PC-based software to track manufacturing processes and inventory management, but the systems were not integrated. So the company used a paper-based order system to track each bat through the process.

"Each order flowed through the system on paper containing the shipping address. The same information would also be in a front-end system but there was no link between the two," Tucci explains. "There was a lot of manual tracking on a single sheet of paper."

The problem was, there was no way to track orders through the production and shipping process, or create management reports. "At times, we didn't even realize an order was missing until someone called looking for it, simply because a piece of paper was misplaced," Tucci says.

Also, the siloed PC system was constantly overrun with viruses and phishing attacks that hampered productivity and risked the business.

When production was approximately 30 bats per day, a paper-based system might have been manageable. But, when production rose to more than 100 bats daily, it became clear the lack of a comprehensive system was holding the company back.

In 2014, Tucci began looking for an easy-to-use system that could support his operation from order intake through shipping, manage invoices, and provide the reports he needed to grow the business.

After a friend recommended FileMaker—an Apple subsidiary that creates custom apps—Tucci found it suited his specific business needs in a way off-the-shelf solutions did not. He made the switch to Mac products and FileMaker, and implemented an iPad app.

"We made the switch because it was impossible to keep track of production and orders without misplacing a piece of paper," Tucci says. "The process is definitely a lot better now and we're able to grow with the system."

FileMaker is a low-code customizable application development platform. Forrester defines a low-code platform as one that "enables rapid delivery of business applications with a minimum of hand-coding and a low upfront investment in setup, training, and deployment."

Tucci worked with a contract programmer to develop customized applications that allow his team to track order status across departments—from order intake to bat specifications to carving, painting, engraving, and shipping.

The FileMaker system is connected to the FedEx shipment manager system. Tucci's shipping department uses FileMaker to initiate shipments. Then the system automatically sends an email to the customer. An invoice is sent to any customer set up for that payment method.

"Wholesale customers, such as the Major League Baseball teams, get billed when the order ships," Tucci says. "The system automatically generates and emails the invoice at the same time the bats ship."

There's still one production step that Tucci would like to automate further, but it's out of his hands. Each bat that is produced for use in Major League Baseball must be entered into the league's database. Tucci has to submit dimensions—such as the weight of the billet and the size of the handle and barrel.

Lathe operators plug the bat's specs into the system and can generate a report, but then they must manually enter the data into the MLB system. "The specs are keyed in one at a time for each bat," Tucci says.

The Tucci Lumber story is a common one for FileMaker implementation, says Ann Monroe, vice president of worldwide marketing for FileMaker. Typically a company is looking for a solution to a specific problem, such as inventory control.

"Inventory management is often a starting point because it is tangible. People see that they have a problem that needs to be fixed, and that often expands into solving other problems," Monroe says. "They can keep adding different steps to the workflow."

FileMaker users can build applications in-house or outsource development to one of more than 1,000 certified FileMaker business partners. That makes a custom application more affordable and easier to implement for small and mid-sized businesses than an off-the-shelf solution. The applications can be developed to support current processes rather than forcing processes to fit a certain model.

"We want the technology to work for you, not for you to work for the technology," Monroe says. "Business managers can consider how employees would use the system, and call on their own subject matter expertise to solve the problem in a way that's best for the team."

In its 2017 State of the Custom App Report, FileMaker found that 46 percent of custom applications were up and running in less than four weeks, and 71 percent of apps took less than three months to implement. Slightly more than half of FileMaker users (52 percent) are companies with fewer than 100 employees.

Pay for What You Need

"Companies often find that packaged solutions are either too small and don't do everything that needs to be done or too big with all the cost that goes along with the bells and whistles," Monroe says.

That's one aspect that Tucci values about FileMaker. "From a small business standpoint, you can pay for what you need and not for what you don't," he says. "And you can customize it along the way."

With FileMaker in place at Tucci Lumber, production is up to about 160 bats daily and productivity is up by 45 percent. Information no longer gets lost as the company handles orders ranging from a single bat to full pallets. All the employees use FileMaker in some way, some on the production side and some on the front end.

It's routine to ask the programmer to create additional reports that are easy to use. "All we have to do is click a button and the system runs the report," Tucci says. "That makes it a lot easier on my end because I don't know how to code."

One thing Tucci values most about FileMaker is the ability to continually tweak and customize the applications.

"The system feels like a living, breathing thing," Tucci says. "We can change the program on the fly to adjust to new business conditions, and that makes our lives easier."