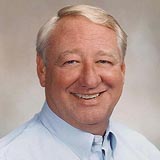 One development gaining momentum in the trucking industry is investing in vehicles that run on alternative fuels. Companies are exploring a variety of options, including electricity, ethanol, biodiesel, liquefied natural gas (LNG), and compressed natural gas (CNG).

Recently, CNG-powered vehicles have gained visibility as some larger carriers transition to CNG fleets. A substitute for gasoline, diesel, and propane, CNG is one of the cleanest-burning alternative fuels available, with near-zero emissions. Approximately 87 percent of natural gas is produced in North America, and there is enough domestic supply to last more than 150 years.

CNG fleets are an attractive option for companies committed to corporate sustainability programs. They offer significant benefits, including:

CNG trucks look virtually identical to their diesel counterparts, but are equipped with compressed natural gas fuel tanks in an enclosure behind the cab. With this fuel, trucks are able to travel approximately 400 miles per tank.

While the trucks may not look noticeably different, their impact can be remarkable. For example, 40 CNG trucks can reduce a fleet's carbon footprint by approximately 4.2 million pounds per truck annually—equivalent to planting 85,760 trees or taking 364 cars off the road each year. And the same fleet's noise level equates to the volume of just four diesel trucks idling.

Many CNG-powered vehicles are already in use—in fact, an estimated 112,000 are on U.S. roads today. The lack of infrastructure and significant investment required, however, have prevented widespread adoption.

CNG trucks are more expensive than comparable diesel models, and fuel for these trucks is not yet readily available in most states. To operate a fleet in most areas requires constructing a multi-million-dollar fueling station, which can be cost-prohibitive for many companies.

Nonetheless, plans to increase CNG's availability, along with growing awareness of the fuel's benefits, promise to expand the prevalence of natural-gas-powered fleets over the next few years.

Increasing interest in green logistics is likely to drive more companies to seek out other ways to be environmentally responsible, as well. It's exciting to imagine the potential when we work together to invest in a sustainable future.