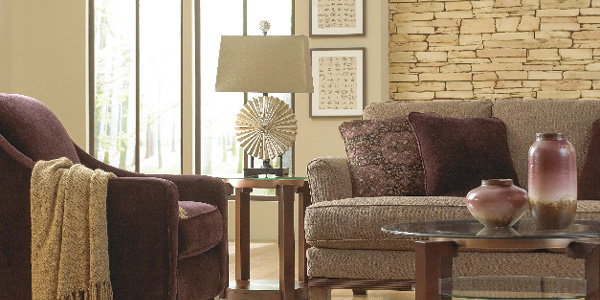 Badcock Home Furniture & More traces its long history of selling home furnishings back to its founding in 1904. As the company grew over the years, it kept pace with technology by implementing software systems to track supplier orders and other merchandise in transit. Yet despite this technology, Badcock lacked end-to-end shipment visibility.

The retailer used multiple logistics systems, including enterprise resource planning and in-house databases, but these solutions were not integrated. The resulting fragmented information left staff scrambling to piece together estimated shipment arrival times.

To resolve this issue, Badcock installed a cloud-based international inbound and domestic outbound logistics solution that allows staff, vendors, and suppliers worldwide to log into a single system that tracks order status and merchandise location.

Badcock employs 1,200 workers, and operates 300 stores in eight Southeastern states selling furniture, appliances, electronics, bedding, and household accessories. Because many of the company's products are made to order, Badcock must take into account long lead times—anywhere from seven days for bedding to 120 days for furniture made overseas—and potential production delays when planning inventory.

The long lead times, coupled with incomplete order information, forced staff to spend hours each day contacting any of 100-plus suppliers to locate merchandise and update estimated arrival times.

"We were notified of delays via phone calls and emails, and often had to wait for replenishment buyers to talk to suppliers, then tell us where the problem was so we could correct it," says Greg Brinkman, Badcock's senior vice president of supply chain.

"Compounding those difficulties, our staff often had trouble locating the correct supplier contact for accurate updates, because they dealt with sales representatives, who then had to check with other supplier staff to get answers," Brinkman recalls.

Despite all that legwork, the information Badcock's staff obtained wasn't always accurate.

Badcock's replenishment, distribution, and transportation teams have always worked together, but they didn't see the same data. In cases of an upcoming sale or diminishing inventory, it was difficult to make supply decisions early enough to head off problems.

"Chasing down merchandise was a hassle for our replenishment staff," Brinkman says. "If they didn't have to do it, they didn't do it." If a product was running late, but the store wasn't missing any sales, the replenishment team would let the issues sort themselves out.

These difficulties drove Badcock to consider implementing a more comprehensive electronic tracking system. So the company was receptive when, in 2013, West Palm Beach, Fla.-based technology provider Cloud Logistics contacted the retailer to assess its interest in installing a cloud-based logistics collaboration system. Cloud Logistics had used the solution extensively with international manufacturers, but wanted to expand it to retailers, of which Badcock would be the first.

Cloud-based collaboration systems allow corporate staff, authorized vendors, shippers, and carriers to access or input merchandise-related information into an Internet-based portal. Because it's a Web-based system, it can be accessed from computers, smartphones, and other mobile devices. If an overseas manufacturer changed an estimated arrival date in the system, or input a delay in sourcing raw materials, that information would be immediately visible to Badcock corporate staff.

Badcock and Cloud Logistics began working together in May 2013. Through multiple site visits, Badcock helped Cloud Logistics understand its processes, how staff needed to access information, and how products flowed.

During the 90-day lead time before the system went live, Cloud Logistics visited Badcock's headquarters several times, but most of the communication between the two companies occurred via email and phone.

"We held conference calls two or three times daily to discuss and map out process flow," says Badcock Logistics Analyst Jaimie Waite. The retailer also brought in a transportation provider to offer input to ensure the new system worked for all players.

"Most retail operations include several hundred domestic and international vendors of all sizes and technological capabilities," says Mark Nix, chief executive officer of Cloud Logistics. Creating a system that worked for the full range of supply chain partners was vital to the project's success. The configurable system authorizes specific inputs from each user, so parties have access only to the information they need.

"All users can update manufacturing status and order lead times within the vendor portal," Nix says.

Once a vendor is ready to ship, it switches the status in the system, and the Badcock electronic inbound routing guide alerts a carrier or Badcock driver that the item is ready for pickup. Carriers can provide real-time shipment visibility status updates to the Badcock system through the EDI portal, carrier portal, or smartphone driver application.

Badcock maintains sophisticated crossdocking operations, so Cloud Logistics needed to configure the platform to work with the retailer's processes, as well as give buyers visibility into crossdocked deliveries. The platform also allows staff to see when vendors accept orders, make unanticipated adjustments, or are ready to ship orders. It also flags any delays that happen along the way.

During the implementation period, Badcock and Cloud Logistics ran various scenarios in a staging environment, operating the system manually before it went live to see how information would interact between carriers, vendors, and Badcock staff. These staging scenarios prepared the company for go-live.

"On implementation day, at 8 a.m., we activated the system, and all the supply chain partners were connected," Waite says.

Vendors received links to a special website where they could add information about incoming loads. Nearly all suppliers have now signed up to use the system.

Many suppliers logged on and added their information without training, but Brinkman recalls one supplier who pushed back. The supplier was located a short drive away, so the Badcock crew visited the office to determine the reason for the hesitation.

"The supplier's current process involved workers making phone calls to confirm shipment status," Brinkman says. "Those workers were on the phone in the warehouse, and didn't have a computer there."

The supplier soon realized that placing a computer by the phone would cut scheduling time. "It took just a bit of salesmanship on our part to relieve some fear on their part," Brinkman says.

Using the new system, Badcock first creates a purchase order. The supplier schedules the order; then, once it is completed, updates the system that the load is ready.

The Badcock logistics team identifies a carrier, who then confirms or passes on the load. Once the carrier confirms, the supplier receives a message notifying it the product will be picked up. Vendors can create routing requests, generate advance shipment notices, and send alerts when orders don't ship on time.

The increased communication is markedly different from before Badcock installed the system. "Our replenishment, transportation, and distribution teams are all looking at the same data now, and seeing where product is in the delivery cycle," Brinkman says. "They are able to identify problems sooner and adjust."

The new system also helps during upcoming sales or diminishing inventory levels. "It quickly warns us of problems we might not have had visibility to in the past," Brinkman says. "Information accuracy improved dramatically, because our staff and trading partners no longer have to guess about inventory levels or shipment status."

The solution also helps Badcock manage its transportation dollars monthly, before receiving invoices. Having a high-level view of the merchandise en route improves transportation planning. Waite can bring in new carriers if needed, and ensure an overall smoother process.

"The system helps us view capacity issues and concerns," she says. "Before, we extrapolated visibility based on information from suppliers. Now we actually get visibility. We can see problems sooner—in real time, rather than one week too late."

The system also simplifies the company's process of signing off on invoices because Badcock can better track the POs assigned to orders. "When we relied on carrier bills, we often struggled to match them to POs," Brinkman says. "We now connect the dots. When an invoice does arrive, we have a better, more accurate sign-off."

Looking ahead, Badcock hopes to tap some of the system's additional capabilities. Production delays can easily derail on-time shipping, so Badcock will eventually start using milestones to track progress and learn about delays earlier in the cycle. Milestones may include acquiring raw materials, for example.

"When a production milestone falls behind, it can raise a red flag," Brinkman says. "That could alert us 45 days before a potential delay on the purchase order, which would allow us to take action."

The system enables Badcock to create reports addressing average freight cost and total freight spend. And its ability to calculate fuel surcharges has shaved off eight hours each week in administration time.

Previously, the transportation team manually reviewed processes and invoices. The new solution reduced the time it takes to process freight transportation by 70 percent.

"The biggest determinant in safety stock is demand variability during lead time," Brinkman says. "If this system can help reduce average lead times by minimizing late shipments, then it will provide a direct payback to inventory, and reduce our inventory levels."