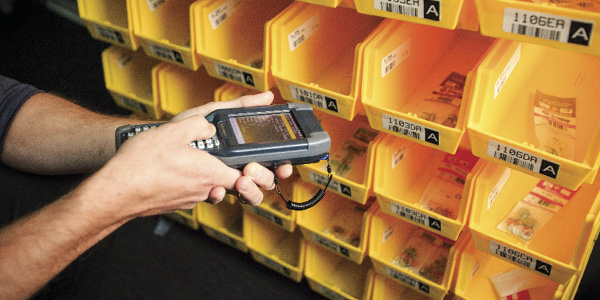 Any company that has stayed in business for more than 130 years must be doing many things right. At the same time, companies that succeed over the long run understand the importance of continually improving their operations. That's why Jensen Distribution Services realized it needed to improve its homegrown warehouse management system (WMS) when it started to fall short. Finding a new compatible system was necessary to grow its e-commerce business, and to streamline and improve productivity.

Spokane, Wash.-based Jensen Distribution Services traces its roots to 1883, when O.C. Jensen, a Danish immigrant, and his partner, Henry Brooke, founded the Jensen, Brooke & Company hardware store. Since then, the company has grown and shifted its focus to distribution. Today it operates a 560,000- square-foot distribution center from which it offers approximately 70,000 stockkeeping units (SKUs).

In January 2015, Jensen was purchased by ACE Hardware, and became part of the ACE Wholesale Holdings Division. It supplies both ACE stores and other customers, most of whom are located in the western third of the United States.

Management knew it needed to improve its WMS. Jensen was using a homegrown, legacy system that effectively handled many outbound functions, but fell short on the receiving side. And the accumulation of one-off tweaks and fixes over the years, as well as the fact that the system was written in common business-oriented language, meant that even simple fixes could require changing more than one dozen programs, and each one had to be completed individually.

"The WMS was manual, cumbersome, and inefficient," recalls Landon Horton, director of operations. Receiving employees had to print a purchase order, manually write in the quantities, and complete the location tags. Then they walked to the appropriate bin to place the product and return the location tag to record the transactions. Separately, they matched the purchase order to the packing list, and entered that information manually to verify the warehouse had received the product.

The need for an updated warehouse management system was clear. As management debated how to proceed, they decided that devoting the time and resources required to build the WMS add-ons needed to better handle receiving functions didn't make sense. Instead, the company opted to look at offerings from outside vendors.

Horton and his colleagues examined numerous systems. "We weren't in love with any," he says. "They weren't close to what we needed." The most common drawback was the lack of customization.

"One feature that distinguishes Jensen from many other distributors is our use of carriers, rather than our own fleet of trucks, for shipping most items," Horton adds. The WMS had to be able to correctly account for items that outside carriers shipped.

The system also had to account for Jensen's use of batch picking within the 27 zones in its distribution center. "We batch pick within a zone and consolidate on the shipping dock later," Horton says. This process works best, given the large number of items from which pickers must choose, and the fact that they're spread across such a sizable facility. In addition, while the company serves a large number of customers, their average order sizes tend to be small to mid-range.

That's in contrast to what some call the "grocery model", where an employee takes a pallet and builds the order for a specific customer.

"The best approach varies by company," Horton says. "The question to ask is, 'do you spend time in travel or handling things a second time?'" Given Jensen's product assortment, customer base, and average order size, a zone approach has proven to be more effective.

While none of the warehouse management systems Horton and his colleagues reviewed impressed them, team members realized they still needed to move forward. They were about to settle on a system when Jensen's president suggested calling PathGuide Technologies, Inc., a Bothell, Wash.-based WMS provider specializing in distributor solutions.

A Jensen employee contacted PathGuide and the two companies met several times. "The more we talked, the more we liked the people, and the more it sounded like the system was compatible and could duplicate our outbound function," Horton says. "We could transfer from paper to system-driven processes."

The partnership between Jensen and PathGuide started with a study of Jensen's engineering processes. PathGuide also discussed with Jensen employees the benefits they wanted from the system. "Choosing PathGuide was an 11th-hour decision," Horton adds. "If we hadn't made this decision, we would have survived, but the system would not have been as good a fit."

"A big reason why Jensen chose us is the functionality," says Greg Laycock, vice president of research and development with PathGuide. In addition, many of the other WMS vendors Jensen looked at expected clients to launch their systems with a big bang—that is, to launch all modules and systems at the same time.

By contrast, PathGuide allowed Jensen to start with its pain points, namely, the receiving and putaway processes, and add other functions as the company gained experience. "It reduced the risk of the whole implementation and gave Jensen more control over the process," Laycock says. In addition, PathGuide was able to tie its Latitude WMS to Jensen's enterprise resource planning (ERP) system.

Jensen involved several key people—including the receiving supervisor, inventory control manager, and shipping manager—in the implementation. "Jensen's strong leadership made sure the project was on track," Laycock says. In addition, before going live, Jensen set up a mini warehouse where employees could practice typical WMS transactions.

Jensen also worked with PathGuide to shift from label picking to voice picking. Employees now use headsets to receive picking or replenishment instructions. For instance, the system tells employees which aisle to go to, and the number of picks to expect once they are there.

The move from label to voice picking significantly boosts accuracy, Laycock says. As a result, Jensen can reduce safety stock levels as confidence in the inventory improves.

In addition, handheld RF barcode computers communicate with Latitude. Once cartons are picked and moving along conveyor belts, the WMS provides instructions that tell the system how to divert each carton to the appropriate shipping lanes.

With Latitude, Jensen can track all movements on-screen. "The system provides real-time accountability," Horton says. "We know where each case and replenishment item is in the warehouse at all times.

"Voice picking allows various ways to account for inventory," Horton adds. For instance, a system may require employees to verify a product is in a bin before picking the quantity needed. Or, it may require them to scan the item upon picking and verify it's correct. Typically, Jensen has most new employees verify each pick. As they gain experience, that number is often reduced to every fifth pick, then every 10th pick.

In addition to working more effectively with its traditional distribution customers, Latitude has helped Jensen grow its e-commerce fulfillment capabilities. When Jensen began its hunt for a WMS, its e-commerce operation was handling several hundred packages each day.

Fulfilling e-commerce orders differs from traditional distribution as it requires working with orders of just one or several items, rather than assembling pallets with a single product. Latitude allows Jensen to automate many of the functions necessary for its e-commerce operation.

For instance, Latitude enables Jensen to assign a packing slip template to a customer profile. "Many customers want a shipment to be personalized with their logo or other branding," Horton says. To the end consumer, the shipment appears to have come from the retailer or brand itself. "It's important for us to be a truly blind fulfillment partner," he adds. Latitude also can communicate with carriers such as FedEx and UPS.

The result? Jensen has been able to grow its e-commerce business to several thousand packages per day. "It has almost taken on a life of its own," Horton says.

That's not the only benefit Jensen has experienced. "The improvement in accuracy has been unparalleled," Horton says. In fact, the shift to voice picking made possible with the Latitude WMS has nearly eliminated conversations with customers about mispicks. Moreover, greater accuracy reduces the amount of time Jensen employees spend correcting errors.

Because many processes have been streamlined, productivity has increased one to two percent each year. In addition, new employees can get up to speed on Latitude more quickly than they could with the older system because it's more streamlined and updated.

With Latitude, Jensen is on the right path to further growth and efficiencies.