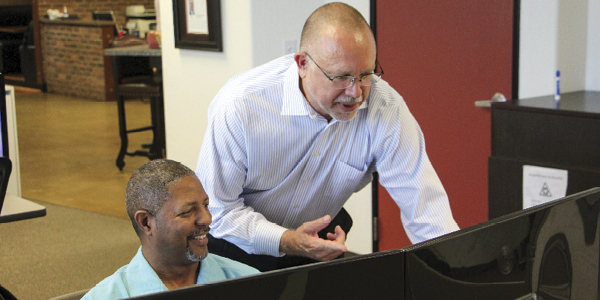 Originally founded as a construction firm in Alabama chasing down government contracts in the years following World War II, Blount International has grown into an $829-million manufacturer with offices in Singapore, Costa Rica, Scotland, and the Philippines.

Business was good. But in 2012, Blount's management team realized that its segmented distribution system caused the company to make critical supply chain decisions based on faulty information and questionable data gleaned from widely disparate sources.

The company was leaking money from various inefficiencies. "We needed to help improve operational efficiency and gain an essential understanding of our global logistics spend," says Alfredo Camacho, director, global transportation and trade compliance, Blount International. "We had to find out where the money was going and we needed to reduce costs…fast."

Decidedly non-technophobic, Blount has a track record of implementing new technologies and concepts to improve its operational capabilities.

In the mid-1980s, for example, the company absorbed a major competitor, manufacturer Omark Industries, one of the first U.S. companies to import Lean manufacturing and just-in-time logistics concepts from Japan. Blount integrated the two then-revolutionary processes into its operations, which had an almost immediate positive impact.

Faced with its most recent challenge, Blount spent nearly eight months vetting more than 12 data analysis software providers with the goal "to partner with a provider who had a presence in Brazil, North America, Europe, and Asia," says Camacho—a critical issue as 60 percent of Blount's business is international.

The company "looked at more than one dozen providers because we wanted to partner with a provider that had a footprint outside the United States and the ability to drive operational efficiencies that would give us some of the quick wins we needed," Camacho says.

Enter Trax Technologies. Based in Scottsdale, Ariz., the company develops logistics data software and management systems. It bills itself as "a data refinery for the information supply chain," and specializes in measuring and controlling settlement risks; allocating logistics costs; automating invoice auditing and payment processing; and providing invoices, financial solutions, visibility and analytics, and data management.

"At the time, Trax was one of two providers that had the footprint we were looking for," says Camacho, adding that Trax got the nod "when it demonstrated the ability to drive operational efficiency quickly."

"Our clients usually come to us with a specific problem," says J. Scott Nelson, the founder, president, and CEO of Trax and a veteran with 22 years of experience in developing and applying transportation management systems. "We look at the issue and determine if a misapplication of data is the source of the problem."

In Blount's case, extensive discussions with Trax revealed issues of "uncontrolled revenue leakage" in the company's freight settlement and payment process, according to Nelson. The problems were there all along, but so diffused that no one was able to effectively deal with them.

By focusing on data refinement and automation, as well as Governance Risk and Compliance controls, Trax isolated the problems and plugged Blount's logistics-related revenue and expense leaks. It automated the company's process that clarifies logistics costs to the correct budget guidelines, and provided immediate visibility into Blount's logistics spend.

That process, says Nelson, "enabled us, for the first time, to track Blount's costs and the business activity that was actually generating it. That gave Blount real-time information as to their actual cost drivers, which allowed them to make different decisions about realigning their supply chain and reducing costs."

Part of the process was Blount realizing that it needed to augment its investment in improving its internal capabilities "to produce the outputs necessary to better align logistics to its overall strategic supply chain plan," Nelson says. "We were able to help them enhance the value and utility of their investments in ERP and other technologies by providing refined underlying data that made these systems smarter and more effective."

The results became evident quickly. Blount implemented operational efficiencies within the first six months of its initial meeting with Trax.

The partnership has resulted in Blount having "single-source visibility" into more than 90 percent of its logistics spend, says Camacho. The company reduced overall global logistics spend by $7 million, or 4 percent, over the past three years.

"One of the most dramatic results was the significant drop in cost-per-kilogram and landed cost opportunities," Camacho says. "For example, from India to the United States, the cost per kilogram dropped from $1.20, on average, to 50 cents."

With access to its analytics dashboards, Blount can more accurately identify new upstream opportunities. Visibility of spend increased by 3 to 4 percent. The company also is equipped to negotiate better contracts with logistics service providers; it saved approximately $1.6 million with major international carriers alone, according to Camacho.

A Question of Quality

At the heart of the process was implementing a method to critically evaluate the substantive quality of the data being collected and analyzed: Is it accurate? Is it from a reliable source? Is the recovery system used to collect the data operating efficiently? Has the information been tainted or corrupted in some way during gathering or transmission? Is it being updated frequently?

"We often find ourselves having to tell people things about their world they don't know or didn't think were true," says Nelson. "You can't always repair supply chain data, but at least you can quarantine it, decide not to trust it, and don't use it to make decisions because it's not trustworthy."

When collecting data, it's "critical to be able to tell the difference between what's genuine and what isn't," says Nelson, filtering out the signals that are relatively harmless and tuning in to the ones that could have a major impact on what you're trying to accomplish.

Some of the largest companies in the world "have spent hundreds of millions of dollars on operational or financial billing systems that were promised to be the be-all and end-all system, only to see that, in actual practice, it never achieved the promised performance because it failed to identify the data problem until they got into using the systems operationally," Nelson adds.

Many manufacturers and logistics companies "have been burned by technology that failed to deliver," he says. "And a lot of vendors sold software that over-promised and under-delivered, so it's an industry that has been scared off."

And so, "they are naturally skeptical, although less so in recent years," says Nelson. "But we do find that their typical response is to solve data problems through process and people first, and systems second."

Many multi-nationals, he says, have failed spectacularly by not tagging and tackling logistics-related problems effectively. "They often find they have no one in-house with the experience to deal with the situation," Nelson says. "So, they frequently just throw people at it, or take processes out of the automated world, or automate workflow management."

As much as companies talk about data management, "taking an effective approach is shockingly rare, particularly in supply chain management," Nelson says. "It's shocking how some of the biggest companies in the industry still compile data and information by hand."

It's difficult for people, particularly those in large multinationals, to develop a view of their supply chain based on applying a suite of technological applications that can collect, store, manage, and interpret data from a broad spectrum of business activities. They are "like a man with one watch. They always know what time it is, even when it's wrong," says Nelson.

The process was an epiphany, says Blount's Camacho; one that gave the company the ability to transition a significant portion of its logistics data management from inefficient manual processing to a significantly more effective software-based platform—a move "that increased our ability to internally communicate data and realign some other internal data management and analysis operations," he says.

Improving the data management process "resulted in operational efficiencies that impacted all the transportation modes we use to ship our products globally: parcel, air, ocean, and rail," Camacho says.

"We can now analyze and normalize filtered supply chain data in a way that improves our performance," he adds. "We weren't able to do that before and it has opened the door to a new way of conducting business."