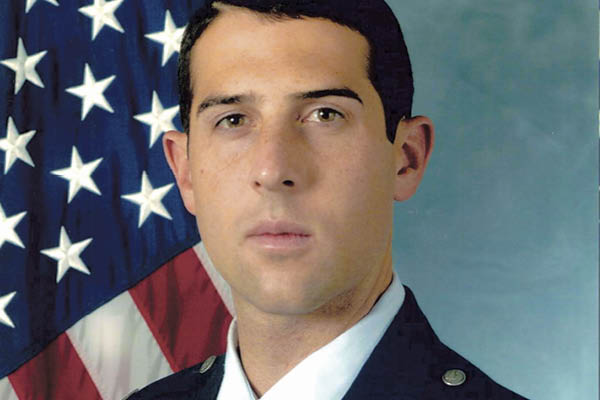 Capt. Kazimir Kostrubala, USAF, is squadron operations officer and installation deployment officer with the 19th Logistics Readiness Squadron, 19th Airlift, at Little Rock Air Force Base (AFB) in Arkansas. He received the 2011 Beyond the Call of Duty: Logistician of the Year award for his work with the Institute for Defense and Business.

A logistics readiness officer in today's military focuses on process management and achieving continuity throughout the organization. Continuity is difficult because deployments and reassignments create turnover at every level.

Imagine a firm where the CEO and COO are both replaced every two years, plant managers are replaced every four years, and each year at least one-third of the personnel go on leave—or, in our case, deployment—for four to six months.

That's what the military has been experiencing for the past decade. The disruption to the overall structure presents challenges to individuals who are trying to maintain the operation.

A lot of people talk about doing more with less. That's a serious logistics concern for Little Rock Air Force Base because we've been losing personnel.

We've already experienced a civilian hiring freeze and major cuts to our civilian positions. The loss of so many civilian staff members, who have provided continuity in the midst of deployments and reassignments, forces us to operate differently.

I'm trying to consolidate data from the six functional units, or "flights," I oversee into a single virtual platform. The goal is to create operational synergy that will help us better manage personnel, funding, and other resources. We're like a business with many independent units trying to centralize its logistics functions to achieve economies of scale.

The project that earned me the Logistician of the Year award came about when I was assigned to the aerial operations flight in Little Rock. One of that unit's jobs is building loads for flight crews to drop during training. A load is a structure built to simulate the weight and dimensions of a piece of cargo dropped from a plane to supply deployed troops. Customers asked us to produce more of those loads, but we didn't have the resources to increase production.

As I investigated the problem, I found that the people in charge of scheduling the loads were double-booking, so different groups of trainees were competing for the range, and for the loads, at the same time.

Members of each training unit were concerned that another unit would grab all the available loads, so they started padding their inventories and asking us to produce more.

Once I discovered that, the solution boiled down to getting the conflicting parties to work out their differences and manage their own inventories. By getting them to talk to one another, we were able to level the demand spikes.

Something I wrestle with a great deal in my work is the way military logistics strategies lag behind war-fighting capabilities. With today's technology, our ability to engage the enemy is getting better all the time, and we need fewer resources to do it effectively.

As a result, many of our logistics practices have grown obsolete—yet we continue to sustain them. We need to develop new practices to better fit the way we fight wars today, and how we'll fight in the future.

How do you recharge your batteries?

It is wonderful to come home at the end of the day and play with my two sons.

Giving one of my superiors unsolicited feedback. That's not typical in the Air Force, but I respected him enough to do it.

Do you have a superstition?

Don't eat a banana on a boat before you go fishing.

Is there something you don't do especially well but love doing?

I dabble in tennis, soccer, track, snowboarding, surfing, and sailing. I recently learned bow hunting, and two years ago I tried basketball for the first time.

Traveling to South Africa to surf and sail around the Cape of Good Hope; hiking the entire Appalachian Trail with my wife; and experiencing big wave surfing.

Related Articles
Casting Vets Into the Private SectorHiring Heroes: A Good Deal for U.S. Companies
Battlefields and Boardrooms: The Military-Private Sector Connection
From the Service to the Supply ChainJason Ballard: Distributing Ammo and Hot ChowWilliam Cossey Jr.: Happy in the Middle of the ActionLogistics Gets SchooledSupply Chain Conferences Complement Logistics Job Training and EducationIn Search of the Next Great NicheEthan Frisch: The Spice is Right More related articles...