Blazing Trails from the Crossroads of America 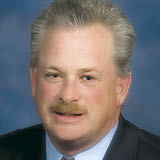 Missouri's transportation system is an essential component of many industries, and the heartbeat of everyday life, working as a conduit between its rural areas and its big cities. But, because it's always there, it can be easy to take the state's transportation infrastructure for granted.

Sometimes we need to be reminded that transportation can—and does—make a difference for everyone. In fact, every dollar spent on transportation in Missouri generates four dollars in new economic activity.

The private sector consistently reports that two factors drive its decisions to relocate or expand: workplace quality and availability, and access to critical corridors. Transportation investment is a means to an end—growing the economy, creating jobs, improving the quality of life.

Consider Missouri's major highways. The businesses that flank them are there because of a need to ship goods, receive raw materials, and access customers. Every transportation project adds value for those businesses. But Missouri's companies are also increasingly interested in their connections to global markets, making transportation all the more important. Especially in the middle of the country, far from foreign markets, transportation plays a pivotal role in business success.

Missouri is uniquely positioned to maximize its geographic and natural resources with an integrated transportation system that creates an economic advantage for the state. Tying two major river systems together with two of the nation's largest freight rail hubs, 1,100 miles of interstate highway, and under-utilized major airports gives Missouri opportunities that few states have.

Current transportation funding to support this infrastructure is unsustainable going forward. Relying on fuel taxes will be insufficient as people adopt more fuel-efficient vehicles. At the federal level, the Highway Trust Fund needed an infusion of $34.5 billion from general revenue in just the past two years.

This puts us at a critical time in transportation history. Like Missouri's geographical location at the crossroads of America, we're also at a crossroads of choice. The transportation policies we formulate today will have widespread ramifications, both for ourselves and for the next generation.

But Missouri has what it takes. After all, its transportation system was made possible by visionary leaders willing to make hard decisions in tough times. We still have the will to make hard decisions now—to step up and solve the transportation funding problem with a heightened understanding of policy, and an honest look at the costs and consequences of maintaining and improving the network.

Some say the only differences between first-world and third-world countries are sanitation and transportation. The United States learned that lesson long ago, and became the most powerful country on earth. Emerging countries such as China and India learned from our experience, and their commitments to their transportation systems have spurred rapid growth.

We can't afford to sit on the shoulders of others and watch the world speed by. We need to blaze trails as our forefathers did, using our resources, partnerships, and innovations to keep our lifeline strong, and to show the world all Missouri has to offer.