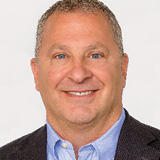 Q: What is partial truckload?

A: You hear a lot about less-than-truckload (LTL) and full truckload, but an often overlooked mode is partial truckload, or volume LTL. This mode has benefits shippers should consider when looking for faster transit times, less handling, and a more cost-effective solution.

Logistics professionals begin to look at partial truckload or volume LTL as an option when their clients have shipments that fall between LTL and full truckload. Definitions of partial vary, but are generally based on the size of the order (weight and linear feet) and service requirements (time sensitivity and the type of freight).

LTL networks are optimized for shipments generally less than 12 linear feet and one to six pallets. Full truckloads tend to contain 26 to 30 pallets and approximately 42,500 pounds. The partial "sweet spot" is between six and 18 pallets and/or between 8,000 and 27,500 pounds. Shipping partial truckload allows 3PLs to utilize their carrier networks to haul these shipments with carriers that have extra room on their trailers. Why pay for a full truckload if you don't have to?

Q: What value does partial truckload have over modes such as LTL and full truckload?

A: Unlike LTL, partial truckload shipments usually do not require freight class, eliminating re-classing and the extra charges (like minimum density) that typically accompany larger shipments.

Q: What else should you know about partial?

A: To give an example, a 10,000-pound LTL shipment (seven pallets, class 70) moving from Chicago to Los Angeles can cost between $2,000 and $4,000 on a top-tier LTL carrier (but may be subject to linear foot provisions, leading to additional charges) and between $2,700 and $3,200 as a full truckload (depending on service requirements and capacity). However, that same shipment as a partial truckload costs between $900 and $1,050—a substantial savings opportunity for shipments that meet the criteria of partial truckload.

Although not all 3PLs specialize in partial truckloads, look for one that has not only the relationships with the best partial truckload carriers, but also the technology to support your transportation needs.