Beating the Odds in Latin America 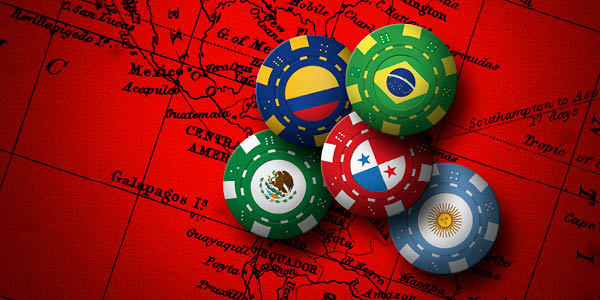 Multinational corporations are gambling on the Latin American market's growth potential. But when it comes to meeting the region's supply chain challenges, all bets are off.

"Latin America has transformed itself into a set of fast-growing, emerging economies," says Jose Fernando Nava, president, Latin America, for DHL Supply Chain. "Many countries have developed sound economic policies, with good reserves. The level of public debt is lower compared to other economies. Commodity exports have risen for the past several years, and internal consumption is flourishing."

Consumer credit, which was largely absent 15 years ago, is becoming more available in the larger countries—fueling economic activity. "Home loans, which we have always taken for granted in the United States, were non-existent in Latin America 20 years ago," says Nava. "Today, credit is present in many forms—for car, construction, and home loans, as well as credit cards."

These developments have created internal demand, which has attracted new investment by many global players in industries such as consumer goods, high-tech, and electronics. The region also is benefiting from a recent shift in global manufacturing strategy for large multinational corporations.

"Companies that had located all their manufacturing plants in China are looking to reduce supply chain risk by moving some production to Mexico and Brazil to serve the Americas market," notes Claudia Roa, vice president of Latin America for DHL Customer Solutions & Innovation.

"Doing business in Latin America, however, is rife with complexities," Roa cautions. "Logistics costs are high compared to other regions of the world—about 15 percent of the cost of goods sold. Countries are trying to find ways to reduce these costs, but it will take time."

Emerging growth economies pose unique challenges for all supply chains, and Latin America is no exception.

Underlying supply chain development is the fact that Latin American consumers are becoming more sophisticated. "A few years ago, if consumers in Mexico bought chocolate from a convenience store, it would be white because it was so old," Nava explains. "They wouldn't even think about returning it, because that was the norm."

Today, that's not acceptable. Supply chains must be able to deliver quality in both product and services, while becoming more efficient and effective.

"Though Brazil's infrastructure score remains weak, investment is set to intensify in the run-up to both the 2014 World Cup and 2016 Olympic Games," the study says. "When respondents were asked to rank countries with the biggest potential to become a major logistics market in the future, Brazil placed third in the survey."

Mexico clings to top-10 status in the Agility index. "Mexico has seen a continuous decline in its score due to high levels of crime and violence caused by drug-related trafficking," the report indicates. "On the plus side, the country has seen reasonable economic growth in recent years, and benefits from a strong service sector.

"In addition, foreign direct investment into Mexico remains high, and does not seem to be deterred by crime levels—reflecting the relatively easy access to its market and economy Mexico offers international companies," the report says.

Going forward, the following five issues will play a major role in how successfully Latin America develops as a manufacturing, distribution, and logistics market:

Clearly, global corporations see Latin America as a high-growth market for the next decade or more. Unilever is no exception. "Latin America is a big opportunity for us," notes Herrick. "Our first-quarter 2012 results show tremendous growth there."

Unilever is investing heavily in manufacturing capacity throughout the region. In April 2012, the company announced plans to invest $500 million in production and distribution facilities in Mexico. Earlier in the year, Unilever CEO Paul Polman unveiled plans to build production and distribution facilities in Colombia to support growth there. The company will invest about €75 million over the next three years to build a state-of-the-art laundry detergents factory and distribution complex at Palmira, Valle del Cauca, to increase Unilever's capacity for growth, and meet increasing demand for laundry products in Colombia and other parts of Latin America. The goal is to enable Unilever to produce locally and/or regionally, thereby delivering products more quickly to consumers.

"Unilever has set an ambitious goal— to double the size of its business while reducing environmental impact," says Pier Luigi Sigismondi, Unilever's chief supply chain officer. "These new facilities will help us continue to grow in Colombia.

"Our business in Latin America makes up a significant portion of the 54 percent of business that Unilever currently generates from emerging markets," Sigismondi says. "We expect that figure to rise significantly in the future."

Unilever ties supply chain network design directly to supporting its growth vision in Latin America. "We have a clear strategy by customer channel," Herrick notes. "The drug store and value channels are big in Brazil, for example. We look at the market as a matrix, considering the end-to-end supply chain, not just distribution or manufacturing. We then identify what it will take to support growth in these channels."

In many cases, Unilever partners with 3PLs to handle warehousing and transportation. "3PLs with experience in Latin American countries know how to manage the complexities," says Herrick. "In Brazil, for instance, transportation is complicated. Carriers use five or six different truck sizes, depending on the channel requirements. They tailor the equipment to the type of customer.

"The transportation industry is fragmented in Latin America, with a lot of small players," Herrick continues. "That makes it more difficult to manage, especially when handling volume spikes. And having no rail service in Latin America puts pressure on pricing."

With Brazil hosting the World Cup in 2014 and the Summer Olympics in 2016, it's no surprise that Nike views the country as a huge opportunity. In fact, Nike's operations there are poised to become one of the company's largest in the world.

"We receive products from hundreds of factories worldwide and deliver them to thousands of stores across Brazil," explains Leonardo Silvério, national logistics manager for Nike. "The only way to succeed in managing this complex supply chain is to work closely with reliable partners—whether they are suppliers or retail clients."

Its 3PL partnership with DHL Supply Chain has enabled Nike to improve customer service levels throughout Brazil while keeping up with rapidly growing order volume. The solution has reduced overall supply chain costs, and outperformed expectations in 42 categories including inbound, outbound, picking, and shipping, within the first 45 days of operation.

From a supply chain perspective, Latin America "is all about growth," according to Herrick of Unilever. "From the shipper perspective, you have to have the wisdom to take a step back, and understand the culture and how you do business there. It's exciting to be part of a growing area. It's like going back to the 1950s and 1960s in the United States, when businesses were keen to grow and develop."

Understanding the true dynamics of the market, such as infrastructure and distribution challenges, is crucial. "When companies consider entering the Latin American market, they need to realize that each country has different complexities and challenges," Roa advises.

"Many regulations can impact logistics and supply chains," Roa adds. "If companies want to invest, they must understand these regulations, and work with stable logistics partners that can guide them in the process."

With ocean trade a critical lynchpin of Latin America's future prosperity, what does the near-term capacity and rate picture look like? To find out, Inbound Logistics spoke with Mike Wilson, senior vice president, business operations, for Hamburg Süd North America, one of the major liner companies servicing the Latin America trades.

"The container trades in Latin America will likely experience what the liner industry calls the 'cascading effect'—big ships displacing small ships," Wilson notes. While this effect may mean lower rates in the short term, it raises real concerns for the long-term health of containership companies and, thus, the future of capacity.

"Between 2005 and 2009, global liner capacity grew ahead of cargo growth," Wilson explains. "In 2011-2012, cargo capacity and growth nearly equalized, but excess capacity continued to build as new ships entered the ordering, construction, and delivery pipeline. As these new ships come online in the next few years, ship supply will outstrip demand, based on anticipated cargo levels worldwide.

"Supply/demand equalization could take place by 2018, if no new ships are added," he continues. "Unfortunately, this is not likely to be the case, as economics (fuel, capital) will drive the trend toward newer and bigger ships with a lower capital and operational cost per slot."

Given this reality, what do carriers do with their older, smaller, less-efficient ships? "The initial step to improve utilization was to 'slow steam'—run slower, which means carriers needed more ships deployed," says Wilson. "Once slow steaming is maximized, excess capacity is moved to other trades. This is called 'cascading.'

"Cascading, however, only works to the point of saturation in the receiving trade," he continues. "Cascading is happening in the Latin American trades today, as well as in other areas of the world. This has a negative effect on rates, and subsequently on carrier balance sheets. This may be good for shippers in the short term, but eventually, unless volumes increase, carriers will decide to tie up vessels—take them out of service and wait."

Rates will improve at that point, as capacity and volume find more equilibrium. This could create service issues in high-growth trades such as Brazil and other Latin American economies.

"As volume in these trade lanes continues to grow, and capacity in other trades is in excess, the 'cascading' of vessels into these trades is a likely outcome," asserts Wilson.