Andy Yablin Goes Back to School 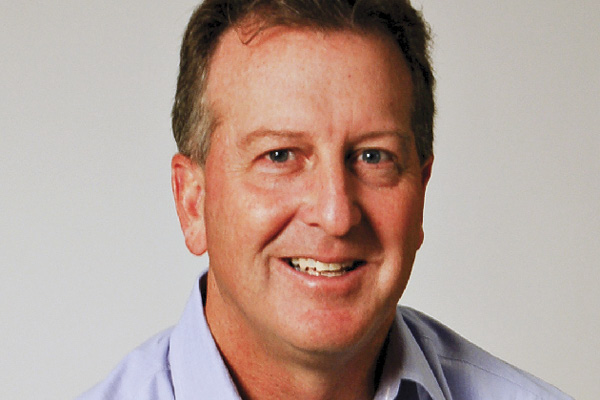 Andy Yablin is vice president, transportation at Scholastic Inc. in New York. He worked for the children's book publisher from 2002 to 2008 and returned there in 2014 to take on his current role.

My logistics career started in high school at a moving company, where I learned to pack freight and load trucks, and the owner sponsored me to get my tractor-trailer license. When it came time for college, I chose Northeastern University because it was one of the first schools in the country to offer a degree in transportation. During college I worked at ExxonMobil as a co-op student and stayed there for almost 14 years.

After working at Scholastic from 2002 to 2008, I came back in 2014. As vice president of transportation, I'm responsible for anything that moves. The core of our business is the Children's Book Publishing and Distribution division, which includes trade distribution, our reading club, and school book fairs.

Scholastic prints 90 percent of its books in the United States. Books for our trade and reading club channels move via various modes to our large distribution center (DC) in Jefferson City, Mo. UPS delivers book club orders from there to schools. Trade orders move from Jefferson City to booksellers' and distributors' DCs. When we do a major book launch, we might deliver that product directly to stores.

Product for the book fairs moves from manufacturers to our approximately 60 smaller DCs around the country. We use a private fleet to deliver books and display units to schools.

One big challenge we face at Scholastic is the driver shortage, which affects both inbound transportation and our outbound private fleet. Carriers are under pressure to increase drivers' wages, and that's bound to push up freight rates. We also face capacity issues, especially during our peak season in the fall.

So we're trying to figure out how to get more product on the trucks in our private fleet, and how to maximize the capacity of inbound vehicles we hire. If we move 38,000 pounds on a truck that can haul 45,000 pounds, we want to work with manufacturers to increase our pallet and SKU counts by packaging or loading differently.

On my list of career accomplishments, the one I'm most proud of occurred at Scholastic when I managed the distribution of the fifth, sixth, and seventh Harry Potter books. They all had strict release dates, and many stores were planning parties when the books went on sale. The chain stores took delivery at their DCs, but we delivered directly to independent bookstores.

Not only did the books need to arrive exactly on time, but we also faced a security challenge. Fans desperately wanted to get their hands on the last page of each book, so we had to lock up waste from the printing plants until the book went on sale.

Thanks to good planning and development, we didn't disappoint a single bookseller—or Harry Potter fan.

What's one big goal you have yet to achieve?

I play a lot of golf. Breaking par is something I have not accomplished, but would like to.

If you could get a do-over on one decision you've made, what would that be?

My family was on Boylston Street when the Boston Marathon bombing occurred in April 2013. We were fine, but I would definitely choose not to have been there.

If you could go back to school purely for fun, what would you study?

I would learn to be a pilot.

What movie could you watch one million times and not get bored?