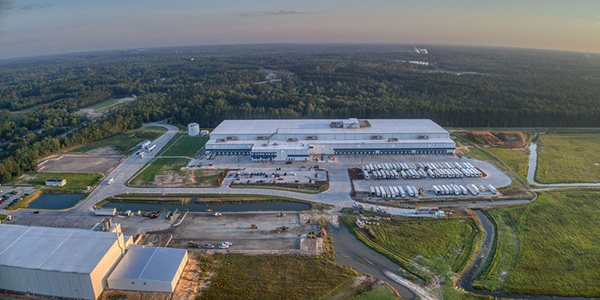 The Port of Savannah is Georgia’s gateway to the world—a critical conduit moving products to and from destinations around the globe. As the largest single-terminal container facility of its kind in North America and the third fastest-growing port in the nation, Savannah faced infrastructure challenges that required an investment to strengthen cold chain capabilities for perishable shippers.

Bringing cool to the coast

Prior to 2014, the U.S. Department of Agriculture (USDA) did not allow imports of perishable foods through the South Georgia port because it lacked plans and infrastructure to manage the Mediterranean fruit fly. The fruit fly has the potential to contaminate food with bacteria and other pathogens. As a result, chilled fruit and vegetable imports to the United States were restricted to three regions: South Florida, Philadelphia/New York, and Los Angeles/Long Beach. Consequently, 95 percent of the imported fruits and vegetables entering the U.S. East Coast came through Northeast ports which were then trucked to the Southeast.

In 2015, the USDA changed its directive and allowed the Port of Savannah to serve as a new entry point for cold-treated produce, increasing the traffic of frozen and temperature-controlled fruits, vegetables, and proteins. To support the increased traffic, investment in infrastructure and technology were needed. Americold, a leader in temperature-controlled warehouses and supply chain solutions, responded by building a new 15-million-cubic-foot state-of-the-art cold storage facility that opened in 2020. According to the Georgia Ports Authority (GPA), “speed to market and the cost of overland transit have been traditional challenges” for chilled cargo importers aiming to serve the Southeast. New facilities, like the Americold warehouse, enable faster, more efficient distribution channels for fresh and frozen food products.

Infrastructure wasn’t the only investment needed in Savannah. As the industry shifted toward using the Port of Savannah for protein exports, new technology and capabilities were also required. Georgia is the largest exporter of poultry in the world. Poultry exports require facilities with blast freezing technology to protect and preserve the product’s quality. With advanced blast freezing capabilities, Americold’s Savannah facility streamlines an operation originally available only in northern ports, finally bringing protein export services to the Southeast. With the ability to blast freeze one million pounds of poultry in 24 hours, instead of the traditional 48 hours, Americold is able to help drive efficiency and increase through-put for shippers.

Investing in infrastructure is critical

For international produce providers who are importing and exporting perishables, the Port of Savannah is one of the first U.S. ports of call for fresh fruits and vegetables. The port’s location, global ocean carrier network, and access to transportation channels—including vital links to growing markets in South America and Europe—reduces transportation time as compared to Northeastern ports, which require additional trucking and transport. The investment in infrastructure offers enhanced accessibility, allowing shippers to take advantage of more cost-effective transit options and faster-to-market service.