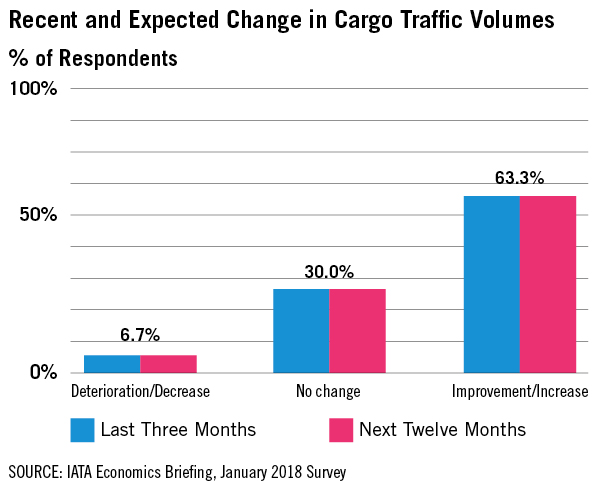 The 63 percent of airline CFOs and heads of cargo respondents to IANA's survey reporting a year-on-year rise in demand over the previous three months was the highest share for this measure since Q2 2011. Meanwhile, the proportion who reported a decline (7 percent) was the lowest in more than seven years. This combination lifted the backward-looking weighted-average score to its highest level since the post-crisis demand rebound in 2010/2011.

Airline management confidence remains high, despite concerns about higher fuel costs, and an expectation that profits will fall from 2017, according to the International Air Transport Association's (IATA) latest Airline Business Confidence Index.

Among the index highlights: