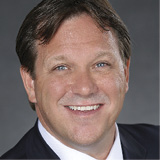 More than 21 million metric tons of fruits and vegetables were imported into the United States in 2013, according to the U.S. Department of Agriculture (USDA). Approximately 35 percent of that produce comes from Central and South America. While Latin American perishable exports have grown dramatically in recent years, some logistical shortcomings prevent maximum cold chain efficiency and profitability.

Currently, a USDA rule requires Latin American produce to enter the United States through colder, northern ports, particularly Philadelphia. The rule requires certain perishables from warm-weather countries to enter the United States at ports above the 39th parallel. This added safety measure kills stowaway fruit flies and prevents infestations from spreading to warmer states and potentially damaging their agriculture. Once the produce is stabilized and cleared for distribution, it is trucked to the southeast market.

For nearly half a century, Latin American growers exported their product by going north and trucking product to the southeastern United States. While this shipping route was designed as a safeguard, the flaw is that it creates a cold chain that adds time and cost, and causes profit losses for exporters and consumers.

South Florida is looking to break the traditional cold chain and become an attractive gateway destination.

A Key Link in the Cold Chain

Home to PortMiami and Port Everglades, the closest U.S. Eastern Seaboard cargo ports of call to the Panama Canal, South Florida is a convenient entry point for produce to quickly reach the southeastern states.

Produce coming directly into South Florida can be on supermarket shelves up to one week faster if it follows the south-to-north transportation channel, according to local port officials. It can also shave upwards of $3,500 per container from the extra truck haul for delivering produce back down to the Southeast.

Innovations in cold treatment techniques and technologies are also prompting a logistical redirection. Nearly $35 billion of perishable foods are wasted annually, with nearly half of those losses due to temperature changes experienced in-transit between the grower and the grocer, cite industry reports.

In October 2013, both South Florida seaports joined a pilot program to receive Peruvian and Uruguayan blueberries and grapes directly from refrigerated cargo containers. These containers allow for a 15-day cold-treatment process, which stores the produce at near-freezing temperatures that continue uninterrupted aboard the ship before being unloaded onto dock.

The volume of produce imports to the United States has been steadily growing at a rate of eight percent since 1999. And with U.S. consumer demand showing no signs of abating, slow and steady will not be enough to win the race to stake claim to the $24 billion of produce imported annually into the country.

If the shortest distance between two points is a straight line, everyone having a vested interest in Latin American produce, from grower to grocer to consumer, should understand the benefits of taking a direct route through South Florida. Doing so offers a competitive advantage that saves time and money, and offers consumers a fresher and more affordable product.