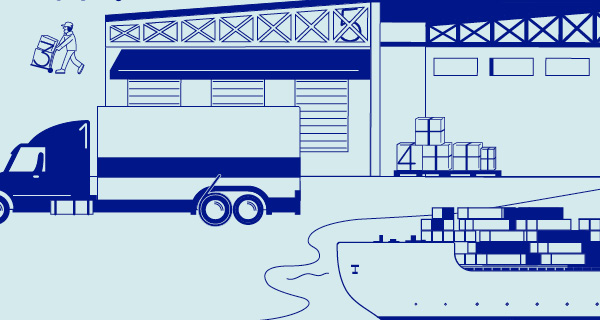 As shippers puzzle their way through a record truckload capacity shortage, they have to change how they do business to find the right truck at the right time for the right price.

The U.S. truckload capacity shortage continues with no end in sight, at least for the next year or so. Across all equipment types, the load-to-truck ratio in July 2018 was 11.3 loads per truck, down from 17.7 in June (a decline that's a common seasonal trend), reports DAT Solutions.

What's behind this uneven match up?

Carlier and other industry leaders cite a number of factors that, in isolation, would be manageable. But because they're happening simultaneously, some shippers struggle to get the right truck at the right price at the right time.

Factors Leading to the Capacity Crunch

Top factors contributing to the capacity crisis include:

Of all these factors, the one getting the most attention is the truck driver shortage.

"Our latest estimate of the shortage for Q2 2018 is 271,180, which represents the first directional change in the driver shortage since the end of 2015," says Avery Vise, vice president of trucking at FTR Transportation Intelligence. "Our estimate is that the Q1 shortage of 286,803 drivers is the largest shortage in history and is expected to be the worst of the shortage in the current cycle."

Where Are the Drivers?

There are several reasons why there aren't enough truck drivers. "Some demographics in the industry aren't favorable," says Mark Rourke, executive vice president and chief operating officer for Wisconsin-based transportation provider Schneider, referring to driver age. "Schneider has made investments and changes that are paying off, as one in five of our drivers is a millennial and the percentage of women drivers in our fleet is far higher than the national average.

"However, I sign more retirement letters nearly every day," he adds.

Younger workers aren't attracted to the profession for many reasons: Pay that's viewed as too low for the hours and conditions worked, a lack of interest in being away from home for extended periods, and less-than-ideal working conditions on the road and on docks.

"First and foremost, drivers throughout the industry don't receive the respect they've earned and deserve from shippers, companies receiving the goods they deliver, the motoring public, and the industry itself," says Phil Byrd, Sr., president and CEO of Bulldog Hiway Express, a Daseke company in South Carolina. He is also a past chairman of the American Trucking Associations.

What's more, there's plenty of work in other fields for potential drivers. "In this booming economy, drivers can get jobs in their backyards working in construction or the oil industry," adds Kevin Abbott, vice president of North American truckload services at 3PL C.H. Robinson in Minnesota. "These are the types of jobs that get people home every night."

What's a Shipper to Do?

In today's marketplace, truckers are in the driver's seat in more ways than one. "Shippers have to understand how the industry has changed," says Ron Talley, president of Houston-based Crane Freight and Cartage. "It's a driver's market today, not a shipper's market."

"Carriers are blacklisting certain distribution centers and charging double time for others," adds Ryan Ilges, vice president of truckload at Unishippers in Salt Lake City. "They know the shippers need them and they're looking at factors that include detention time."

With all that in mind, here are six suggestions for finding the capacity you need.

1. Get your act together in the distribution center.

"Make sure your warehouse is organized for efficiency so drivers can get in and out quickly," says Matt Cahill, owner of SUPPLY POINTe in Cincinnati.

"Drivers don't want to sit around waiting," adds Talley. "They make more money when they're on the road."

An optimized warehouse that helps drivers reduce dwell times improves driver productivity. That, in turn, helps a company become a "shipper of choice."

"That means being conscious of carriers' needs and catering to them as much as possible," says Abbott.

This serves another purpose, however. As carriers address the driver shortage by paying drivers more, they will have to pass those costs along to shippers. Using technology to become more efficient could help offset rate increases. "Rates will continue climbing," says Carlier. "This will put pressure on shippers to drive costs out of the system."

2. Be more flexible with pickup and delivery times.

"The ELD mandate impacts how drivers manage their hours of service and drive time," says Abbott. "Being more flexible with schedules allows carriers to build the productivity they need to make ends meet."

"We don't work on a Monday through Friday, 8 am to 5 pm schedule," adds Byrd.

Flexible scheduling might involve reviewing long-standing business processes to uncover what should change because of the current situation. Carlier recommends re-examining existing business rules and asking why you're doing certain things. "In many cases, it's only because that's how it has always been done," he says.

Give drivers a safe place to park and access to rest rooms. Smile at them. Offer a bottle of water at the loading dock. Show a little respect.

Why isn't this happening already in many locations?

Abbott, whose company has a Carrier of the Year program, speculates that "it's the stress of the job. When you have to get goods off your dock on time, the everyday stress can spill over to that stranger walking onto your dock."

Be aware that drivers provide feedback to carriers, who might charge higher rates or pass on the loads altogether because they know they'll struggle to get drivers to go to an unwelcoming location.

More than 70 percent of the country's freight by weight moves over roadways, according to the American Trucking Associations. Yet not all of those roads were built to accommodate this level of heavy traffic.

"Some highway on and off ramps weren't designed for commercial traffic," notes Byrd. "This often puts commercial drivers in situations that create accidents."

Truckers also need more public rest stops and parking in existing rest areas. This is even more important given the hours of service mandate for rest periods. "Some states aren't re-opening truck parking locations that were closed for lack of funding," Byrd says. "It's a real issue that affects capacity for shippers and effective movement of drivers."

5. Help the carrier find another leg or backhaul.

This is where technology can make a difference. "Plugging into a technology network with lots of connections will help carriers fill trucks for backhauls or a new leg and help get capacity while keeping rates down," says Ilges.

By leveraging Kuebix's shipper and carrier community, companies with fleets can reduce the number of empty miles they run. As a result, fleet owners generate additional revenue while opening up capacity for shippers.

Carriers want to work with shippers who don't make them wait for their money. Technology can help with that, too.

For example, Transporeon offers a platform that automates and streamlines the process, allowing the shipper to pay an invoice for less than it costs to handle internally. It does so while paying in fewer than seven days after delivery.

Through its new Quickload platform, BOS Group is the first company to pay carriers within 48 hours, according to Ozan Baran, founder and CEO of the southern Florida logistics provider. Quickload, which pairs freight with carriers, triggers a payment as soon as the system receives proof of delivery.

Carriers say they are beginning to see positive changes among their shipper customers. "Our drivers have an app that allows them to provide feedback on shipper facilities and operations," says Rourke. "To our customers' credit, most are actively seeking this feedback.

"Many shippers are doing great things and have made improvements," he adds. "Shippers who aren't are the ones having the most difficulty finding capacity in the current environment."

Breaker, Breaker: There's an App for That

Here's a sampling of resources available to help truckers be as efficient, safe, and comfortable as possible on the road.

Dock411: Gives users the "411" about pickup/dropoff locations, offering specifics on wait times, load/unload procedures, parking situations, restroom availability, hazards, and others. Drivers can also use it to communicate with transportation managers and warehouse operators.

iExit Truck—The Trucker's Highway Exit Guide: Helps truck drivers figure out which exits offer the services they're looking for, whether it's diesel fuel or McDonald's. In addition, users can pre-plan stops before getting on the highway by simulating an upcoming trip.

FleetSafer: Drivers stay safer with this app that kicks in when the vehicle gets on the road and automatically puts the smartphone in "safe mode." It blocks access to the keyboard and screen, and suppresses notifications and alerts. People calling, texting, or emailing the driver receive an automatic response that tells them the driver will get back to them when safely off the road.

Drivewyze: The app's premium subscription "bypass" service delivers a "pull in" message before the driver reaches more than 700 weigh stations in 43 states and provinces. Automatically bypassing based on permission delivered to the screen lets drivers save fuel and time. Bypass rates are 50 to 98 percent, depending on the carrier's safety score.

Weigh My Truck: When drivers can't bypass a weigh station, they can still save time by paying from their phone with this app that works with CAT Scales. The user receives a copy of the weigh ticket via email.

Putting Veterans In the Driver's Seat

Many military veterans bring relevant skills and experience to the transportation industry, making them attractive to employers looking to fill empty seats in cabs.

Schneider has a military apprenticeship program, while at TMC Transportation, more than 35 percent of the flatbed drivers are veterans. PRIME Inc., which actively recruits veterans, was recently honored by the U.S. Department of Defense for its support of employees who serve in the National Guard and military reserves.

To take advantage of it, military drivers must apply within one year of leaving a military position that required operating a commercial vehicle. As of early 2017, nearly 20,000 current and former military members have done so.