3PLs Coming to the Rescue 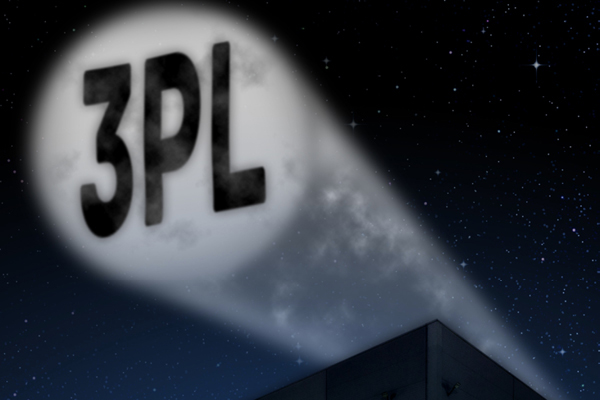 Communication, honesty and transparency, and a willingness to compromise are keys to most strong partnerships, including those between supply chain teams and their third-party logistics (3PL) providers. Communication and honesty, for instance, help establish trust, says Robert Voltmann, president and CEO of the Transportation Intermediaries Association (TIA), an industry group. In turn, trust fosters collaboration and the ability to work as a team.

An openness to change is similarly critical, say Geoff Milsom, vice president of transportation consulting with enVista, a software solutions firm based in Indianapolis, Indiana. At times, both sides want to hold onto existing processes, even when they're less than optimal. "Both need to make concessions to get to better answers," he says.

Most 3PL-shipper partnerships encompass several features not relevant in personal relationships. One is an appropriate incentive structure, Milsom says. Often, a pricing structure that works well in the first year of an engagement becomes less effective over time.

That's because many new contracts are calculated based on the savings the 3PL will generate. This tends to work well early on, as it requires little upfront investment by the shipper, while the 3PL typically can find substantial savings. Over time, however, a 3PL's efficiency increases, leaving less waste to cut. Shippers question whether they're still benefiting from continuous improvement. The 3PL points to the risk they took early on, as well as the improvements they've made. "It leads to a breakdown in the relationship," Milsom says.

Instead, Milsom advocates structuring the contract to keep the cost savings incentive in the first year or so, and then moving to a model that factors in the cost to do business, along with some level of profit. At the same time, both parties need to continue to focus on improvement.

To make this happen, many 3PLs invest in technology, people, and processes that enable them to efficiently and securely move shippers' goods. As important, shippers can access these investments on a variable, rather than a fixed cost basis.

You CaN Bank on it

Many 3PLs also provide a banking function, Voltmann says. TIA data shows most members pay carriers within one month, and some within one or two days. That's quicker than some shippers, particularly since the pandemic. More than 25% of respondents to a recent Gartner survey indicate they will delay payments by at least 30 days as they struggle to navigate the tightened economy (see chart).

Along with technology and banking services, the lengths to which many 3PLs will go to keep their clients' shipments on track are also key. That's the case with the decade-long partnership between Gebrüder Weiss (GW), a 3PL with expertise in the automotive sector, and Tianhai Electric North America (TENA), a manufacturer and supplier of automotive wiring harnesses.

GW manages TENA's air and ocean transportation, as well as warehousing, fulfillment, and distribution in Europe.

When one of Tianhai's ocean shipments was delayed due to weather, all but ensuring it would miss the weekly rail connection from Seattle to Detroit, "nothing short of a miracle would avoid a production plant shutdown of Tianhai's customer," recalls Merlin Dow, sales manager with GW.

GW set to work on that miracle. Dow, based in Chicago at the time, flew to Seattle and oversaw the unloading of the ocean container carrying the parts. He separated enough pallets and cartons to keep the production lines running for several days. These were loaded onto a small plane GW had chartered.

Once the plane was airborne toward Detroit, two drivers began a 2,300-mile road trip to the Motor City, transporting the pallets that remained in the truck. Because they could spell each other, the drivers made the trip in one straight shot. Both plane and truck—and the parts they were carrying—made it to Michigan in time to avoid a shutdown.

"Gebrüder Weiss went above and beyond and personally flew to Seattle to get the parts across the U.S. border and on a charter plane in to avoid shutting the lines down," says Tim Howick, executive director of supply chain management with Tianhai.

"This business will always throw you a curveball," Dow says. "The more chaotic it gets, the bigger the opportunity for 3PLs to be a lifelineand partnerfor their clients." He credits planning, constant communication, mission alignment, and trust to helping GW meet this challenge.

The two companies also work together in Europe. Tianhai faced increased transportation costs, in part because its distribution center was located in Italy, at a distance from customers and without easy access to ocean and air freight.

GW helped move the distribution center to Germany, closer to Tianhai's customer base and ocean shipments. Airfreight lead times and costs also dropped due to the greater availability of commercial airports in Germany.

Do it Best, a U.S.-based, member-owned comprehensive hardware, lumber, and building materials cooperative, and Miami, Florida-based Ryder System have worked together since the early 1980s. "Our long relationship has proven to be reliable, trustworthy, and a great collaboration," says Tim Miller, vice president of logistics with Do it Best.

From eight distribution centers in the United States, Do it Best serves about 4,000 domestic brick-and-mortar retailers, as well as retailers in 50 other countries, and e-commerce sellers. Each store receives inventory shipments at least once weekly.

Ryder employees, typically including a dispatcher and site manager, are on-site at Do it Best's warehouses and distribution centers.

"Our on-time performance leads the industry at about 93%," Miller says, adding that Do it Best doesn't cut itself any slack for mechanical failures or inclement weather.

Do it Best was one of the first companies to agree to test RyderShare, a new, collaborative logistics platform. Miller notes that he sometimes prefers to be a fast follower, rather than a first adopter, when it comes to technology innovations. He went ahead based on his trust in the relationship with Ryder, as well as Ryder's vision for this tool.

In the run-up to the test of the system, the Ryder team, including management and developers, spent considerable time at Do it Best's offices. "We sat side by side so they could learn our jobs and pain points," Miller says.

Do it Best launched RyderShare about one year ago. Its benefits became particularly clear during the pandemic. Sales at Do it Best rose by about one-third and have remained higher than normal.

The number of drivers, tractors, and trailers needed to move products also rose. Maintaining Do it Best's on-time delivery levels would have been impossible without the instant visibility to hundreds of routes provided by RyderShare, Miller says.

Ryder's help accessing additional trailers, tractors, and drivers—in some cases, in the wee hours of the morning—also was critical. Ryder was able to shift some drivers from retailers that had closed because of the pandemic. "They were able to find hundreds of surge drivers for several months," Miller says.

The ability to maintain consistent deliveries, aided by RyderShare, has helped Do it Best sustain its market share gains. 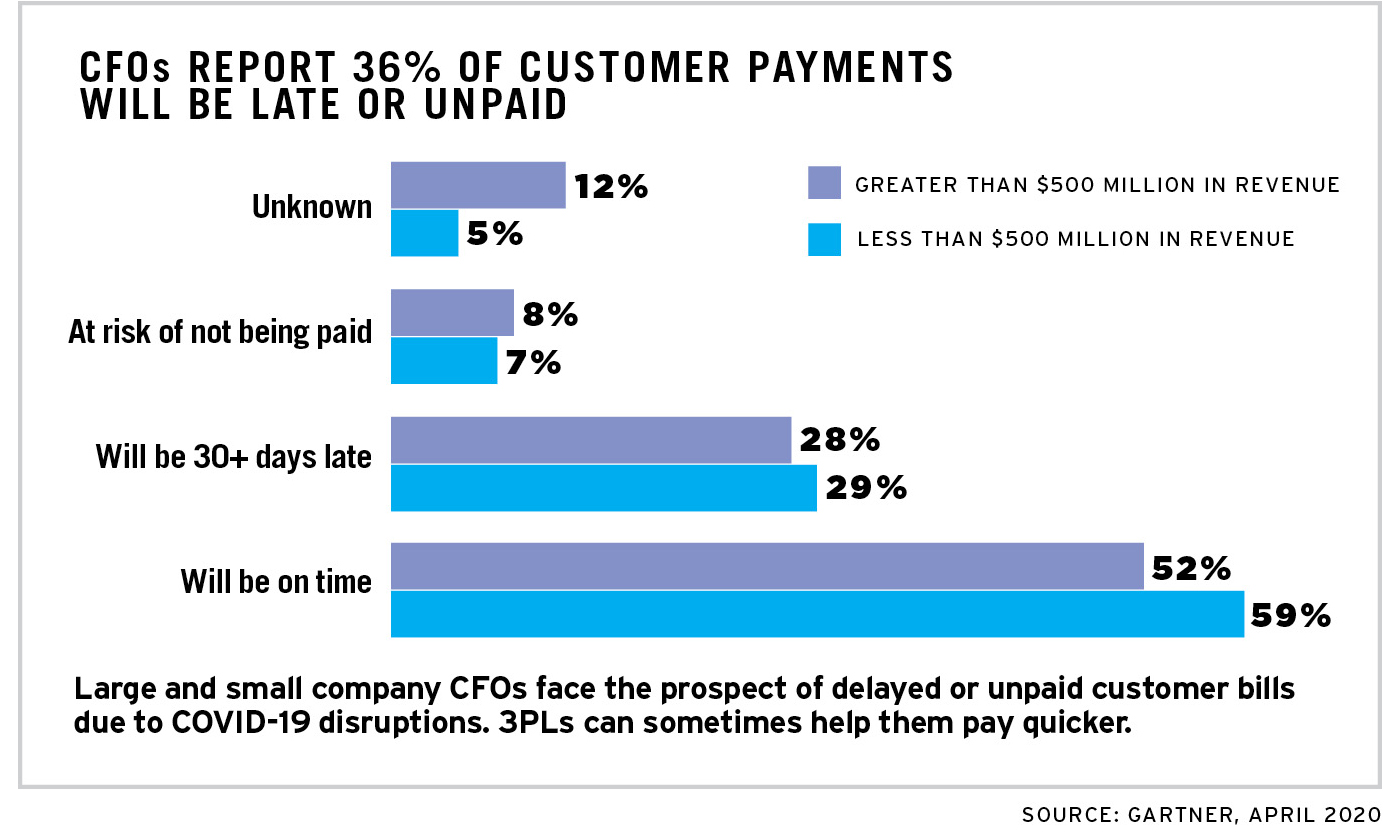 As the contracts to manage two finished-goods Panasonic North America warehouses were coming up for renewal, management was also discussing a shift to a more strategic approach with its 3PL partners, says Joe Haury, vice president of global logistics with the Newark, New Jersey division of Panasonic Corporation.

"This would let us align the relationship with our priorities and goals, such as Lean deployment, using data to drive decisions and leveraging KPIs to track improvement," he says.

In spring 2019, Sunland Logistics Solutions, based in Simpsonville, South Carolina, was awarded the RFP to manage the warehouses. A key reason was Sunland's "open-mindedness and willingness to understand and respond to the voice of the customer," Haury says.

From the start, the two companies have employed a collaborative approach to addressing challenges. One was the tight time frame in which Sunland would have to assume operation of the warehouses—just five months, and that included moving the warehouse operations from Aurora, Illinois, to a new location.

Robust engagement with key stakeholders from both parties was critical. This included employees not just from logistics, but also from customer service, order fulfillment, and procurement. "All were available to talk through potential challenges," says Elijah Ray, chief customer officer with Sunland.

Detailed planning was similarly key. "Along with tools like block diagrams and process flows, we planned down to the detailed SKU and inventory quantities to be transferred to the new location," Ray says.

The hard work paid off. The handoffs occurred with minimal impact to Panasonic's supply chain or customers.

Once the new team was in place, the real successes in warehouse operation have come from deploying Lean tools to address challenges and continually improve operations. To start, Panasonic and Sunland jointly hosted several Kaizen events (Kaizen is a philosophy of continuous improvement).

For several days, employees from both Panasonic and Sunland focus on an area, starting by crafting a problem statement that all parties agree captures the challenge. From this, they work to identify the root cause.

A next step is "Go to the Gemba," or observe the process under review to understand it in action. Operational problems are best solved when the team goes to the floor to see what the real issues are, Ray says.

These ongoing efforts are helping to drive sustained improvement in warehouse operations. "You can't allow operations to become stagnant," Haury says. "Incremental small changes are a fundamental principle of Lean."

As Sunland continues to focus on continuous improvement, they challenge both themselves and Panasonic. "They've been highly engaged, from top leaders to analysts," Haury says. "With a key strategic relationship, we can rely on them to make us better."

Between 2014 and 2019, the number of Iowa retail outlets that receive and sell hard liquor has grown from about 1,200 locations to 1,700. In 2018, the Iowa Alcoholic Beverages Division (IABD) decided to establish a partnership with a 3PL. "The growth in the number of outlets we had to service was so big, we couldn't do it with our existing framework," says Stephen Larson, IABD administrator.

The partnership is "like a well-oiled machine," Larson says. He credits preparation, including carefully outlining goals and expectations during the RFP process, as well as Ruan's fulfillment experience. "They were able to integrate operations and hit the ground running," Larson says. In fact, turnaround time improved, with most orders delivered within 36 hours.

The More the Merrier

The relationships where Ruan provides more than one service tend to be the strongest, says Marty Wadle, the 3PL's senior vice president of commercial solutions. The reason? Ruan becomes better ingrained in the shipper's supply chain, gaining an in-depth understanding of it, and enhancing its ability to make improvements.

Between Ruan and IABD, a joint "system of accountability and communication" ensures service and safety remain high, Larson says. That includes regularly monitoring and measuring on-time deliveries, breakage, and mispicks. In all areas, IABD is trending above industry standards.

As important, the partnership has allowed IABD to maintain service levels, even as the number of locations has jumped. Had IABD continued on its own, it likely would have had to take steps that would have cut into service, such as raising minimum order quantities or delivering less frequently.

The efficiencies and value 3PLs can offer their clients are helping to drive growth in the industry at a rate that tops GPD growth by several times, the TIA says. "3PLs are incented to move shippers' goods in the most efficient way possible," Voltmann says.