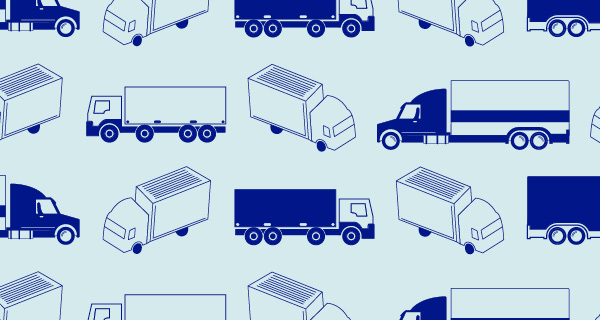 Insights collected through Inbound Logistics' exclusive annual survey of shippers and truckers find the industry's most significant trends and challenges.

Getting a truck when you need one, and not paying too much for that service, remain two of the biggest concerns for over-the-road shippers, according to Trucking Perspectives, Inbound Logistics' annual survey of the trucking market. Seventy-eight percent of shippers who responded to the 2018 survey say they've endured rate hikes, apart from fuel surcharges, this year (see Figure 2). That's a sizeable jump from the 60 percent who saw rates rise in 2017. 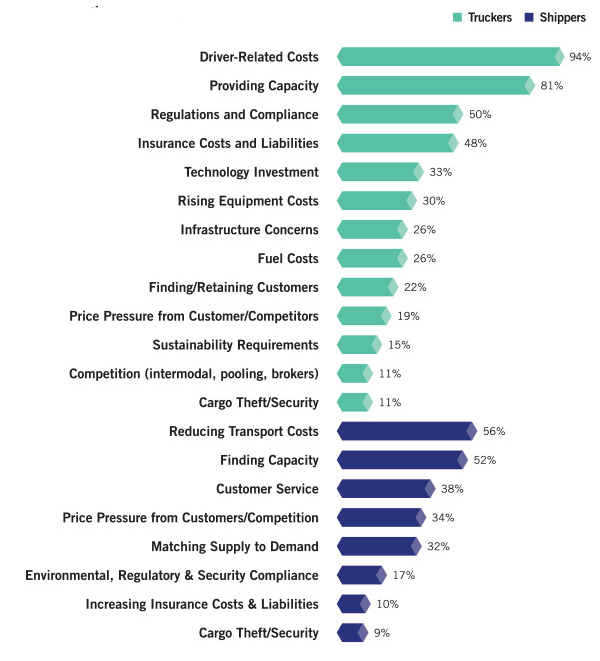 "Everything has definitely gone up," agrees Valerie Smith, business developer at Imaan International, an electronics recycling company in Fredericksburg, Virginia.

Imaan ships electronics to its facility for processing and then sends the scrap to customers around the United States. Freight rates have turned into such a concern, the company has started working with two third-party service providers rather than one. "We give our request to both providers and just go with whoever's cheaper," she says.

Price hikes should come as no surprise as shippers compete for space in a tight capacity market: It's a simple matter of supply and demand. Among shippers who responded to the survey, 62 percent say they have experienced a shortage of truck capacity (see Figure 2).

Figure 2. SHIPPERS: Have you experienced…

IT's CRUNCH TIME FOR Chemical Shippers

Steven Tapscott, vice president, sales and marketing, at liquid bulk carrier Miller Transportation Services in Jackson, Mississippi, understands very well why shippers feel this crunch, especially in the chemical industry, his company's core market. Some of the blame falls on the healthy economy.

"Customers in general, and chemical customers specifically, are growing faster than driver growth can possibly keep up," Tapscott says. "The chemical industry is growing at a faster rate than the GDP (gross domestic product). But the driver population is not growing at that pace, which exacerbates the problem."

When asked to list the biggest challenges they face, 52 percent of shippers who responded to the survey name finding capacity" and 56 percent name "reducing transportation cost." (See Figure 1)

Apparently, those two issues represent even bigger challenges for trucking companies. Eighty-one percent of carrier respondents list "finding capacity" as one of their greatest challenges, a big jump from the 41 percent who gave that reply in 2017. And a vast majority—94 percent—list driver-related costs as an important concern.

Competition for drivers is pushing up costs for both carriers and shippers. "We've increased driver pay by 11 percent year to date, which represents the greatest increase in the history of our company," says Brent Nussbaum, chief executive officer of Nussbaum Transportation in Hudson, Illinois. Along with that hike comes the challenge of explaining to customers why driver pay is forcing up freight rates.

Most customers understand, but those shippers are also struggling with cost increases for raw materials and for their own labor. "And then they have trucking companies coming along saying, 'We can't find drivers, and therefore your costs are going up,'" Nussbaum says. "They're getting hit on all levels."

Rate hikes have become such an issue at Imaan International that at one point, the company looked into buying its own truck and hiring its own driver to handle deliveries. But Imaan ran smack into the realities of the driver shortage: "In three months, we received three applications," Smith says.

To help alleviate the capacity half of the supply and demand problem, Miller Transportation tries to make sure delivery appointments are honored and drivers get in and out of chemical plants as fast as possible.

"We are working with our customers toward expanded hours and scheduling flexibility, so we can increase our utilization of the driver's time and make sure our customers understand how valuable that time is," Tapscott says. If the carrier can increase efficiency by a couple of percentage points, that's the same as gaining more drivers.

Atlanta Bonded Warehouse (ABW), a third-party logistics company (3PL) that makes less-than-truckload deliveries to customers with its own truck fleet, also wrestles with the challenge of keeping drivers on the road, rather than in customers' facilities. Unlike many other carriers, ABW pays drivers by the hour, instead of by the mile, and that seems to work well for the company, says Hal Justice, vice president at ABW in Kennesaw, Georgia.

"But how do you compensate drivers for detention?" he asks. "A constant challenge is figuring out how to equitably pay drivers when they're not driving."

Figure 3. TRUCKERS: As a leading economic indicator, where do you see the economy trending? 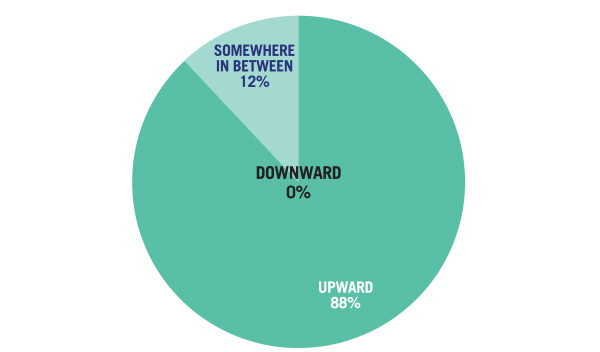 While the driver shortage puts a strain on capacity, so do federal hours of service (HoS) regulations for drivers. In 2018, 89 percent of trucker respondents say that HoS regulations have had either a marked impact or somewhat of an impact on their operations, an 11-percent increase over 2017 (see Figure 12).

"Drivers have to log their hours, whether they're waiting in line to pick up at a sea freight terminal or sitting at our loading dock," says John Perry, logistics manager at Hussey Seating Company, which ships retractable bleachers from its factory in North Berwick, Maine, to customers' sites. "They can't get as far in one day as they used to."

Automated enforcement of HoS regulations through onboard electronic logging devices (ELDs)—mandatory on most commercial trucks since December 2017—has created new anxieties for drivers. Now that the work day comes with a non-negotiable end point, drivers worry about running out of time before they find a safe, appropriate place to spend the night, Nussbaum says. In response to that concern, many truck stops now let drivers reserve parking spots in advance, but they charge for that privilege.

Nussbaum has decided to underwrite that cost for its drivers. "We don't want there to be any anxiety about parking," he says. "We will not complain about the cost; we'll just do it."

Figure 4. TRUCKERS: What legislative measures have the greatest impact on your business?

Figure 5. SHIPPERS: What is more important, your relationship with your carrier or with your broker/intermediary? 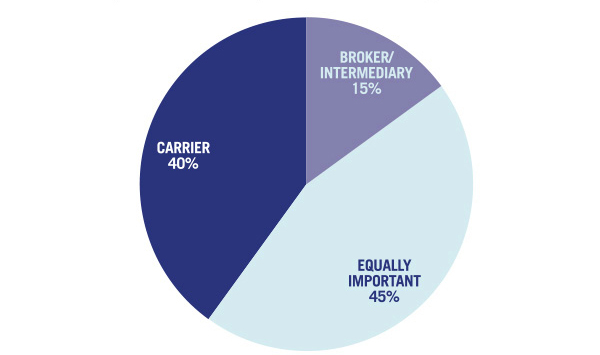 Along with cost and capacity, one thing shippers care a great deal about is the quality of service they get from a trucking company. When asked to name the most important factors they consider when choosing a motor carrier, 84 percent mention reliability, and 62 percent name customer service. Not surprisingly, price is also a big factor, mentioned by 73 percent of shippers (see Figure 7).

Figure 6. TRUCKERS: What primary types of service do you offer? 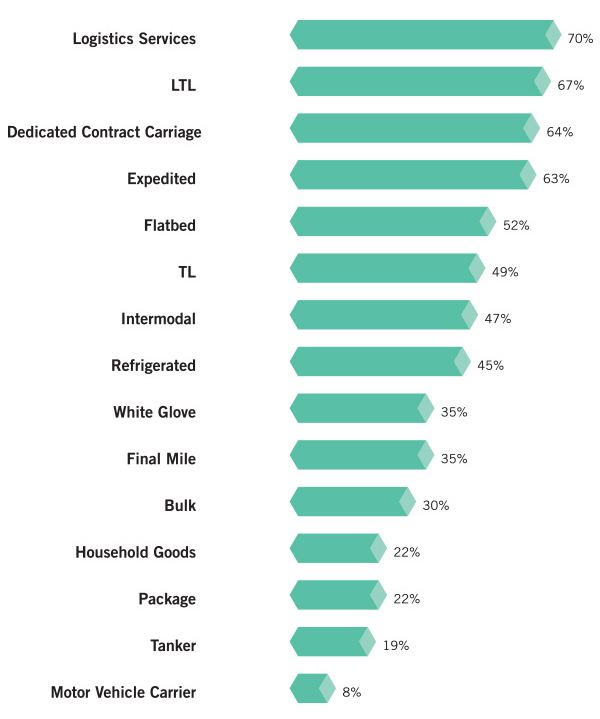 Figure 7. SHIPPERS: What are the most important factors to consider when choosing a trucker? 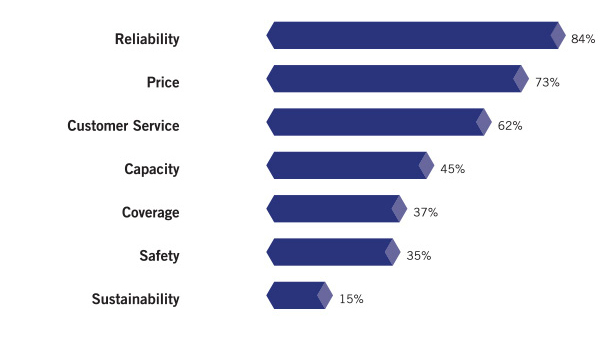 For Hussey Seating Company, reliability is probably the most important criterion, Perry says. That's because the company usually ships to construction sites where crews are waiting to unload and install.

"Having someone arrive on time is critical to our business," he says. Trucks arriving late to pick up product from the factory causes problems as well.

Unfortunately, on-time performance has been uneven recently. "Today, we had a truck that was supposed to pick up at 11 am," Perry reported one day in late August. "The dispatcher called to say he will be here at 4 pm. We have to keep our crew here, on overtime, to load it."

Some problems with on-time pickup and delivery grow out of carriers' efforts to improve capacity utilization by eliminating deadhead miles, Perry observes. Often, trucks come to his facility in the afternoon for a pickup after unloading at another company's dock in the morning.

"A waiting period when they're being unloaded tends to dictate whether they can arrive on time to pick up," he adds.

Obtaining dependable service is sometimes also a challenge for National Technical Systems, a testing, inspection, and certification company that ships customers' systems for testing, plus its own test equipment, among 25 labs across the country. Many of these shipments are time critical.

"The solution is to use the bigger trucking companies," he adds. "You pay more, but you have a better dependability rate."

Figure 8. TRUCKERS: What industries/commodities do you serve? 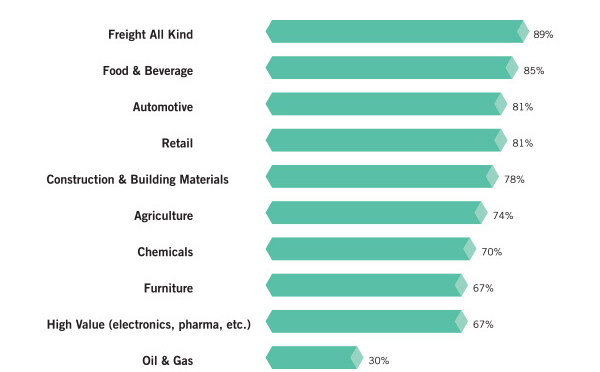 Figure 9. TRUCKERS: What is your operating area? 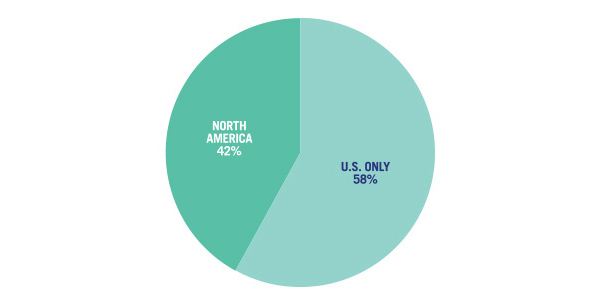 Among trucking companies, another notable challenge concerns insurance costs and liabilities. Forty-eight percent of trucking respondents list this as a significant challenge, up slightly from 41 percent in 2017.

Nussbaum notes the particular concern that companies face when attorneys target the trucking industry "All over the Midwest, one particular law firm has covered the interstate with ads that say, 'In an accident with a truck? Call us,'" he says.

To avoid liability—and, of course, to keep drivers and other motorists safe—Nussbaum Transportation has invested heavily in technologies such as collision avoidance systems, lane departure warning systems, anti-roll technology, and inward- and outward-facing cameras.

Carriers also continue their commitment to promoting sustainable operations. Among respondents, 96 percent report they are certified through the Environmental Protection Agency's SmartWay program, up slightly from 92 percent in 2017.

One bit of data that emerged from the survey points to a strong sense of optimism, at least among carriers. Asked in 2017 which way they thought the economy was trending, 71 percent of respondents at trucking companies answered "upward." In 2018, that number is 88 percent.

Figure 10. TRUCKERS: What certifications do you hold?

Figure 11. TRUCKERS: Do you provide any global services beyond North America? 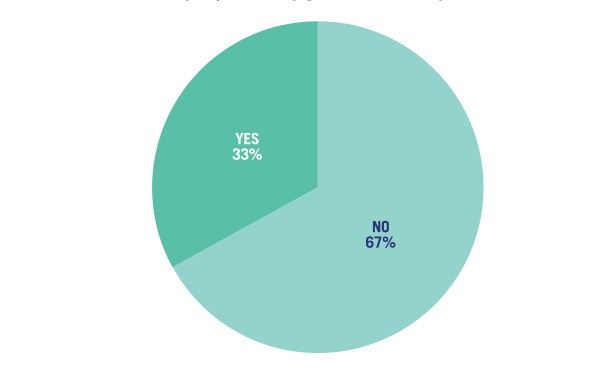 Figure 12. What impact have Hours-of-Service regulations had on your operations?

First, IL solicited more than 300 trucking companies to complete a questionnaire that documents their assets, service capabilities, operational scope, and areas of expertise. We also asked carriers to comment on challenges and opportunities in today's market.

Second, we reached out to freight shippers to comment on industry trends, regulatory challenges, and their partnerships with carriers.