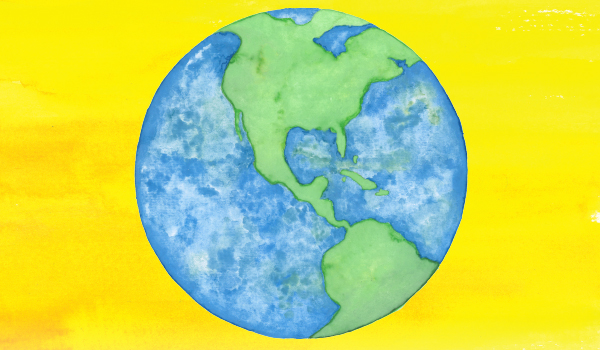 Inbound Logistics' 14th annual Global Logistics Guide presents a transportation and logistics world atlas to help you stay on top of shifting global dynamics and identify and map out continents and countries that require further exploration.

This year marks Inbound Logistics' 14th-annual Global Logistics Guide, a spin around the world to evaluate supply chain and logistics hotspots based on structural, economic, political, and social criteria.

That the Global Guide has evolved beyond bridge-and-mortar analysis of transportation and logistics infrastructure is testament to the changing environment companies trade in. Technology makes the world a much smaller place. In fact, IT network readiness has become an important consideration as globe-trotting businesses evaluate new logistics locations.

Still, as communication barriers fall, new ones emerge. Politics and policies, protectionism, social unrest, and consumer demand for transparency and expediency shade new perils as shippers consider different reckonings. When eying markets to sell into, locations to source from, hubs to distribute through, and tech centers to innovate with, manufacturers, retailers, and third-party providers need to consider site selection with far greater prudence.

Supply chains are becoming more demand-centric, which impacts how businesses go to market. Decentralization has long been a popular strategy for companies keen on manufacturing products for local consumption—thereby reducing lead times, increasing speed to market, shrinking transport costs, and eliminating carbon emissions. Other shippers are looking at postponement strategies that push value-added manufacturing and assembly farther downstream. Follow the future demand curve and you'll find progressive governments that are investing in transportation and IT infrastructure to attract the next wave of growth.

To help you suss out these dynamics and align your compass with new sites of interest, the Global Logistics Guide offers country-by-country snapshots with need-to-know information. IL identifies leading supply chain and logistics hotspots as possessing three key success factors:

There are intangibles at play as well. Our X-Factor qualifier considers other determinants such as political stability, labor markets, and foreign investment policy that may shade a country's appeal one way or the other.

If you have questions or comments about our methodology and selections, please email: editor@inboundlogistics.com

Countries are ranked on three criteria: transportation infrastructure (T: 1—4 points), IT competency (I: 1—3 points), and business culture (B: 1—3 points). Points are totaled for all categories—taking into consideration X-Factor (X: plus or minus) points—to determine final ranking: 10 is highest, 3 is lowest.

North America's prospects are largely tied to ongoing and unsettled NAFTA negotiations between its three-largest economies.

"Rules of origin" is a focal point for U.S. negotiators looking to raise the threshold for the percentage of products (automobiles, notably) sourced from NAFTA and the United States. The Trump administration has also raised concerns of anti-competitive subsidies in Canada, specifically around dairy and timber production. Threats to impose tariffs—which the United States has already delivered on appliances, solar panels, steel, and aluminum—could ratchet up retaliatory reactions from impacted countries such as China. While the United States may not hold Canada and Mexico equally accountable, Mexico—long a low-cost maquila-manufacturing machine—is especially vulnerable to shifting U.S. trade policies.

Panama's star continues to shine as traffic through the canal encourages more investment in logistics infrastructure and capabilities that attract value-added distribution activity. But Venezuela's growing socio-economic crisis is a concern. Refugees are flooding Panama and Colombia, where commodity dependency and an uncertain FARC peace pose greater downside exposures.

Economy is very much tied to global commodity markets - for better or worse. Last year’s performance trended toward the former as consistent 3% quarterly GDP growth buffeted prospects. NAFTA uncertainty remains a concern, but there’s less at stake than Mexico’s exposure.

NAFTA uncertainty, a U.S. mandate to re-shore manufacturing, and recurring violence have cast a pall over Mexico’s short-term prospects.

An expanded canal only augments the country’s value proposition as a logistics and distribution crossroads—notably as a postponement hub for value-added product differentiation.

Brexit is starting to be impactful. Multinationals with footprints in Britain are feeling the strain of uncertain trade politics. According to a recent poll by the Competitiveness and Innovation Framework Program, 63 percent of EU businesses with suppliers in the United Kingdom expect to relocate parts of their supply chains. Beyond that, many manufacturers are rethinking their logistics networks.

The United Kingdom's messy breakup with the EU, a contrast of populist cause and economic effect, is an appropriate backdrop for Europe's current circumstances. Eurozone business has been booming. IHS Markit's Composite Purchasing Managers' Index is largely positive, boding well for short-term expansion.

But there are clouds on the horizon. Angela Merkel has struggled to form a coalition government as populist sensibilities envelope Europe. That Germany, the EU's voice of pragmatism, has been forced to look inwardly while Brexit negotiations hang in the balance is disconcerting. Social unrest in Italy and Spain is no less inspiring, especially as economic reforms go wanting. And President Trump holding the European Union in contempt of U.S. trade policies with new steel and aluminum tariffs also target Germany's automobile industry.

The reality for Europe? Its union is cracking as nationalist politics and protectionism take precedence over regional trade.

A re-export reliant economy with few natural resources beyond its centralized European location, the country has become a hotbed for logistics distribution hubs thanks to excellent transportation infrastructure.

The eurozone’s second-largest economy grew faster than expected in 2017 on the strength of corporate investment and domestic consumption. High unemployment still remains a problem.

Escaping the vestiges of Communism, it took advantage of cheap manufacturing and proximity to key markets to attract foreign investment. Now the government wants more control over policy to drive entrepreneurship and grassroots economic development so the country is more self sufficient and less dependent on FDI.

Long dependent on natural resources Putin has signaled the country needs to privatize to drive growth and insulate from global commodity fluctuations.

Apart from a favorable location in the crossroads of Europe, strong financial sector and high-tech manufacturing are magnets.

While recent socio-political disease has unsettled foreign trade prospects and investment, it will likely be the European gateway to China’s New Silk Road initiative—helping to spur new logistics investment.

OPEC countries were caught off guard after President Trump's victory in the 2016 U.S. elections. They were forced to react rather than dictate, as Trump's intent to grow U.S. oil production put them in an untenable position—losing value and share.

Consequently, Middle East countries have been diversifying their economies away from volatile commodity trades. The United Arab Emirates has long been a model to its peers. Dubai, never at the epicenter of oil/petroleum production in country, built itself into a transportation and logistics hub with ports and airports ranked in the world's top 50. The city has also become a financial and trade center for the region. Now the Saudis are looking to follow suit with development of logistics industrial zones near the Jeddah Islamic Port.

Middle East foreign interest and investment are also tied to its location. As China builds out a New Silk Road trade route, Africa looms large on its agenda. The continent still lags in transportation infrastructure. Egypt, South Africa, and Nigeria are top economies. Yet all have faced considerable social upheaval, political unrest, and commodity dependency—opening the door for others to take control of a developing labor and demand market.

With two world-class ports and airports in Dubai, the country has become one of the foremost ocean-air hubs in the world. Bodes well for nascent trade development into Africa.

Featuring the second-largest container port in the world and booming high-tech trade, Singapore is attracting significant foreign investment. It also serves as a good example for neighbors such as Malaysia, Indonesia, and Thailand—long exploited for their abundance of natural resources. They are looking to leverage Singapore's proximity to establish more vertically integrated processing and value-added manufacturing sectors that help insulate against commodity fluctuations. As a predominant transshipment hub, that was once a concern for Singapore as well.

India's modernization under Prime Minster Modi continues at pace. While demonetization and a troubled Goods and Services Tax rollout took some luster off its shine, economic prospects burn bright. Simplified tax structures make it easier for the private sector to flourish. India has also eased FDI rules to enable more outside-in investment and development as it looks to spark inside-out domestic growth. Still, for a country soon to become the largest populace in the world, India has only one port and one airport ranked in the world's top 50. Road and rail infrastructure and port density are outstanding concerns. Don't overlook China's encroachment west with the "One Belt One Road" initiative.

Its star is on the rise as policy reforms (GST) and easing FDI restrictions help spur private sector growth. Business process outsourcing and IT R&D remain strengths—transport infrastructure remains a pain point. Despite a population of 1.3 billion, India features only one port and one airport in the world’s top 50.

Sovereignty remains up for debate, while strengthening domestic consumption and exports bolster economic growth. Concerns of cross-strait coercion and retaliation against independence rhetoric have thus far been muted.

Southeast Asia’s second-largest economy is looking to evolve beyond the “cheap labor and natural resources” stereotype by investing in technology and upskilling its manufacturing workforce.

The United States pulled out of the Trans-Pacific Partnership (TPP), creating a notable void. Will Japan pick up the slack? Or has the United States handed China the keys to a trade bloc that will soon feature two-thirds of the world's middle class? Time will tell.

Intra-Asian trade has been on the make as China's demand economy continues to mature, opening doors for Vietnam, Malaysia, Indonesia and others to emerge as preferred low-cost manufacturing locations. More telling, President Xi Jinping's government is heavily invested in the "One Belt One Road" initiative as it looks to create an intermodal land bridge to Europe while also opening Central Asia to trade. Who needs TPP?

Presidential impeachment, uncertainty over a U.S.-Korea free trade agreement, and unsettled diplomacy with its neighbor to the north shade the country’s prospects, Olympics infrastructure infusion notwithstanding.

Featuring two world-class container ports (both in Saigon) and one airport (Hanoi), the country has become a low-cost manufacturing hub within a burgeoning intra-Asia trade network.