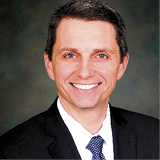 Panama has completed the monumental $5.25-billion overhaul of the Panama Canal, which will have far-reaching implications for any business that employs or is part of an international supply chain.

The Panama Canal can now accommodate ships that are one-third larger than before. These megaships carry 45 percent of the world’s cargo and will be able to take shorter routes and save an average of $3,600 per cargo shipment, affording both businesses and consumers better prices, reduced carbon emissions, and faster delivery.

According to the Bank of America Merrill Lynch 2016 CFO Outlook, 61 percent of companies report they will have some foreign market involvement this year, with 48 percent buying from foreign markets, 41 percent selling to foreign markets, and 21 percent having operations outside the United States.

Many of these companies—particularly those located in the southeast United States—are re-thinking trade routes and investing in new infrastructure to take advantage of the expansion of the Panama Canal.

The impact of the Panama Canal expansion on supply chains goes beyond shipping considerations. It’s important to think in terms of intermodal infrastructure (moving containers from ship to rail to truck).

Many U.S. businesses have been shipping goods from Asia to the West Coast and then trucking them through the interior of the United States to the East Coast. Now companies can, for example, move goods directly from Asia and the western regions of South America to states like Florida.

Flagler Global Logistics, for example, fumigates blueberries and traditionally transported them through Philadelphia. The blueberries come from South America and were previously transported via steamships to Philadelphia and then trucked down to Florida. By building out their supply chain and warehousing infrastructure and working with border protection and the U.S. Food & Drug Administration, the company can now import blueberries and fumigate them in Florida. The blueberries wind up in grocery stores a week earlier and stay fresh longer.

The new Panama Canal can help bring twice as many cargo containers through Philadelphia (estimated 8,000 to 9,400 20-foot containers). Philadelphia isn’t the only city that’s benefiting; this monumental expansion has huge impacts in port cities throughout the United States.

Best ways to Leverage the expansion

The expansion of the Panama Canal promises significant changes in trade patterns and increased global trade, but what are the best ways for organizations to take advantage of this new opportunity? There are three main matters to consider, including establishing operations in port cities, upgrading supply chain infrastructure, and investing in business infrastructure.

First, businesses should consider whether it makes sense to establish operations in port cities in the southeast United States, particularly in Florida in ports such as Jacksonville and Tampa, which have made significant investments in upgrading their infrastructure to accommodate larger ships. In addition, Virginia ports have been undergoing infrastructure projects to handle larger ships and to facilitate the movement of goods to their final destination. In Georgia, federal and commercial entities have been working to develop a consolidated network of transit modes to move products. And in South Carolina, the Port of Charleston underwent a $1.6-billion expansion of its harbor to upgrade strategic gateways, already with the deepest harbor in the Southeast United States, to benefit the already busy port city.

Companies also need to look at their own infrastructure upgrades and investments. For example, one furniture retailer has recently invested in sophisticated supply chain and logistics to take advantage of the goods that will come into the East Coast via the Panama Canal, allowing them to deliver goods to customers more swiftly.

Finally, executives should examine their technology needs, including financial solutions, to handle what may become increased global business facilitated by the expansion of the Panama Canal. As companies look to grow and scale, they will need financial and analytics solutions in place to manage risk and have greater visibility into capital needs. Working with banks or financial consultants is a good first step, not only to examine these needs but also to discuss how best to work with foreign markets.

Going forward, U.S. companies have a unique opportunity to grow and gain market share due to the Panama Canal expansion. Now is the time to ensure that business strategies and infrastructure needs are considered to accommodate the new wave of opportunities.