How the Panama Canal Expansion Will Shake Up U.S. Shipping 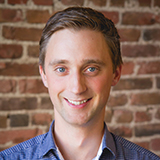 The expansion of the Panama Canal, expected to be completed by the end of June 2016, will rewrite the rules of shipping, with far-ranging impacts for logistics managers, retailers, railroads, and public infrastructure across the United States. More than a decade in the making, the canal expansion not only increases the number of ships that will be able to pass through, but accommodates ships with nearly triple the cargo capacity.

As a result, this event is poised to have a material effect on the economics of container shipping.

U.S. shippers (primarily based inland) will have more cost-effective options

Notably, importers who do business nationally or that are based in the Midwest and Southern United States will have the most to gain from rerouting freight from Asia through ports like New York, New Jersey, Norfolk, Savannah, Charleston, and Houston. This part of the United States is where logistics calculations will change the most. Today, businesses in this region typically receive shipments from Asia via West Coast ports like Los Angeles, Long Beach, Oakland, Seattle, and Vancouver.

Companies in Cincinnati, Cleveland, Columbus, Louisville, and Memphis will shift to shipping more frequently through East Coast and Gulf Coast ports. These cities are distribution hubs, so shipping patterns to the surrounding regions will be affected as well.

The Panama Canal option will not make sense for all freight, but it will for many products that are lower value, high volume, and do not require fast delivery (e.g, a shipment from Asia to Houston would be delayed 4-7 days by a detour through the Panama Canal). Because of the added shipping time, importers who pursue this strategy will need to carry more inventory.

The cheaper route scenarios to the East Coast and Gulf Coast will be a big blow to rail operators such as BNSF Railway and Union Pacific. They’re both Western U.S. railroad networks that will lose significant cargo volume.

Carriers like Maersk and MSC are already starting to offer direct service to Houston and Mobile, Ala. based on anticipation of increased demand for services. Already in 2015, TEU growth of U.S. Gulf Coast ports exceeded that of the overall U.S. container trade growth.

As a result, shipments may not need to be railed from West Coast ports such as Los Angeles. In the meantime, Eastern U.S. railroad networks like CSX and Norfolk Southern will be able to pick up significantly more cargo volume.

Many companies around Cincinnati, Cleveland, Columbus, Louisville, and Memphis will consider shipping through the East Coast and Gulf Coast ports (e.g., New York-New Jersey, Norfolk, Savannah, Charleston, Houston). Many of these Midwestern and Southern cities are significant distribution hubs by truck, rail, or air, so their surrounding areas will also be affected, increasing volume on CSX and Norfolk Southern rail companies.

This will be an incremental impact, rather than a revolutionary one. Still, it’s significant enough that rail carriers should be planning for the impact on their volume.

One example of a rail carrier adjusting for the expected surge in demand: Canadian National (CN) plans to move freight through the port of Mobile, Ala., which has facilities capable of handling supersize post-Panamax ships. CN owns a rail line connecting Mobile to Memphis and Midwest markets. Walmart is also considering a 2.9 million-­square-foot import distribution center near the Port of Mobile.

Infrastructure Shortcomings Stand in the Way

To unlock the full economic benefits of this expansion, however, East Coast ports will need infrastructure upgrades which include deeper harbors and higher bridges.

Projects in Charleston, Savannah, Miami, Boston, and New York aim to accommodate the high-value Asian import ships and the mega-ships already coming in from the Suez Canal and the coming increase via Panama. Yet many Eastern U.S. ports aren’t ready yet.

For example, the ports of Savannah and Charleston both need to be deeper to accept post-Panamax ships. A dredging project is underway in Savannah but isn’t expected to be complete until 2018. The one for Charleston is still on the drawing boards. Optimistically, if the project receives Congressional approval, it might be complete by 2020.

In another scenario, the Port Authority of New York and New Jersey announced delays in its $1.3-billion plan to raise and renovate the Bayonne Bridge. The navigational clearance at the Bayonne Bridge is scheduled to be completed next year, and the ports will be able to handle 14,000-TEU vessels toward the end of 2017. Under the original schedule, the bridge was to have been raised by the end of 2015.

Even Mother Nature might not cooperate. Because of lower water levels associated with El Niño drought conditions, Panama Canal officials recently imposed a temporary restriction limiting ships to a maximum draught of 39 feet. In other words, depending on the weather, there could be times when fully loaded ships could not make the passage.

When the Panama Canal first opened in 1914, it cut 8,000 miles and several weeks of transit time off a journey from New York to California. Widening the canal will once again transform the flow of cargo across North America.

Ultimately, the Panama Canal’s expansion will have a material effect on the flow of American commerce—and this impact will deepen as East Coast ports, transportation systems, and the infrastructure adjust to this expansion.