How to Handle DOT and GHS Regulations 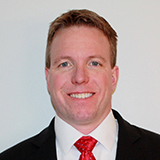 The Globally Harmonized System of Classification and Labeling of Chemicals (GHS) deadlines that went into effect on June 1 and December 1, 2015, respectively, have significantly impacted U.S. chemical manufacturers and distributors.

By now, all chemicals being shipped by manufacturers and distributors should meet the Occupational Safety and Health Administration (OSHA) Hazard Communication Standard (HCS) GHS requirements, as well as the packaging, marking, and labeling requirements for hazardous materials transported in commerce (e.g., 49 CFR Parts 171-180, IATA, IMO, etc.).

The transport regulations help protect against accidents while hazardous materials are in transit—short-term, high-level hazards—and generally come from US 49 CFR Parts 100-185, based on the United Nations’ Model Regulations. These are not affected by the new GHS-based HCS regulations.

The HCS is defined by OSHA in US 29 CFR 1910.1200 and adapted from the United Nation’s GHS. It applies primarily to containers used in the workplace by employees, although packages shipped in commerce may require treatment depending on their consignee. These regulations set more stringent criteria and allow fewer exceptions, since they help protect people who work with hazardous materials (often stored in large quantities) day in and day out.

Mastering both GHS and transportation requirements for hazardous materials, and ensuring that one doesn’t incorrectly impact the other, has proven to be no small task for the industry in general. Thus, in addition to complying with completely different sets of regulations for workplace HCS and dangerous goods (DG) transport, shippers also have to understand where one ends and the other begins.

As if mastering the regulations isn’t complicated enough, there have been examples of agency retractions that have not yet made their way into final amended rules that can currently only be found in official letters of interpretation (LOI). For example, in 29 CFR 1910.1200, Appendix C.2.3.3, OSHA states "[w]here a pictogram required by the Department of Transportation under Title 49 of the Code of Federal Regulations appears on a shipped container, the pictogram specified in C.4 for the same hazard shall not appear."

OSHA later became aware that the Department of Transportation (DOT) does not view the GHS pictograms as a conflict with DOT’s requirements, and that in some international trade situations both transportation and GHS labeling may be required on the exterior of shipped containers. A December 20, 2012 LOI issued by OSHA clarifies this discrepancy and acknowledges that they intend to revise C.2.3.3; however, more than three years later, no revision to the regulation has been completed.

To further complicate things, there are instances where a shipped container is the primary chemical container and is required to display GHS hazard pictograms and associated hazard statement(s), precautionary statement(s), etc. However, such shipments may not require hazardous material transportation labeling in accordance with DOT 49 CFR regulations.

These types of shipments have the potential to incur delays while in transit if someone identifies GHS labeling and questions whether or not the shipment may be missing any required transportation labeling/marking.

Since the implementation of OSHA GHS requirements on chemical shipments, real-world applications have continued to produce scenarios and questions that are not explicitly covered in the regulations. Manufacturers and distributors will continue to be burdened with regulatory changes as the regulators struggle to get caught up and finalize amendments to address needed clarifications. The bigger picture, though, is continued progress toward global public safety.

To continue shipping products legally, use the same set of rules that you’ve always followed. However, the containers within those shipments may require labeling under the new GHS standards.

If packages serve as both the shipping package and the final-use container, they’ll probably require both proper transport labels and the new HCS hazard communication labels.

Keeping teams on top of two sets of regulations is not an easy task. Staying informed about current regulations will go a long way in ensuring shipments are compliant, efficient, and safe.